The elephants had walked 500 kilometers from a nature reserve in Yunnan's mountainous southwest and reached the Jinning district on the edge of Kunming, a city of 7 million people and capital of Yunnan province. 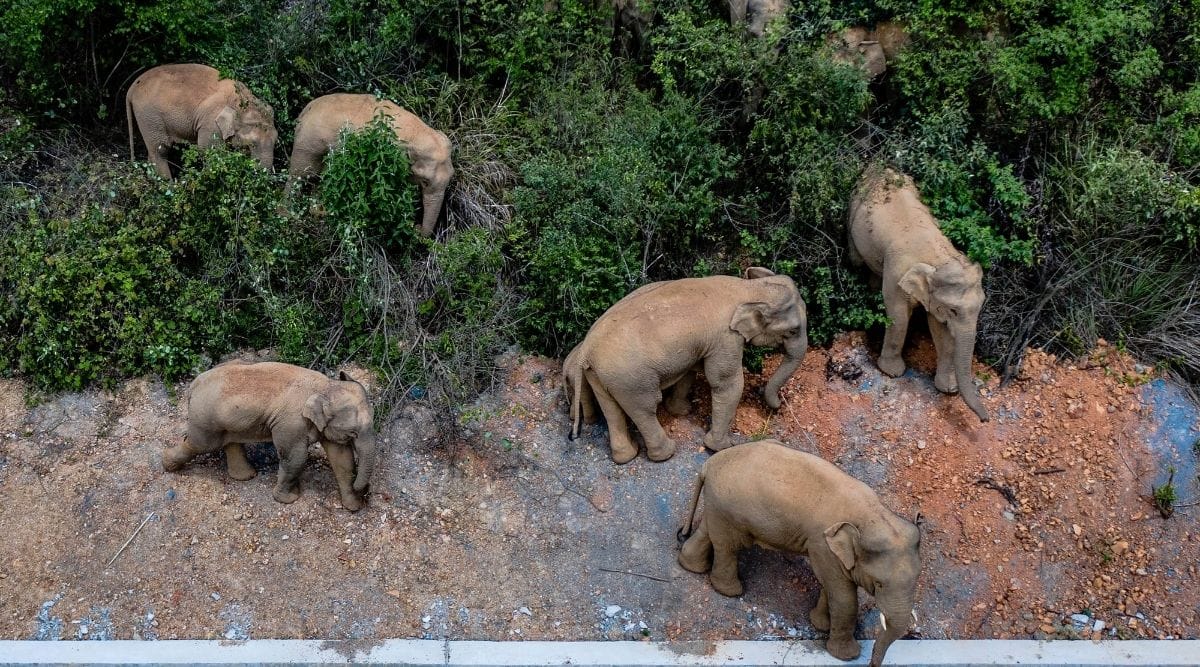 A wandering herd of elephants has reached the edge of a big Chinese city as authorities rush to close off roads and neighborhoods to protect both the animals and people.

It’s not clear why the 15 elephants made their long trek, which has been documented and monitored both on the ground and from the air by a dozen drones. Authorities have urged people in areas where the elephants have traveled to stay indoors and are blocking roads with construction equipment while seeking to lure the animals away with food.

The Xinhua News Agency reported Thursday the elephants by late Wednesday night had reached the Jinning district on the edge of Kunming, a city of 7 million people that is the capital of Yunnan province.

They have already walked 500 kilometers (300 miles) from a nature reserve in Yunnan’s mountainous southwest.

Sixteen animals were originally in the group, but the government says two returned home and a baby was born during the walk. The herd is now composed of six female and three male adults, three juveniles and three calves, according to official reports.

No injuries have been reported, but reports say the elephants have damaged or destroyed more than $1 million worth of crops.

When and how the elephants will be returned to the reserve isn’t clear.

Elephants are the largest land animals in Asia and can weigh up to 5 metric tons.

France, Germany, Canada, US back Britain over Salisbury poisoning

Maharashtra: Six dead in explosion at chemical factory in Palghar