The Trump administration froze $342 million in Venezuelan central bank deposits as part of a 2019 program and put them at the disposal of Opposition leader Juan Guaido, who the United States recognizes as the country's legitimate president. 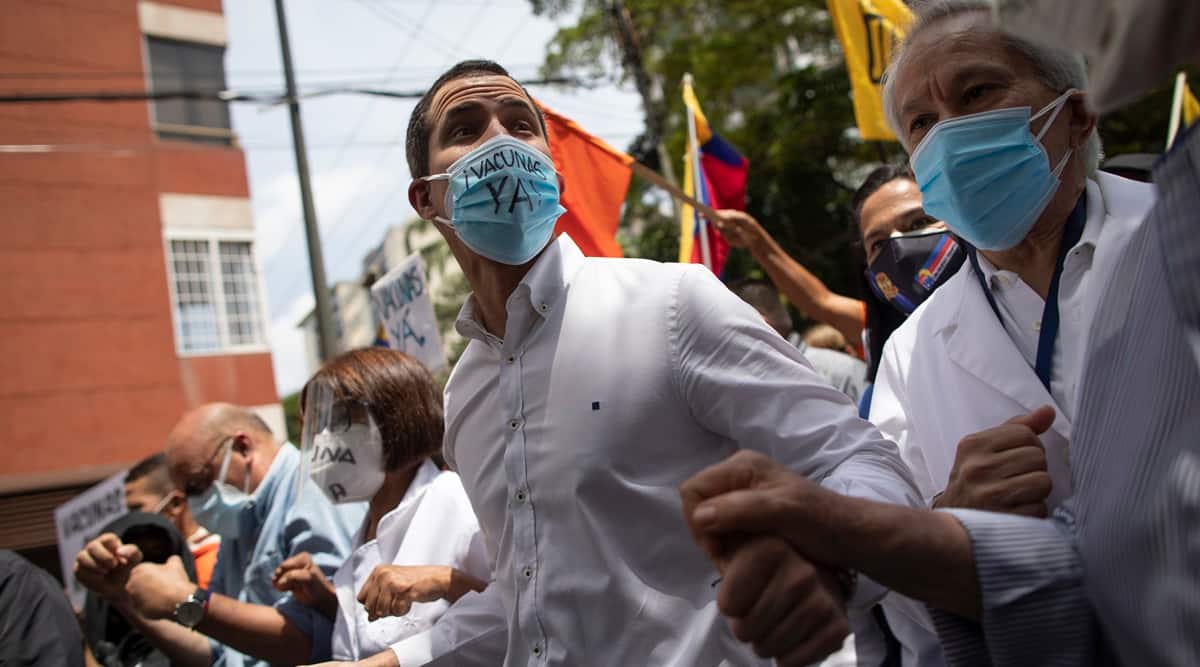 Venezuela’s opposition on Thursday agreed to use $100 million in funds frozen in the United States to pay for coronavirus vaccines via the Covax program, as the South American nation remains one of the slowest in inoculating against the disease.

Opposition leader Juan Guaido and allies have for months been negotiating with the government of President Nicolas Maduro to pay for vaccines using the funds.

The Trump administration froze $342 million in Venezuelan central bank deposits as part of a 2019 program and put them at the disposal of Guaido, who the United States recognizes as the country’s legitimate president.

“We are making a new effort to meet what is most needed today by approving an additional $100 million for vaccines against Covid-19,” Guaido wrote in a tweet. That adds to $30 million previously approved for Covax payments from the same pool of funds, Guaido’s allies said in a statement.

Using the funds requires approval by the US Treasury’s Office of Foreign Asset Control, or OFAC. Opposition leaders say they have requested a license to use those funds for vaccine payments.

Maduro for months said US sanctions made it impossible for his administration to pay for vaccines.

But this month, he announced a surprise transfer of $64 million to the GAVI vaccine alliance to pay for inoculations, and later said another transfer had been made to access around 11 million vaccines via Covax.

Venezuela has so far received just 800,000 vaccine doses, which have come from Russia and China. The country has reported a relatively low level of coronavirus infections, with around 187,000 cases and some 2,000 deaths. Doctors and scientists have attributed this to early lockdown measures, as well as chronic gasoline shortages in 2020 that restricted citizen mobility and thus limited the spread of the disease.

China to overtake US as world’s biggest economy by 2028: Report

Bad news for those planning to sell shares of Infosys