The Delta variant was found in 99 per cent of the Covid-19 cases in the US, tracked by the CDC, according to its genomic surveillance research. 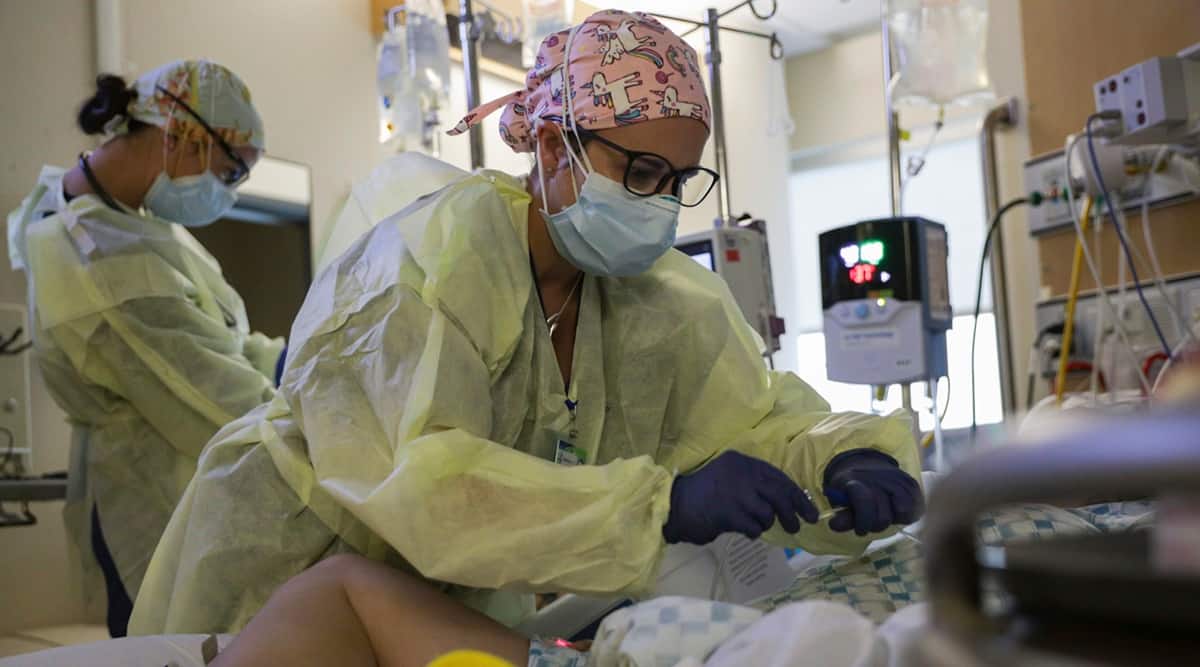 Hit by a spate of coronavirus infections in July, the United States is finally witnessing a slow downward trend in the rate of daily Covid-19 cases. However, the number of daily deaths continued to be a cause of worry as the country reported over 2,000 Covid-related fatalities on Friday, September 17.

According to data from the New York Times, the seven-day average of deaths in the US reached 2,012 on Saturday, after the country recorded 2,579 new deaths on Friday. The United States is seeing a steady rise in the number of daily deaths since July.

States like Florida, Texas and California are reporting the highest number of average daily deaths. 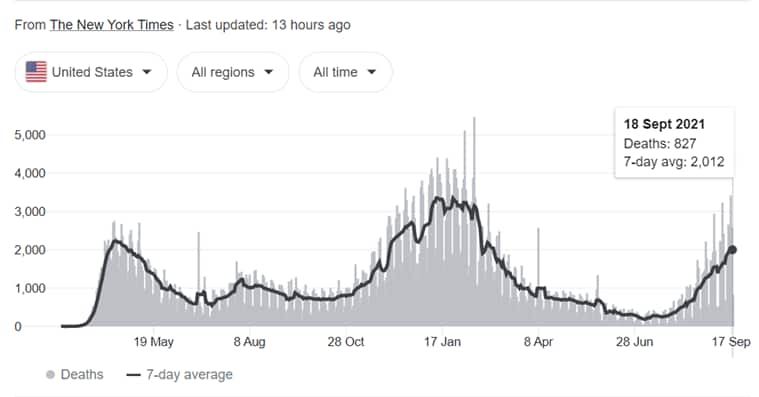 Further, the data shows that in the month of September, the number of Covid-19 cases peaked on September 13 with over 2.85 lakh new infections. However, the cases have shown a decline since then, dipping to slightly over 1.65 lakh on Friday.

The Centers for Disease Control and Prevention (CDC) has stated that the Delta variant is responsible for pushing up the number of coronavirus infections in the country. The Delta variant was found in 99 per cent cases tracked by the healthy agency, according to its genomic surveillance research.

On Saturday, the CDC warned over Twitter that hospitalization rates for children have been surging in the country, with the last week of August recording the highest hospitalisation rate for children four years and less.

Meanwhile, around 54 per cent of the US’ total population has been fully vaccinated while over 63 per cent has received at least one dose.

The flipside of WFH: Lines between office and personal time blurred, back pain and eye strain

Students in a dilemma as private varsities start admission process