Wildfires blazed through California, Arizona, and Oregon, fueled by winds and a lack of humidity. Two firefighters lost their lives during an aircraft rescue operation in Mohave County. 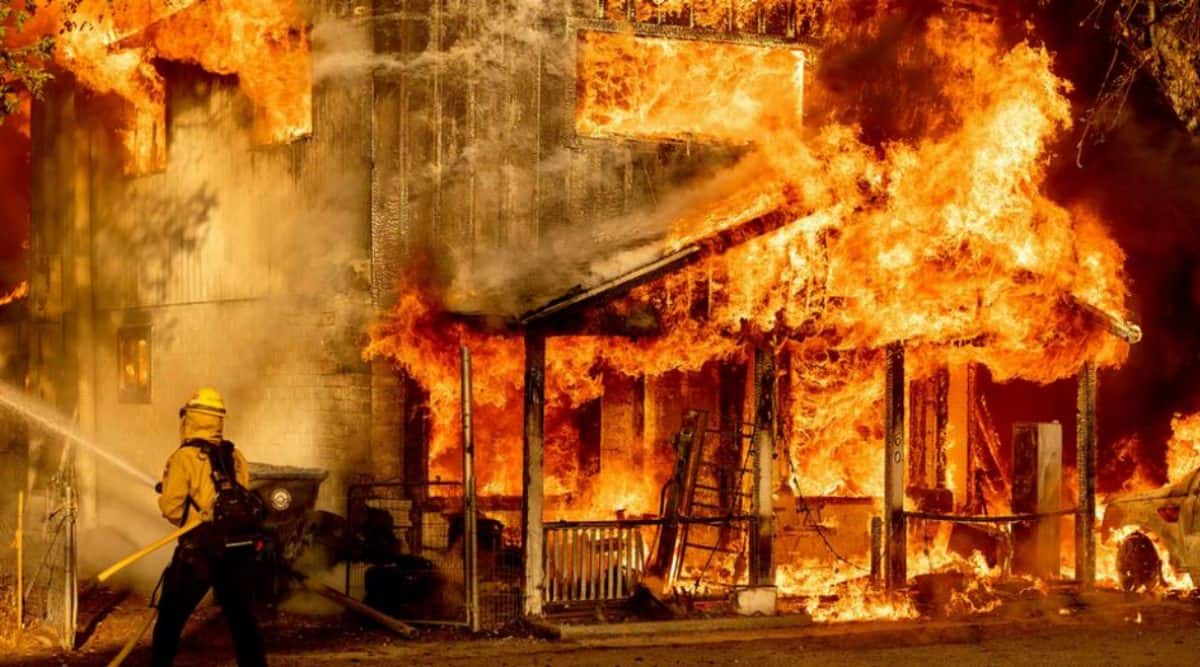 Firefighters in the western US fought to contain wildfires amid soaring temperatures in northern California and surrounding regions.

A rescue aircraft crashed into a wildfire in Mohave County, Arizona, killing the crew of two firefighters. The aircraft was performing monitoring the Cedar Basin Fire burning near Wikieup, the Arizona Bureau of Land Management told local broadcaster KHPO-TV. The Cedar Basin Fire, which has burned around 300 acres (1.2 square kilometers), was started by lightning.

US authorities have deployed hundreds of firefighters and multiple planes in a bid to get the fires under control, but the blazes, fueled by winds and lack of moisture, have been raging on.

California residents had been asked to cut down on their power usage as the state’s power grid was under excessive strain due to the wildfires in Oregon. The blaze in Oregon, which is located just north of California, threatens the power lines that carry power to the southern state. As grids remained stable, however, the flex alert (a request for residents to cut down on power usage) was lifted on Saturday night.

The largest wildfire of the year in California was raging around 483 kilometers (300 miles) away from the desert, along the border of Nevada.

Another fire caused by two lightning strikes was blazing in the Beckwourth Complex of the Sierra Nevada forest region, nearly doubling in size during Friday and Saturday.

Several fires burning in the west have destroyed homes in California. Surging flames have forced evacuations in Northern California and Nevada.

Trump wouldn’t be president if not for Twitter: Sacha Baron Cohen

Ayushmann Khurrana’s son makes his sketch from Bala, Tahira says that is his ‘recall value’ of his dad