During the two weeks of clashes in Israel and Gaza this month, the Anti-Defamation League collected 222 reports of anti-Semitic harassment, vandalism and violence in the United States, compared with 127 over the previous two weeks. 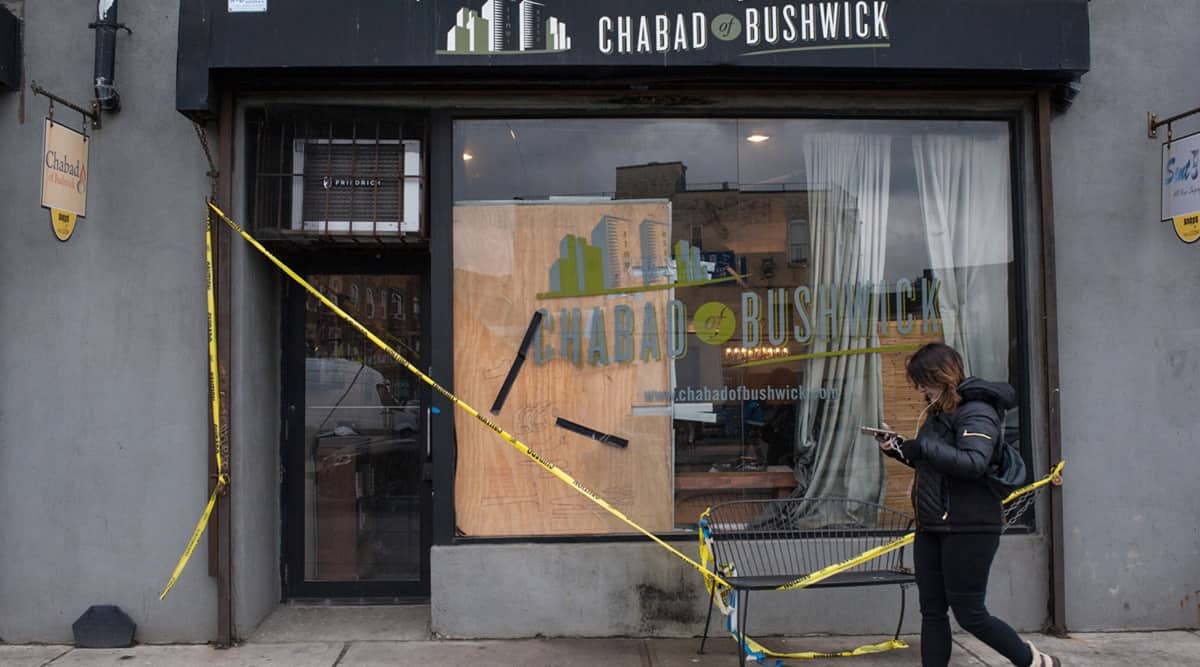 A brick shattering a window of a kosher pizzeria on Manhattan’s Upper East Side. Jewish diners outside a sushi restaurant in Los Angeles attacked by men shouting anti-Semitic threats. Vandalism at synagogues in Arizona, Illinois and New York.

In Salt Lake City, a man scratched a swastika into the front door of an Orthodox synagogue in the early morning hours of May 16. “This was the kind of thing that would never happen in Salt Lake City,” said Rabbi Avremi Zippel, whose parents founded Chabad Lubavitch of Utah almost 30 years ago. “But it’s on the rise around the country.”

The synagogue has fortified its already substantial security measures in response. “It’s ridiculous, it’s insane that this is how we have to view houses of worship in the United States in 2021,” Zippel said, describing fortified access points, visible guards and lighting and security camera systems. “But we will do it.”

The past several weeks have seen an outbreak of anti-Semitic threats and violence across the United States, stoking fear among Jews in small towns and major cities. During the two weeks of clashes in Israel and Gaza this month, the Anti-Defamation League collected 222 reports of anti-Semitic harassment, vandalism and violence in the United States, compared with 127 over the previous two weeks.

Incidents are “literally happening from coast to coast, and spreading like wildfire,” said Jonathan Greenblatt, the ADL’s chief executive. “The sheer audacity of these attacks feels very different.” 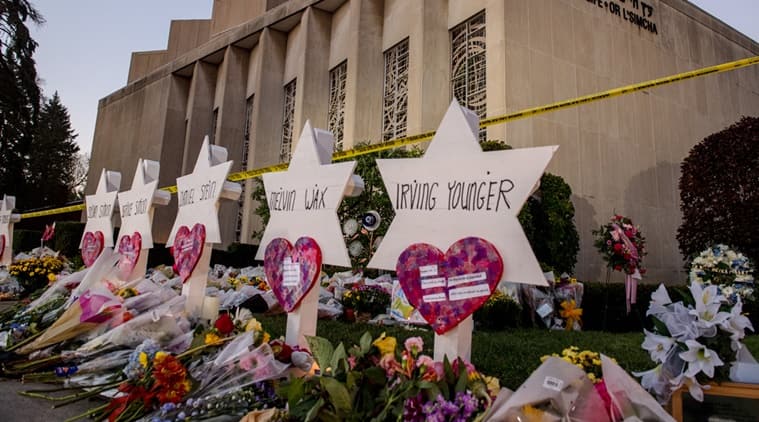 Until the latest surge, anti-Semitic violence in recent years was largely considered a right-wing phenomenon, driven by a white supremacist movement emboldened by rhetoric from former President Donald Trump, who often trafficked in stereotypes.

Many of the most recent incidents, by contrast, have come from perpetrators expressing support for the Palestinian cause and criticism of Israel’s right-wing government.

“This is why Jews feel so terrified in this moment,” Greenblatt said, observing that there are currents of anti-Semitism flowing from both the left and the right. “For four years it seemed to be stimulated from the political right, with devastating consequences.” But at the scenes of the most recent attacks, he noted, “no one is wearing MAGA hats.”

President Joe Biden has denounced the recent assaults as “despicable” and said “they must stop.” “It’s up to all of us to give hate no safe harbor,” he wrote in a statement posted on Twitter.

The outbreak has been especially striking in the New York region, home to the world’s largest Jewish population outside Israel.

On Friday a brawl broke out in Times Square between pro-Israel and pro-Palestinian protesters, and it soon spread to the Diamond District, a part of Midtown that is home to many Jewish-owned businesses.

At least one roving group of men waving Palestinian flags shouted abuse at and shoved Jewish pedestrians and bystanders. Video of the scenes spread widely online and drew outrage from elected officials and a deep sense of foreboding among many Jewish New Yorkers.

The New York Police Department arrested 27 people, and two people were hospitalized, including a woman who was burned when fireworks were launched from a car at a group of people on the sidewalk.

Avital Chizhik-Goldschmidt, an Orthodox Jewish writer on the Upper East Side, said she had encountered a palpable anxiety among congregants at Park East Synagogue, where her husband serves as a rabbi.

“Quite a few” synagogue members had in recent months asked for help planning a move to Israel, she said, and she secured Swiss passports for her own children after watching a presidential debate in October.

“I know this sounds crazy because on the Upper East Side there was always this feeling that you can’t get safer than here,” she said. But her fears are not unfounded. Last year, while out in the neighborhood with their young son, her husband was accosted by a man “shouting obscenities, and ‘You Jews! You Jews!” she said.

Her son still “talks about it all the time,” she said. Recently, he built a synagogue out of Lego blocks and added a Lego security patrol outside, she said. He is 5 years old.

“Nobody cares about things like this because it is just words,” she added. “But what if this person was armed? And what if the next person is armed?”

The recent spike is occurring on top of a longer-term trend of high-profile incidents of anti-Semitism in the United States.

In Charlottesville, Virginia, activists at the Unite the Right rally in 2017 chanted “Jews will not replace us!” as they protested the removal of a statue of Robert E. Lee. The next year, a gunman killed 11 people and wounded six who had gathered for Shabbat morning services at the Tree of Life — Or L’Simcha synagogue in Pittsburgh. At a synagogue in a suburb of San Diego in 2019, a gunman opened fire at a service on the last day of Passover.

The ADL has been tracking anti-Semitic incidents in the country since 1979, and its past three annual reports have included two of its highest tallies. The organization recorded more than 1,200 incidents of anti-Semitic harassment last year, a 10% increase from the previous year.

The number of confirmed anti-Semitic incidents in New York City jumped noticeably in March to 15, from nine the month before and three in January, according to the Police Department.

Sgt. Jessica McRorie, a department spokeswoman, said that as of Sunday there had been 80 anti-Semitic hate crime complaints this year, compared with 62 during the same period last year.

The attack in 2018 at Tree of Life, in the distinctly Jewish neighborhood of Squirrel Hill, was galvanizing for many Jewish leaders. “Every synagogue across the country has increased security since the attack in Pittsburgh,” said Rabbi Adam Starr, who heads Congregation Ohr HaTorah, one of several synagogues along a stretch of road in the Jewish neighborhood of Toco Hills in the Atlanta area.

“You look across the street from our synagogue and there’s a big church,” he said. “And the big difference between the church and the synagogue is the church doesn’t have a gate around it.”

Jews and others were particularly stung by comments by Rep. Marjorie Taylor Greene of Georgia, who has spent the past week repeatedly comparing mask and vaccine mandates to the treatment of Jews by Nazi Germany, and by the Republican leadership’s slow response to her remarks.

In Salt Lake City, Chabad Lubavitch hosted an event for the Jewish holiday of Shavuot less than 12 hours after the discovery of the swastika on its front door. Zippel told his congregation, “I hope it annoys the heck out whoever did this.”

He was proud, he reflected later, of the way his congregation responded to the defacing of its house of worship. “We do not cower to these sorts of acts,” he said, recalling emails and conversations in which congregants vowed to continue wearing the kipa in public, for example. “The outward desire to be publicly and proudly Jewish has been extremely inspiring.”

Netanyahu defiant after move to indict him ahead of polls

Worldview With Suhasini Haidar | Why has India accepted foreign aid after 17 years?

Iran to execute man who allegedly spied on US-slain General

Mira Rajput shares a throwback pic from her wedding, talks of her prep before ‘you take the most important steps of your life’