Several thousand people gathered outside Netanyahu's official residence in Jerusalem, the focal point of most of the demonstrations. 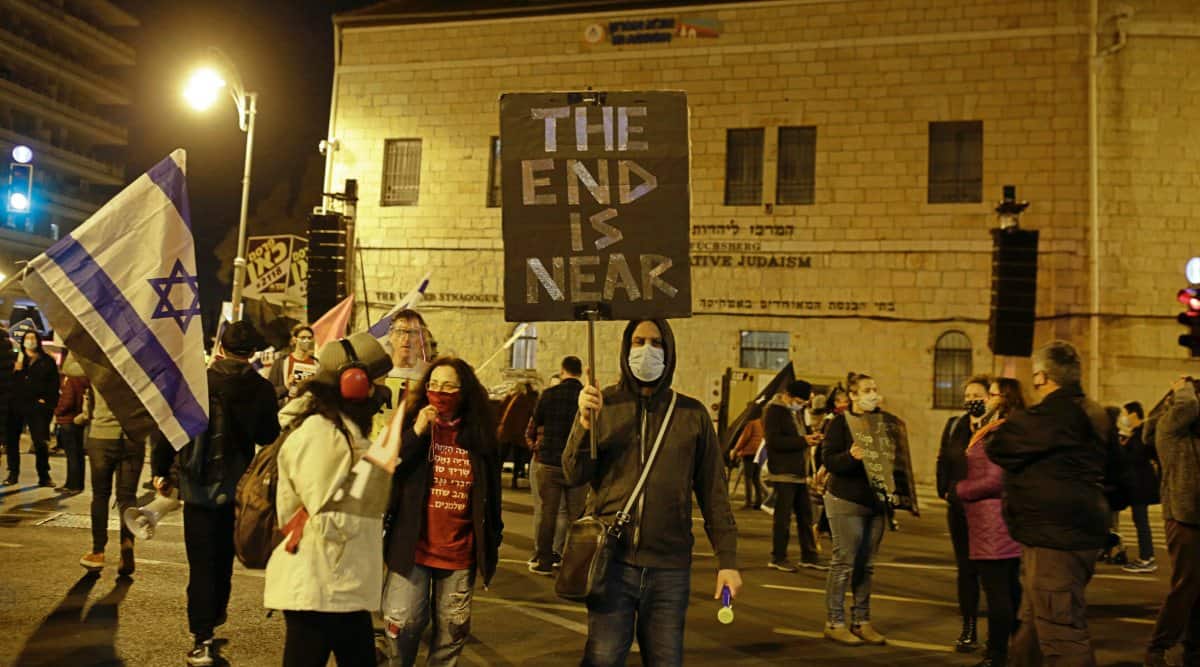 Several thousand people gathered outside Netanyahu’s official residence in Jerusalem, the focal point of most of the demonstrations.

A similarly sized crowd protested outside Netanyahu’s private home in the upscale coastal town of Caesaria. Smaller gatherings took place at junctions and overpasses across Israel.

The protests, now in their sixth month, appeared to be smaller than in recent weeks. Grassroots organisers could face a challenge getting out large crowds as winter arrives. Parts of Israel experienced heavy rain Saturday.

Protesters say Netanyahu should resign while he is on trial for corruption charges and accuse him of mishandling the country’s coronavirus crisis.

The crisis has hit the economy hard and sent unemployment skyrocketing. Many of the protesters are young people who have lost their jobs.

China to send its top trade negotiator to US for talks