The march came after a controversial law passed by Hungary's parliament in June prohibited the display of content to minors that depicts homosexuality or gender change. 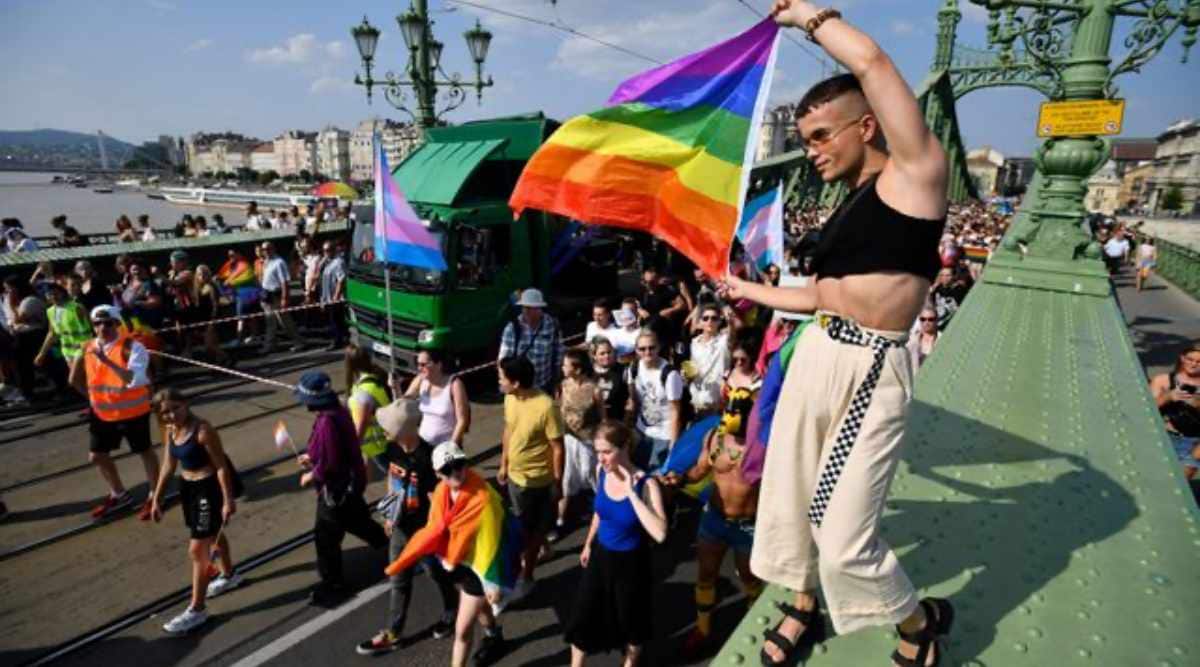 Rising anger over the policies of Hungary’s right-wing government filled the streets of the countrys capital on Saturday as thousands of LGBT supporters marched in the annual Budapest Pride parade.

Budapest Pride spokesperson Jojo Majercsik said this year’s march is not just a celebration and remembrance of the historical struggles of the LGBT movement but a protest against Orbans current policies targeting gay, lesbian, bisexual, transgender and queer people.

“A lot of LGBTQ people are afraid and dont feel like they have a place or a future in this country anymore,” Majercsik told The Associated Press.

The march came after a controversial law passed by Hungary’s parliament in June prohibited the display of content to minors that depicts homosexuality or gender change. The measures were attached to a bill allowing tougher penalties for pedophiles.

Hungary’s government says its policies seek to protect children. But critics of the legislation compare it to Russia’s gay propaganda law of 2013, and say it conflates homosexuality with pedophilia as part of a campaign ploy to mobilize conservative voters ahead of elections next spring.

The legislation was met with fierce opposition by many politicians in the European Union, of which Hungary is a member. The Executive Commission of the 27-nation bloc launched two separate legal proceedings against Hungary’s government last week over what it called infringements on LGBT rights.

Saturdays march wound through the center of Budapest and crossed the Danube River on one of the iconic structures connecting the city’s two halves: Liberty Bridge.

“This year is much more significant because now there are real stakes,” she said. “Our situation is pretty bad… My plan is that if things get even worse, I will leave Hungary.”

The law also requires that only civic organizations approved by the government can provide sexual education in schools and limits the availability of media content and literature to minors that discusses sexual orientation.

Pride marcher Anasztazia Orosz said that would inhibit young people from accessing important information and validation of their own sexual orientation.

“It was really difficult for me to come out and the only thing that made it easier was that I found a book of stories on LGBT topics,” Orosz said. “Thats how I learned that what I’m feeling is something real that I’m not different.”

On Wednesday, Orban announced the government would hold a national referendum to demonstrate public support for the law. The poll will ask Hungarians whether children should be introduced to topics of sexual orientation in schools, and whether gender reassignment should be promoted or depicted to children.

Yet Majercsik, the Pride spokesperson, said the questions are openly “transphobic and homophobic,” and part of a “propaganda campaign” by the government to incite resentment against the LGBT community.

“I’ve heard from a lot of LGBT people that are planning to leave the country and won’t even wait for next year’s elections,” Majercsik said. “There will be many others for whom the results of the elections will determine whether they stay or leave.”

Several members of opposition parties attended the march, including liberal Budapest mayor Gergely Karacsony, a challenger to Orban in the election next year that is expected to be the closest since Orbans party took power in 2010.

Terry Reintke, an EU lawmaker kicked off the march with a speech, saying that the eyes of Europe were on Budapest.

“We are many many more than the thousands here today,” Reintke said.

At least 4 people shot dead during protests in Myanmar