While most agree that officers must sometimes use deadly force to protect themselves or others, many criminologists say the wide latitude under the rule is an obstacle to reducing the number of police killings, and lawmakers in Congress and many states have begun seeking tighter restrictions. 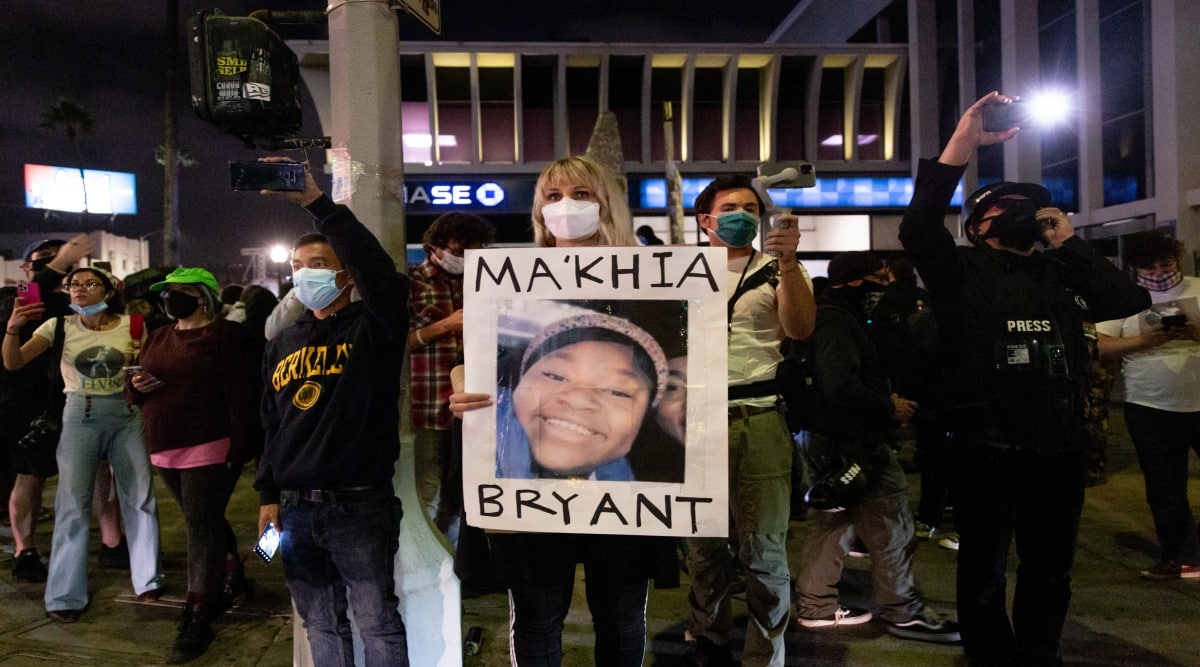 In case after case, it took only a split second for an officer to pull the trigger.

Adam Toledo, a 13-year-old in Chicago, had tossed away a handgun and begun raising his hands. Ma’Khia Bryant, a 16-year-old in Columbus, Ohio, lunged with a knife at another teenager. Tyrell Wilson, a 33-year-old mentally ill homeless man in Danville, California, had a knife in hand when he shouted “Kill me” at an approaching deputy sheriff.

All three were among more than 100 people shot and killed by police over the previous six weeks.

The officers’ justification for the use of lethal force in each instance differs with the circumstances. But as in almost every other recent case involving questions of police use of force, law enforcement officials defending the officers are relying on a doctrine set forth by the Supreme Court three decades ago and now deeply ingrained in police culture: that judges and juries should not second-guess officers’ split-second decisions, no matter how unnecessary a killing may appear in hindsight.

Now, the national movement launched by the death of George Floyd, emboldened by an officer’s conviction last week for his murder, is pushing to change that standard.

While most agree that officers must sometimes use deadly force to protect themselves or others, many criminologists say the wide latitude under the rule is an obstacle to reducing the number of police killings, and lawmakers in Congress and many states have begun seeking tighter restrictions.

The number of people killed by the police in the United States — consistently about 1,000 a year — is far higher than in other developed countries. A disproportionate number of the shootings are by white police officers against people of color, as in the cases of Adam Toledo, Ma’Khia Bryant and Tyrell Wilson. And many experts say the split-second standard is partly to blame for that death toll.

“I am convinced that is the No. 1 cause,” said Lawrence W. Sherman, an American criminologist with experience in the police departments of New York and Minneapolis who is now an emeritus professor at the University of Cambridge. 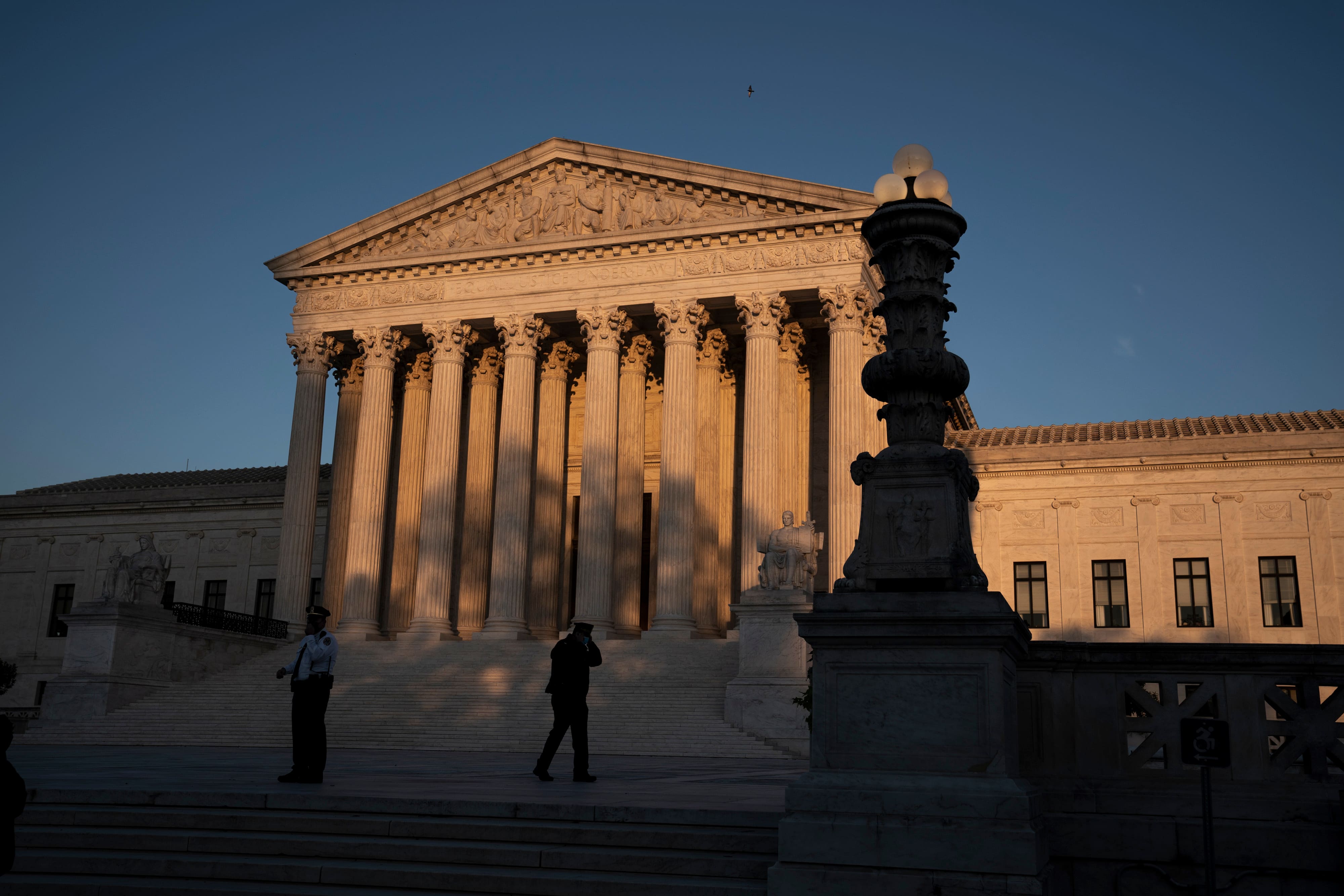 “It puts the United States into an extreme exceptionalism in allowing killings that would be prosecuted as murder elsewhere, like the U.K.,” he added.

Lawyers for police unions argue that the rate of police killings in the United States reflects a higher level of civilian violence because of greater gun ownership and a flimsier social safety net than in other wealthy countries. They say the split-second decision standard is essential to keeping officers and the public safe.

“If the officer doesn’t act, there’s a strong probability that an individual will be killed,” said Larry James, general counsel for the Fraternal Order of Police, pointing to the recent shooting of the 16-year-old in Columbus.

“The officer is duty-bound to take that action to protect the life of another citizen or him or herself — that is the standard that police should be judged by, not Monday morning quarterbacking,” he added.

Until the mid-1980s, policies on the use of force varied widely across the states. Some allowed deadly action against any fleeing suspect of a felony, even if the suspect posed no imminent threat.

That changed in 1985. The Supreme Court ruled in Tennessee v. Garner that police could shoot only if they had probable cause to believe that a fleeing suspect posed a significant threat of injury or death to an officer or others. The number of police killings steadily declined over the next four years, studies show.

But in 1989, a more conservative court took a different approach in the ruling of Graham v. Connor, establishing the precedent that dominates today.

The case was brought by Dethorne Graham, a Black man the police had stopped in Charlotte, North Carolina, on suspicion of shoplifting because he had hurried in and out of a convenience store.

Graham, a diabetic desperate for orange juice to avoid a seizure from low blood sugar, told the police that he had rushed out of the store because of a long checkout line. But as he staggered and briefly passed out, officers assumed he was drunk and forced him into tight handcuffs, leaving him with a broken foot, cuts on his wrists, bruises on his forehead and an injury to his shoulder.

The Supreme Court sent the case back to a lower court, finding that the police needed only to meet the standard of what a reasonable officer might do. The criteria for “reasonable,” the high court said, should include special accommodations for the pressures of police work.

“The calculus of reasonableness must embody allowance for the fact that police officers are often forced to make split-second judgments — in circumstances that are tense, uncertain and rapidly evolving — about the amount of force that is necessary in a particular situation,” Chief Justice William H. Rehnquist wrote in the majority opinion.

“‘Not every push or shove’” was improper “even if it may later seem unnecessary in the peace of a judge’s chambers,” the chief justice wrote, quoting an earlier ruling. The lower court ultimately ruled in favor of the police.

The Supreme Court opinion did not explicitly address lethal force and defined only the rights of a suspect, not the restrictions a state could impose on law enforcement.

But state legislatures and judges, often sympathetic to the police, largely adopted the question of what would be reasonable to an officer making a split-second judgment as the test for assessing any police use of force, whether deadly or not.

Graham v. Connor became “the lodestar” and “created this impression that almost nothing is out of bounds,” said Barry Friedman, a law professor at New York University and the director of its Policing Project, which has drafted a model statute to regulate the police use of force.

The same standard also became embedded in the training and practices of American police — “part of law enforcement DNA, often unnoticed as it works in the background to determine our actions,” a magazine for police officers declared in a 2014 article about the ruling.

“A generation of officers has been trained in the case’s practical meaning and has spent decades applying it to every use-of-force decision,” the article said.

It was published in response to a wave of protests over allegations of excessive force in the fatal shooting of Michael Brown, a Black man in Ferguson, Missouri. In part because he claimed he had made a split-second decision about his self-defense, the officer who killed Brown never faced charges.

Chauvin was convicted in part because he could not claim that Floyd’s suffocation was a split-second decision. But critics of the split-second standard cite a litany of police shootings of innocent Black people. In 2015, Cleveland police officers screeched their cruiser to a halt just a few feet from Tamir Rice, a Black 12-year-old playing in a park with a toy replica gun, and within 2 seconds had shot him because they deemed him a threat. He died the next day.

The next year, a police officer in a suburb of Minnesota pulled over Philando Castile, a 32-year-old Black man driving with his girlfriend and daughter. The officer shot him five times at close range, killing him in the seat of his parked car, out of a mistaken fear that he might have been reaching for a gun.

In 2018, the police raced to a street corner in the Crown Heights section of Brooklyn to investigate reports of a possible gunman, and moments later shot and killed Saheed Vassell, a 34-year-old mentally ill Black man who was well known around the neighborhood. He had been pointing a piece of pipe they mistook for a weapon.

The officer who shot Castile was acquitted of manslaughter. The officers in the other cases were not charged. The cities where Tamir Rice and Castile were killed paid millions of dollars to settle civil claims.

The split-second standard “has become a way to insulate officers from any critical review,” said Seth Stoughton, a professor at the University of South Carolina School of Law. A former police officer in Tallahassee, Florida, he testified as an expert witness in the trial of Derek Chauvin, the officer who killed Floyd.

Now, after the uproar over the Floyd killing, many state and federal lawmakers are trying to impose new restrictions on the use of force. A Maryland law passed this month over the objections of the governor requires that any such actions must be “necessary and proportional” to prevent “an imminent threat of physical injury” or to achieve “a legitimate law enforcement objective.” It specifies a prison sentence of up to 10 years for any officer who causes injury or death by violating those rules.

California, Illinois and other state legislatures have debated similar measures, and the House of Representatives last year passed its own bill raising standards for the use of force and requiring attempts at de-escalation.

Cast from the past: World’s oldest fishing net sinkers found in S. Korea

Upward mobility, a mirage for these nomadic communities