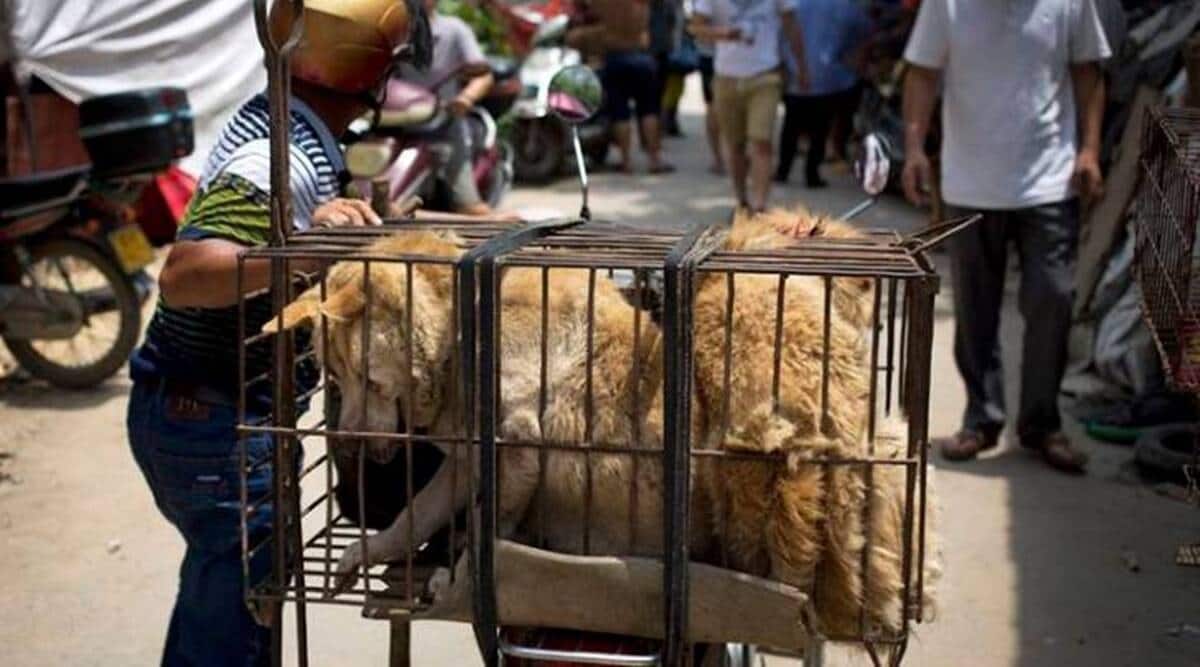 The South Korean government on Thursday is opening discussions on legislation that would outlaw the consumption of dog meat, a move that has delighted animal rights activists and pet owners.

Traditionalists, however, are opposed to the proposal on the grounds that dog meat is a traditional Korean dish, and that people should be free to eat it if they wish.

The issue is on the agenda after President Moon Jae-in suggested in September that it might be time to consider imposing a ban on the sale and consumption of dog meat.

South Koreans have responded before to outside criticism on dog meat consumption. In 1988, the government closed down all dog meat restaurants in Seoul for the duration of the Olympic Games out of concern that it would paint a negative image of local culinary culture.

And while eating dog has been a part of Korean cuisine for centuries, its popularity has fallen dramatically in recent years.

There were fewer than 100 restaurants serving dog in Seoul in 2019, and the industry was reporting that sales were falling by as much as 30% per year. The largest dog slaughterhouse in the country, in Seongnam, closed in 2018. The last major dog meat market, in the city of Daegu, closed this year.

Nevertheless, as many as 1.5 million dogs are raised on farms across the country every year. Most are eaten in the hot and humid summer months, when eating dog meat is believed to provide stamina and increase male virility.

Nevertheless, a public opinion poll commissioned in 2020 by Humane Society International/Korea (HSI) showed that 84% of Koreans do not or will not eat dog, and 60% said they support a legal ban on the trade.

“In the last 10 years or so, as more and more people have pet dogs in their homes, dogs are seen as part of the family and not as food,” said Nara Kim, who heads the organization’s End Dog Meat campaign.

“Most young people in Korea would be horrified and disgusted at the idea of eating dog. As well as the rise in pet ownership, there has also been an increase in awareness of animal welfare issues generally and, specifically, far more openness about the animal suffering that takes place on dog meat farms and at dog slaughterhouses,” she told DW.

The Korean media has typically failed to report on the reality of the dog farms, but when HSI activists began to take reporters to visit farms, viewers were shocked both at the conditions and to see labradors, beagles, huskies and other breeds they considered to be pets waiting to be slaughtered.

“The dog meat industry often tries to convince people that the dogs bred for eating are different to pet dogs, almost like a different animal, soulless and vicious,” Kim said. “When they see that’s just not true, and these farms are full of dogs just like their own pets, it has a big impact.”

“It’s more accurate to say it’s an outdated habit for mainly elderly men who like to believe it has health properties,” she said.

“As a Korean, it’s kind of insulting and a shame for the West to think that dog meat is Korean tradition.”

In the last six years, HSI has cooperated with 18 dog farmers who wanted to get out of the business and helped them transition to a different business while finding homes for their dogs, including in Europe.

Kim says she is “cautiously optimistic” that new legislation will come out of the government’s discussions later this week, although she anticipates strong resistance from the industry.

“Really, the dog farmers with huge farms are the only ones making decent money now,” she said.

“The small and medium-sized farms are not profitable and certainly the farmers we regularly speak to know very well that this is a dying industry and it’s time to leave it behind. The dog meat associations really aren’t helping dog farmers by resisting a ban though, because they are just condemning them to more years of hardship.”

Yet, there is still a degree of support for eating dog meat in wider Korean society.

“For me, eating dog is still a tradition and an important part of our eating culture,” said Young-chae Song, a professor at the Center for Global Creation and Collaboration at Seoul’s Sangmyung University.

“My feeling is that consumption of dog is decreasing and there are fewer and fewer restaurants now, so there is no need to pass a law to make it illegal,” he told DW. “Demand is so low now that the market should decide which restaurants survive and continue to serve dog. And anyone who wants to eat it, should be allowed to.

“It’s not all that different to eating traditions in other countries,” Song said. “I was in Taiwan recently, and I saw people walking their pet pigs and dressing them up, but Taiwanese people still eat pork.

“To me, some animals can be both pets and food, and if my family or friends invited me to a dog meat restaurant, I would go.”

Why do South Asians have such high rates of heart disease?

Varun Dhawan’s style is tailor-made for him