A DW correspondent is taking part in tests for the Russian Sputnik V COVID-19 vaccine. Here is his second report. 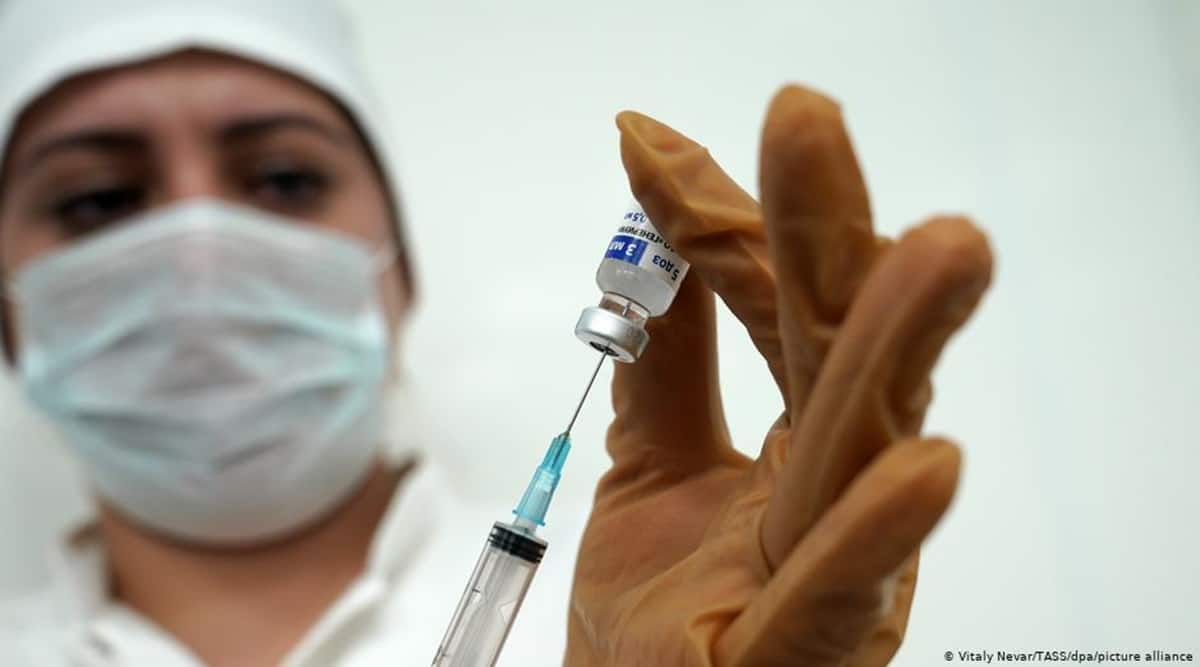 In early December, DW correspondent Sergey Satanovskiy registered to test the Sputnik V COVID-19 vaccine. During this time, he received his first jab. Back then, he described his experience for DW. Now, he has received his second shot.

Three weeks after receiving my first dose of Sputnik V (or a placebo), I have now received my second shot. Meanwhile, Russia has announced a large-scale immunization program, just like several Western countries. As of December 21, Russian journalists can get inoculated. Moscow municipality has sent text messages to many of my colleagues informing them they can get vaccinated provided they can show appropriate “documentation from their employers.”

People over 60 excluded from immunization program

On December 17, Russian President Vladimir Putin said during his annual end-of-year press conference that people over 60 would not yet be eligible for inoculations. “The vaccinations now available for the public are for citizens of a certain age bracket; they are not designed for people like me,” the 68-year-old president said.

Nevertheless, medical professionals have told me that people over 60 are participating in Sputnik V trails. I asked Alexander Mjasnikov, head physician at Moscow’s Zhadkevich hospital — where I received my vaccination — why Russia has launched a mass inoculation program although vaccine trials are still ongoing.

Mjasnikov did not provide a clear answer to my question. Yet he did say old people, pregnant women and individuals with chronic illnesses like diabetes — some of whom are voluntarily participating in vaccine trials — would get inoculated after the third trial phase is complete. Mjasnikov, who is 67, is among those who signed up for the Sputnik V test. He received his jab in September.

After getting my first dose of Sputnik V, I kept a digital diary in my Check COVID-19 app, as mandated by the hospital. I cannot say whether anyone checked that I recorded my experience. None of the doctors called me to ask how I was feeling, even though the trial agreement explicitly states that such checkups are possible.

During my first visit to the hospital for a Sputnik V jab, I encountered five women, who worked in a children’s home, who submitted hand-written statements saying they refuse to participate in the vaccine trials. I asked chief physician Alexander Mjasnikov about the incident, who told me such objectors were common. He said these are individuals who sign up for the trials yet only then realize they could be assigned a placebo group and thus receive an ineffective serum, instead of the actual vaccine.

I, too, do not know whether I got a real Sputnik V jab or placebo. Upon my second visit to the hospital — which was identical to the first — a computer assigned me a number linked to a specific vial in a fridge. I asked the doctor in charge whether — provided I had received the real vaccine on my first appointment I would get it this time, too. “In theory, yes,” the physician told me.

Before the injection, a nasal and oral swab was taken to conduct a PCR coronavirus test — one day later, I was informed via text message that my result had come back negative. This time, I received a shot in my other shoulder. Afterward, I had to spend half an hour in a quiet room. I felt no different than before and my blood pressure remained normal. Finally, I received a certificate that I had received two doses — whether vaccine or placebo, I do not know.

About seven hours after my first dose, my temperature rose to 38.6 degrees Celsius. Test participants belonging to a “trial results” Telegram messenger group — which had 4,000 members three weeks into the trial — reported feeling unwell after both shots. I, therefore, expected to feel bad after my second jab. This time, however, I was fine.

I recorded in my vaccine trial diary that I was feeling no side effects at all. In three weeks, I will get a COVID-19 antibody test. Vaccine developers from Moscow’s Gamaleya Research Institute of Epidemiology and Microbiology say the body’s immune response will be strongest 42 days after inoculation.

Afghan leader in Pakistan to talk ties, peace with Taliban

Cyndi Lauper to give commencement address at Vermont university