During his 14 years at NBC News, Vanocur became a familiar face to American viewers while covering election cycles as White House correspondent and national political reporter. 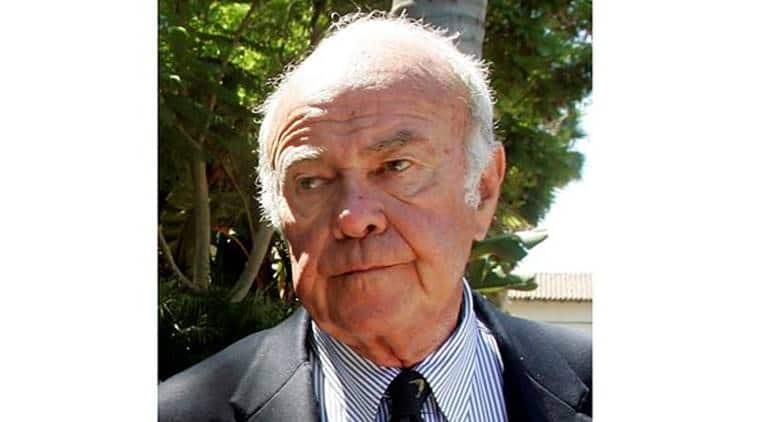 Sander Vanocur, the NBC journalist who helped bring politics into the television age during the 1960s with his interviews of leaders such as John F. Kennedy and Martin Luther King Jr., has died. He was 91. He died Monday night in Santa Barbara, California, according to the Associated Press, citing his son Chris Vanocur.

During his 14 years at NBC News, Vanocur became a familiar face to American viewers while covering election cycles as White House correspondent and national political reporter. The last surviving participant in the U.S.’s first presidential debate — between Kennedy and Richard Nixon on Sept. 26, 1960 — Vanocur was part of the technology-driven transition from World War II presidents to a generation of leaders increasingly defined by the new medium of television.

The debate, which was viewed by about 66 million people, featured the two candidates, four panelists and a moderator, Howard K. Smith. In one of his questions, Vanocur pressed Nixon to comment on President Dwight Eisenhower’s recent remark that if he were given a week, he might think of a Nixon-inspired idea that was adopted during Eisenhower’s tenure. Vanocur later ended up on Nixon’s “Enemies List” of people deemed to be hostile to his administration, which lasted from 1969 until 1974.

Kennedy, the U.S.’s first Catholic president, defeated Nixon in an election that Vanocur described as “a referendum on Catholicism.” Kennedy — suntanned, dressed in a dark suit and with makeup — won over TV viewers against an opponent in a drab, gray suit, with perspiration on his lip, and no makeup.

“That was a great turning point, not just for that election, but I think for all elections thereafter,” Vanocur said. The debates didn’t resume until 1976.

Vanocur developed a friendship with the Kennedy family and conducted an interview with Senator Robert F. Kennedy only hours before his 1968 assassination at the Ambassador Hotel in Los Angeles, where he was celebrating victory in the California primary. The NBC newsman was on the air for most of the next day, interviewing eyewitnesses to the shooting, before boarding the plane that carried Kennedy’s body, accompanied by Ethel Kennedy, the senator’s widow.

Vanocur’s interview subjects included first lady Jacqueline Kennedy, who discussed her plans to liven up the decor of the White House, described by the NBC correspondent as “a cold and austere place.” In 1967, Martin Luther King also took Vanocur’s questions, and said the “dream” he famously referred to three years before had “turned into a nightmare” as the civil-rights movement became divided.

Born on Jan. 8, 1928, in Cleveland, Vanocur was the son of Louis Vinocur, a lawyer. His mother, the former Rose Millman, changed his surname from Vinocur to Vanocur when he was 12 after his parents divorced, according to a 1970 interview with the Evening Independent. He moved with his mother and sister to Peoria, Illinois.

After attending Western Military Academy in Alton, Illinois, he earned a Bachelor of Arts degree majoring in political science at Northwestern University, where he was on the debate team. Graduating in 1950, Vanocur then went to the London School of Economics and developed a friendship with classmate Daniel “Pat” Moynihan, who later served four terms as a U.S. senator from New York.

Vanocur spent two years in Austria and Berlin as an Army intelligence officer, gaining the rank of first lieutenant, after World War II. His career began as a reporter for the Manchester Guardian in the U.K. and for British Broadcasting Corp., where he became fascinated with his new vocation.

“What other job lets you sit around drinking beer and reading newspapers all day while you get paid for it?” he said in the Evening Independent interview.

In 1955, Vanocur joined the New York Times and took on the crime beat in the city’s Queens borough at $7,000 a year. He was fired after 18 months because “they said my writing was too colloquial,” Vanocur said in a 2006 interview.

In 1957, he moved to NBC, where he also worked as a contributing editor on the “Huntley-Brinkley Report” and as a host of “First Tuesday,” a monthly magazine show, before leaving the network in 1971. He then joined Public Broadcasting Service as a senior correspondent and the Washington Post as a television columnist.

Vanocur switched to ABC News in 1977 and remained there until 1991, holding positions such as chief diplomatic correspondent and an anchor for “Business World.” He was also a senior correspondent in Buenos Aires covering the 1982 Falkland Islands War between the U.K. and Argentina. Two years later, he moderated the vice presidential debate between George H.W. Bush and Geraldine Ferraro.

Vanocur, who cited Gerald Ford and Ronald Reagan as the only two presidents he covered who were “at peace with themselves,” lamented the destructive influence that the media developed during his time as a journalist.

“The media goes out of its way to dump on politics, political institutions and politicians,” he said. “Democracy is not supposed to act smoothly.”

With his first wife, Edith Pick, a fashion designer who died in 1975, he had two sons, Nicholas and Christopher. Vanocur later married Virginia Backus Wood.

Banks, telecom companies could be allowed to use Aadhaar, says Jaitley

Real returns: A few good things to do 3 years before retirement