Duterte’s televised remarks Monday night were the strongest sign that he is considering calls by ruling PDP-Laban party allies for him to run for the vice president post to continue his government programs. 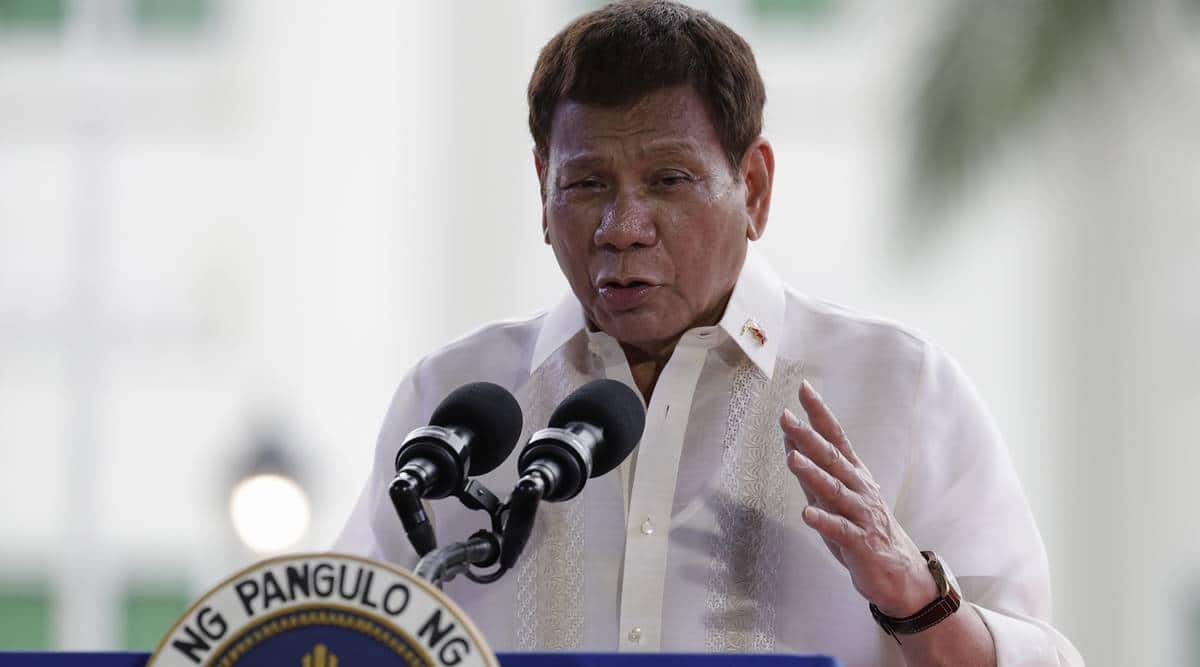 Philippine President Rodrigo Duterte said he may consider running for vice president next year when his term ends “if there is a space for me,” although opponents have described such a prospect as “a joke of the worst kind.”

Duterte’s televised remarks Monday night were the strongest sign that he is considering calls by ruling PDP-Laban party allies for him to run for the vice president post to continue his government programs.

The tough-talking leader also publicly lashed out for the first time at Filipino boxing star Manny Pacquiao, a Philippine senator and a longtime ally, for saying that corruption has worsened under Duterte.

Philippine presidents are barred by the 1987 constitution for running for re-election after their single, six-year term. At least two former presidents, Joseph Estrada and Gloria Macapagal Arroyo, have made successful runs for lower public offices after serving as president but not the vice president post.

Vice president is separately elected from the president under Philippine law. Those who serve in the post could potentially be propelled to the top role if the president dies or is incapacitated for any reason.

“It’s not at all a bad idea and if there is a space for me there, maybe,” Duterte, 76, said of the prospects of him running for vice president. “But if there’s no space for me, everybody is crowding up wanting to be one, vice president, let them be at this time because I’m finished.”

Leaders of Duterte’s PDP-Laban party will meet on July 16-17 to firm up its ticket of candidates for next year’s May 9 presidential, vice presidential and general elections. Aspirants have up to Oct. 8 to file their candidacies.

In a preliminary meeting late last month, Duterte’s party mates approved calls for him to run for vice president next year and pick his presidential running mate. Duterte initially said he wanted to retire after his presidency and was “resisting” the call, although he did not categorically reject it.

A new opposition coalition, 1Sambayan, expressed shock over the prospects of a Duterte vice presidential run.

“The alleged VP run of the president not only makes a mockery of the constitution but a joke of the worst kind. It is laughable,” coalition leader Howard Calleja said after the ruling party announced its backing for a Duterte vice presidential candidacy.

Duterte has gained notoriety for his bloody crackdown on illegal drugs, which has left thousands of mostly petty suspects dead, and vulgar rhetoric, but his popularity ratings have remained high.

The International Criminal Court’s outgoing chief prosecutor said this month that a preliminary examination found reason to believe crimes against humanity had been committed during Duterte’s anti-drug crackdown. The prosecutor sought authorization to open a formal investigation and the court’s judges had 120 days to decide.

In his Monday-night remarks, Duterte also berated Pacquiao, the PDP-Laban president who is reportedly considering joining the presidential race, for saying that corruption is twice more rampant under Duterte than the previous administration. He threatened to campaign against Pacquiao if the popular boxer fails to provide details.

“You didn’t tell me anything all these years, you’re all praises and praises for me and now you’ll say corrupt,” Duterte said. If Pacquiao failed to elaborate, Duterte said it was a sign he was “playing politics”

Soni Razdan: Yours Truly is a sensitive film about loneliness and finding love

Joe Jonas and Sophie Turner’s dog Waldo Picasso killed in a car accident, couple sees a therapist to get over the tragic loss | Bollywood Life