The vaccine had a 72% overall efficacy rate in the United States and 64% in South Africa, where a highly contagious variant emerged in the fall and is now driving most cases. 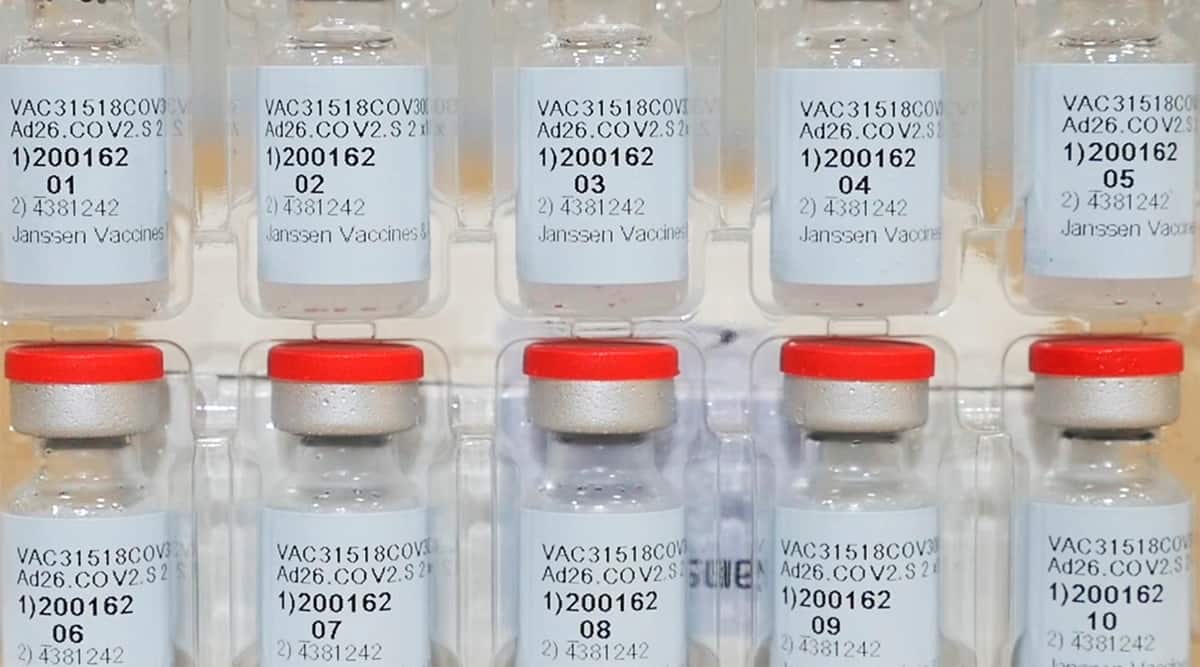 The one-shot coronavirus vaccine made by Johnson & Johnson provides strong protection against severe disease and death from COVID-19 and may reduce the spread of the virus by vaccinated people, according to new analyses posted online by the Food and Drug Administration on Wednesday.

The vaccine had a 72% overall efficacy rate in the United States and 64% in South Africa, where a highly contagious variant emerged in the fall and is now driving most cases. The efficacy in South Africa was 7 points higher than earlier data released by the company.

The vaccine also showed 86% efficacy against severe forms of COVID-19 in the United States and 82% against severe disease in South Africa. That means that a vaccinated person has a far lower risk of being hospitalized or dying from COVID-19.

The analyses confirmed that Americans are likely to benefit soon from a third effective coronavirus vaccine developed in under a year, as demand for inoculations greatly outstrips supply. The FDA could authorize the vaccine as early as Saturday, depending on a vote of its vaccine advisory panel Friday after it discusses the newly released documents.

“With a J&J vaccine, we’ll be able to accelerate the vaccine rollout for our country and for the world,” said Dan Barouch, a virus expert at Beth Israel Deaconess Medical Center in Boston who led much of the early research on the vaccine last year.

Johnson & Johnson’s vaccine can be stored at normal refrigeration temperatures for at least three months, making its distribution considerably easier than the authorized vaccines made by Moderna and Pfizer-BioNTech, which require two doses and must be stored at frigid temperatures.

But access to the new vaccine could be severely limited at first. Dr. Richard Nettles, vice president of U.S. medical affairs at Janssen Pharmaceuticals, the drug development arm of Johnson & Johnson, told lawmakers Tuesday that nearly 4 million doses would be ready for shipment after the FDA authorizes the vaccine, far below the 12 million it had originally pledged to give the federal government by the end of February.

White House officials had an even lower estimate Tuesday, telling governors on a weekly call that around 2 million doses would be available next week, according to an administration official.

Johnson and Johnson’s vaccine has a lower efficacy rate than the vaccines from Moderna and Pfizer-BioNTech, which are both around 95%.

The newly released documents, which include the FDA’s first technical analysis of the company’s 45,000-person clinical trial, presented evidence that the vaccine was safe, with noticeably milder side effects than the Pfizer and Moderna vaccines and without any reports of severe allergic reactions like anaphylaxis.

The vaccine’s protection was consistent across Black, Hispanic and white volunteers, and also across different ages. The trial indicated a lower efficacy, of 42.3%, for people over 60 who had risk factors like heart disease or diabetes. But this figure came with a large amount of statistical uncertainty, the FDA noted.

Although several vaccines can protect people from getting sick with COVID-19, it is unclear whether the shots can also prevent people from getting infected and passing the virus to others, leading to a debate about how quickly society can return to normal after inoculations begin.

Moderna’s trial found some hints that vaccinated people were less likely to develop an infection without symptoms. And AstraZeneca found that its vaccine reduced asymptomatic infections by about half.

Johnson & Johnson looked for asymptomatic infections by checking for coronavirus antibodies 71 days after volunteers got a vaccine or a placebo. The new analyses estimate that the vaccine has an efficacy rate of 74% against asymptomatic infections. But that calculation was based on a relatively small number of volunteers, and the FDA noted “There is uncertainty about the interpretation of these data, and definitive conclusions cannot be drawn at this time.”

“I think it’s going to add to the growing evidence that the vaccines really do prevent infection as well as prevent disease,” Barouch said.

A growing number of Americans blame Donald Trump for shutdown

Australian Open | Sakteth’s priority is to return to the circuit

Kerala gearing up for battle without its biggest ‘Warrier’