On Friday, Israeli police said 44 people were arrested and 20 officers were wounded in a night of chaos in Jerusalem, where security forces separately clashed with Palestinians angry about Ramadan restrictions and Jewish extremists who held an anti-Arab march nearby. 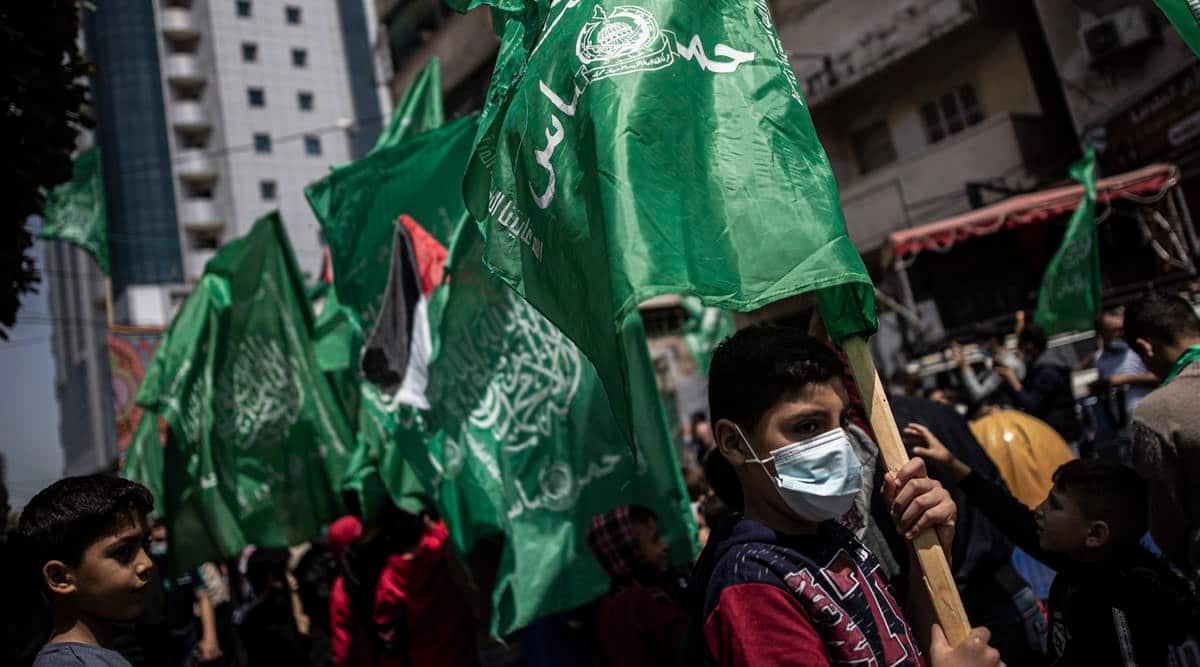 Tensions in Jerusalem sparked the worst round of cross-border violence between Israel and the Gaza Strip in months on Saturday, with Palestinian militants firing at least 30 rockets and Israel striking back at targets operated by Gaza’s Hamas rulers.

Skirmishes have spiked in recent days in Jerusalem, which has long been a flashpoint in the Israeli-Palestinian conflict, and is home to holy sites sacred to Jews, Christians and Muslims. Residents braced for possible further unrest as police stepped up security and the US Embassy appealed for calm.

On Friday, Israeli police said 44 people were arrested and 20 officers were wounded in a night of chaos in Jerusalem, where security forces separately clashed with Palestinians angry about Ramadan restrictions and Jewish extremists who held an anti-Arab march nearby.

The incidents in Jerusalem triggered a flare-up in Gaza. Hamas’ armed wing warned Israel “not to test” its patience and militants in the Palestinian enclave started firing rockets into southern Israel late Friday and continued through Saturday morning.

The Israeli military said its aircraft and tanks struck rocket launchers and unspecified underground infrastructure for Hamas. The militant group did not claim responsibility for the rocket attacks, but a small military formation affiliated with the leftist Popular Front for the Liberation of Palestine said it fired some of the missiles.

Sirens warning of incoming rockets from Gaza kept blaring in southern Israel. Air defenses intercepted some of the rockets. There were no reports of injuries on either side. 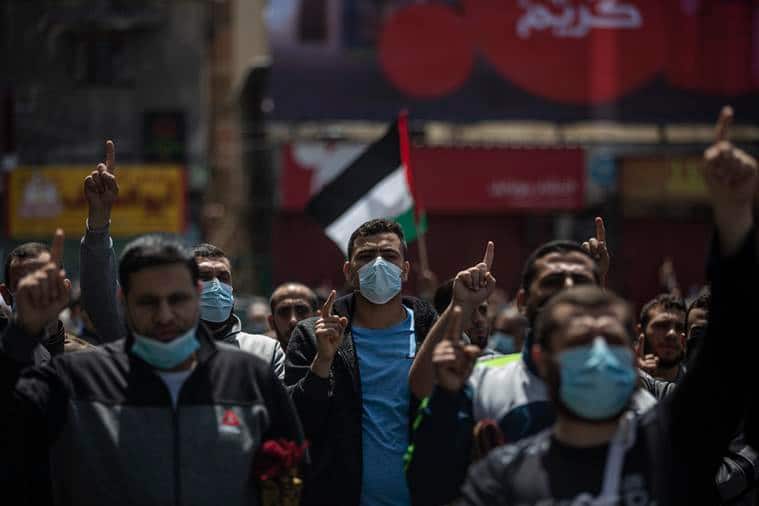 At dawn, hundreds of people in Gaza challenged nightly curfews imposed by Hamas to curb the coronavirus outbreak and took to the streets in an act of solidarity with fellow Palestinians in Jerusalem, burning tires.

There were concerns the violence could reignite following Friday noon prayers at a major holy site in Jerusalem, but thousands of worshippers dispersed peacefully after Muslim religious leaders called for restraint.

But in the evening, dozens of Palestinians marched toward an entrance to the walled Old City of Jerusalem and clashed with Israeli police, which said the protesters had thrown stones and other items at officers. Six Palestinians were injured with two hospitalized.

Palestinians have clashed with Israeli police on a nightly basis since the start of the Muslim holy month of Ramadan. The tensions began when police placed barricades outside the Old City’s Damascus Gate, where Muslims traditionally gather to enjoy the evening after the daytime fast.

The clashes intensified Thursday evening when hundreds of Palestinians hurled stones and bottles at police, who fired a water cannon and stun grenades to disperse them. Dozens of Palestinians were wounded in the melee.

At the same time, a far-right Jewish group known as Lahava led a march of hundreds of protesters chanting “Arabs get out!” toward the Damascus Gate. The show of force came in response to videos circulated on TikTok showing Palestinians slapping religious Jews at random. Other videos made in response to them appear to show Jews assaulting Arabs. After keeping them a few hundred yards away from Damascus Gate, Police used water cannon, stun grenades and mounted police to push far-right protesters back toward mostly Jewish west Jerusalem.

The Palestinians want east Jerusalem to be the capital of their future state. Its fate has been one of the most divisive issues in the peace process, which ground to a halt more than a decade ago.

Early Saturday, Jordan strongly condemned “the racist attacks on Palestinians.” Foreign Minister Ayman Safadi tweeted: “As the occupying power under international law, Israel is responsible for stopping these attacks & for the dangerous consequences of failing to do so.”

The US Embassy said it was “deeply concerned” about the violence in recent days. “We hope all responsible voices will promote an end to incitement, a return to calm, and respect for the safety and dignity of everyone in Jerusalem,” it said in a statement.

Tens of thousands of Palestinians attended weekly prayers at the Al-Aqsa mosque compound in Jerusalem’s Old City on Friday. The site is the third holiest in Islam and the holiest for Jews, who refer to it as the Temple Mount.

Sheikh Muhammad Hussein, the Grand Mufti of Jerusalem, condemned the “police and settlers’ attack on Palestinians in Jerusalem” in his sermon. But he called on worshippers to remain calm and not to give the other side an excuse to storm the compound. They dispersed peacefully after prayers and there were no immediate reports of unrest.

The sprawling hilltop compound has seen clashes on a number of occasions over the years and was the epicenter of the 2000 Palestinian intifada, or uprising.

Hamas meanwhile staged demonstrations across Gaza after Friday prayers, reiterating its support for armed struggle. “After a long series of protests and demonstrations, we have reached the conclusion that without weapons, we cannot liberate our land, protect our holy sites, bringing back our people to their land or maintain our dignity,” senior Hamas official Mahmoud Zahar said.

Are mosques integral to Islam?: Supreme Court verdict refusing to refer question to a larger Bench