Both Trump and his campaign, in recent remarks, assert that more Indian Americans support them than the Democrats. 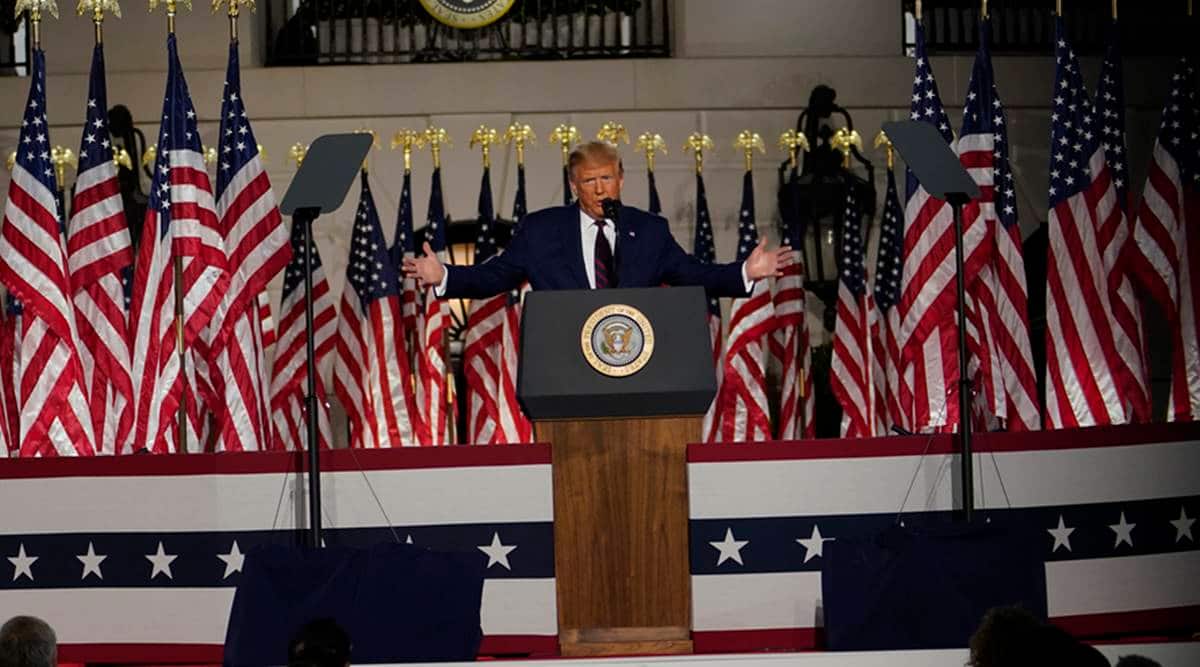 Highlighting the great relationship that he has developed with Indian Americans and Prime Minister Narendra Modi, US President Donald Trump said that he would think that Indian Americans would vote for him in the November 3 presidential election.

Trump was responding to a question on a video titled, “Four more years” released by the Trump Campaign during the Republican National Convention last month. Tweeted by Kimberly Guilfoyle, national chair of Trump Victory Finance Committee and retweeted by his son Donald Trump Jr, the video conceptualised by Al Mason, co-chair of the Trump Victory Indian American Finance Committee, has short clips from the Modi-Trump joint address in Houston last year and Ahmedabad in February this year.

“Would Kimberly, Don Jr., and Ivanka Trump, who are very popular among Indian Americans, would be campaigning on your behalf among the Indian Americans with your views on India-US relationship?” he was asked.

“I know India and I understood those young people (Kimberley, Donald J Trump Jr and Ivanka) that you mentioned. They’re very good young people. And I know their relationship with India is very good and so is mine,” Trump said.

The president said that he has a very good relationship with Modi.

“Prime Minister Modi is a friend of mine and he’s doing a very good job. Nothing easy, but he’s done a very good job,” he said as he recollected his historic address at the ‘Howdy Mody’ event in Houston last September.

The president then referred to his India visit early this year in February before the coronavirus pandemic hit the two countries.

“I also, as you know, went to India just prior to the pandemic setting in because India has been hit very hard, left really about a week before that, and we had an incredible time. What we saw the people are so incredible it’s really an incredible place, an incredible country and its definitely big,” he said.

“But you’ve got a great leader and he’s a great person,” Trump said.

In recent weeks both the Democrats and Republicans have intensified their outreach to the Indian American community, in particular in the battle ground states.

A recent research by Mason in battle ground states showed that Indian Americans who traditionally vote for the Democrats are switching over to the Republican party in significant numbers because the friendship that Trump has with Modi and the latter’s high popularity among a large section of the community who number four million in the US, of which 2.5 million are eligible to vote.

In the battleground states, they number 1.3 million as per a recent remark made by Indian Americans in the Democratic party.

Both Trump and his campaign, in recent remarks, assert that more Indian Americans support them than the Democrats.

In various writings and remarks the Democratic leaders in recent weeks have apprehended that Trump’s friendship with Modi might sway their traditional vote bank the election.

The Trump campaign believes that Indian Americans can play an important role in the election, especially in the battleground states like Michigan, Pennsylvania and Ohio, where the two rival campaigns would be battling for every vote.

Democratic campaign too is coming out with ideas and commercials to woo Indian Americans.

The Democratic National Committee chair Tom Perez has addressed the community virtually, wherein he has acknowledged the key role that Indian Americans can play in battleground states.

France closes the Louvre as coronavirus spreads to new fronts