In conversations around Tehran during a recent visit, Iranians wavered between faith and despair, hope and practicality, wondering how to make the best of a situation beyond their control. 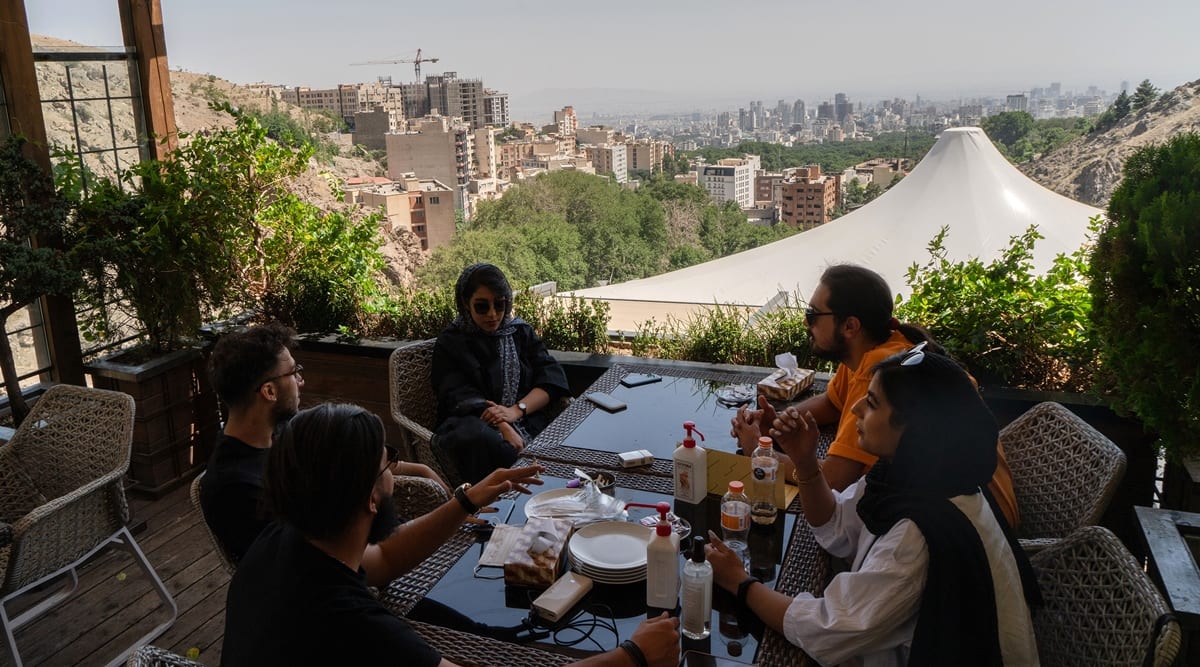 Amir, an engineering master’s degree student standing outside Tehran University, had thought about going into digital marketing, but worried that Iran’s government would restrict Instagram, as it had other apps. He had considered founding a startup, but foresaw US sanctions and raging inflation blocking his way.

Every time he tried to plan, it seemed useless, said Amir, who at first would not give his real name. He was afraid of his country, he said, and he wanted to leave after graduation.

This is life now for many educated urbanites in Tehran, the capital, who once pushed for loosening social restrictions and opening Iran to the world, and who saw the 2015 nuclear deal with the US as a reason for hope.

But three years ago, President Donald Trump reneged on the agreement and reimposed harsh economic sanctions, leaving these Iranians feeling burned by the Americans and isolated under a newly elected president at home who is antithetical to their values — a hard-liner vowing further defiance of the West.

After years of sanctions, mismanagement and the pandemic, it is easy to put numbers to Iran’s economic struggles. Since 2018, many prices have more than doubled, living standards have skidded and poverty has spread, especially among rural Iranians. All but the wealthiest have been brought low.

But there is no statistic for middle-class Iranians’ uncertainty and increasingly pinched aspirations. Their darkening mood can best be measured in missed milestones — in the rush to leave the country after graduation, in delayed marriages and declining birthrates.

In conversations around Tehran during a recent visit, Iranians wavered between faith and despair, hope and practicality, wondering how to make the best of a situation beyond their control.

In Tehran for the day to run errands — he needed a phone, she had government paperwork — Bardja Ariafar, 19, and Zahra Saberi, 24, sat on a bench in Daneshjoo Park, exercising one of the subtle social freedoms Iranians have carved out under the strict theocracy in recent years. Despite a ban on gender mixing in public, men and women now sit together in the open. 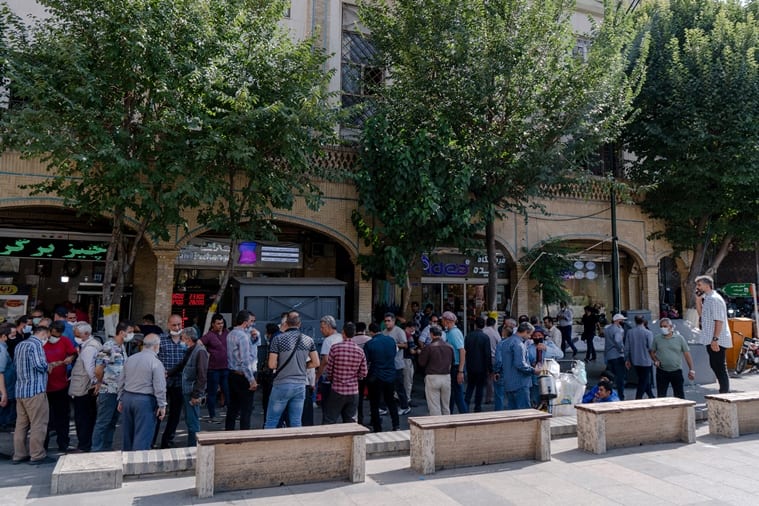 The friends work at Digikala, the Amazon of Iran, sorting goods in a warehouse in Karaj, a suburb now full of ex-Tehran residents seeking cheaper rents. Ariafar said he was supplementing his income as a computer programmer. Saberi, like many overqualified young Iranians, had not found a job that would let her use her Persian literature degree.

If and when Saberi marries, she and her family will have to pay for their share of everything the couple would need, from household appliances, new clothes and a customary mirror-and-candlesticks set to a house. The groom’s family will supply a gold-and-diamond jewelry set for the wedding.

But after Iran’s currency, the rial, lost about 70% of its value in just a few years, her family could no longer afford it.

The rial plunged from about 43,000 to the dollar in January 2018 to about 277,000 this week, a decline that forced the government last year to introduce a new unit, the toman, to slash four zeros off the bills. But everything from rents to clothing prices is based on the dollar because most raw materials are imported, so Iranians are spending much more of their incomes on much less. 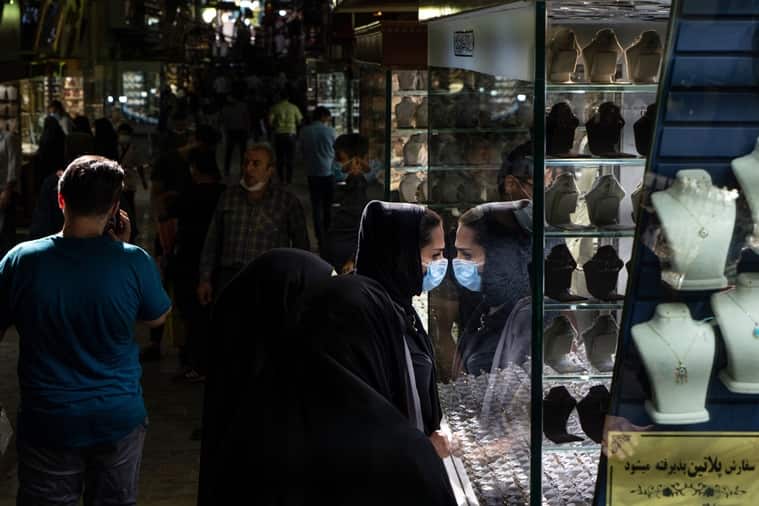 In 2020, the percentage of Iranians living on the equivalent of less than $5.60 per day had risen to 13% from less than 10% a decade ago, according to an analysis by Djavad Salehi-Isfahani, a Virginia Tech economist. It was worse in rural areas, where about one-quarter of the population lives in poverty, up from 22% in 2019.

“It’s hard to succeed and develop in Iran,” he said, “so maybe that’s my only choice, to go abroad.”

But for Saberi, leaving was not an option.

“This is my home, my land, my culture,” she said. “I can’t imagine leaving it. We have to make it better, not flee.”

In July, Iranian authorities unveiled a solution to Iran’s marriage and childbirth crisis: a state-sanctioned dating app. But for the young Iranians the authorities would like to start families, matches may not be the problem.

“How much?” she asked, holding her finger up for her fiance’s inspection.

“Do you have any fake diamonds?”

“No, but I’ll give you a good discount,” he repeated.

“I don’t want real diamonds,” she said, removing the ring.

With the price of gold up tenfold, by jewelers’ estimates, in the past few years, more couples have opted for costume jewelry. Others marry in small, hurried ceremonies, while saving up to leave. Some postpone marriage into their 30s; others are priced out.

The next step, too, has edged out of reach.

Would-be parents are troubled by the possibility of further unrest, even war. No one knows whether the ultraconservative president, Ebrahim Raisi, will curb the few social freedoms that Iranians have carved out like the Western music throbbing through many cafes or even the tattoos snaking up young people’s arms.

And will the economy ever become strong enough to give a child a good life?

They married six months before Trump reimposed sanctions. Soon after, everything they were expected to buy before marrying doubled in price.

“It was bad then,” Negarestan said. “We didn’t think it could get worse.”

The couple, who recently started a business selling pottery wheels, said they have both always wanted children. Yet they keep putting off a decision.

“You can either have a very objective view of things — to have a baby, I need insurance, I need a job with this much income,” said Saleh, who works for a water treatment company and freelances in video production. “Or you can base it on faith — once you have a baby, God will provide. But on any given day, my practical side is winning.”

Negarestan has held onto some optimism.

But if they have a baby and the country deteriorates, she said, they will leave.

Between hope and despair, there is compromise.

Tehran’s rich can still find Dutch coffee filters and baby carrots from California, at a price, thanks to a cottage industry of small-time sanctions-busters. On the capital’s streets, late-model AirPods poke from ears, and any traffic jam might include a shiny Range Rover.

When Fatemeh, 39, started working as an information technology engineer 17 years ago, she said she earned enough to save for a house and support a comfortable life. Three children and a steep economic decline later, however, she needed to pad her income.

After the 2018 sanctions, as foreign clothing stores disappeared or raised prices, she detected opportunity. Soon, she was paying Iranians in Turkey to buy products online and fly or drive them home.

Three years later, business is brisk. Her customers pay a 20% markup for foreign brands rather than resign themselves to Iranian ones.

“It’s not like with the sanctions, you say, ‘Goodbye lifestyle, goodbye everything that I wanted,’” she said. “We try to find a way around it.”

Yet even after doubling her income, Fatemeh said she was barely keeping up. Her children’s school costs four times what it did a few years ago, she said, and her grocery bill has quintupled.

With two more years’ hard work, she said, she might just catch up to inflation — longer, if things got worse.

Portraits by a passionate artist, with a typewriter

Sisters accusing Cardi B of brawl banned from strip club