Global Coronavirus (COVID-19) Updates: Over 12.4 million cases of coronavirus have been reported worldwide, with as many as 5,59,000 deaths. India’s caseload crossed the 8 lakh-mark Friday after 27,114 cases and 519 deaths were reported across the country. Now, the total number of positive cases stands at 8,20,916, including 2,2123 fatalities, 2,83,407 active cases, and 5,15,386 recoveries, according to data released by the Union Ministry of Health and Family Welfare. Follow Coronavirus India live updates 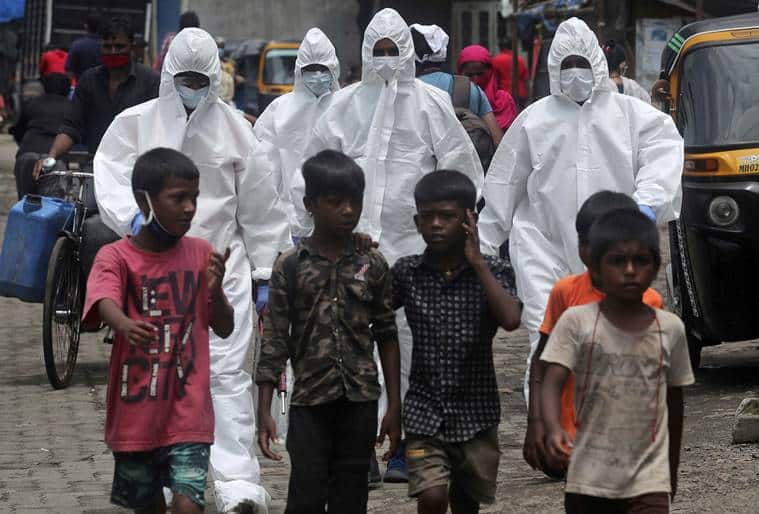 South Africas confirmed coronavirus cases have doubled in two weeks to a quartermillion. In Johannesburg at South Africas epicenter badlyneeded oxygen concentrators which help people with COVID19 breathe are hard to find as private businesses and individuals are buying them up a public health specialist volunteering at a field hospital Lynne Wilkinson told The Associated Press. Meanwhile South Africas struggling public hospitals are short on medical oxygen _ and they are now seeing a higher proportion of deaths than in private ones the National Institute for Communicable Diseases says.

South Africa now has more than 250000 confirmed cases including more than 3800 deaths. To complicate matters the countrys struggling power utility has announced new electricity cuts in the dead of winter as a cold front brings freezing weather Many of the urban poor live in shacks of scrap metal and wood And in Kenya some have been outraged by a local newspaper report citing sources as saying several governors have installed intensive care unit equipment in their homes.

WHO believes ‘unknown pneumonia’ in Kazakhstan could be COVID-19

The emergencies chief of the World Health Organization says the agency believes an unexplained pneumonia outbreak in Kazakhstan is likely due to the coronavirus. Dr Michael Ryan says Kazakh authorities have reported more than 10,000 lab-confirmed COVID-19 cases in the last week and just under 50,000 cases and 264 deaths as of Tuesday. “We’re looking at the actual testing and the quality of testing to make sure that there haven’t been false negative tests for some of those other pneumonias that are provisionally tested negative,” Ryan said.

He added that many pneumonia cases were likely to be COVID-19 and “just have not been diagnosed correctly.” Ryan says WHO was working with local authorities to review X-rays and look at the pattern of pneumonia cases to see if they were consistent with COVID-19.

“While we believe that many of these cases will be diagnosed as COVID-19, we keep an open mind,” says Ryan, noting a WHO team was already in Kazakhstan.

With new coronavirus cases dropping sharply in China, authorities have turn their attention to concerns that the virus could spread through imported food. Testing has been ramped up on incoming food shipments, and customs officials Friday said they were halting imports from three Ecuadorian shrimp producers after tests showed the presence of the virus in recent shipments. Authorities said the virus was detected on the outer packaging of shipments on July 3. The inner packaging and the shrimp, had, however tested negative.

South Korea reported 35 new cases of coronavirus, bringing its total caseload to 13,373, with 288 deaths. The Centre for Disease Control and Prevention said Saturday that 13 of the new cases came from Seoul. Infections have also been detected in other major cities such as Gwangju and Daejeon. At least 15 new cases were linked to international arrivals. 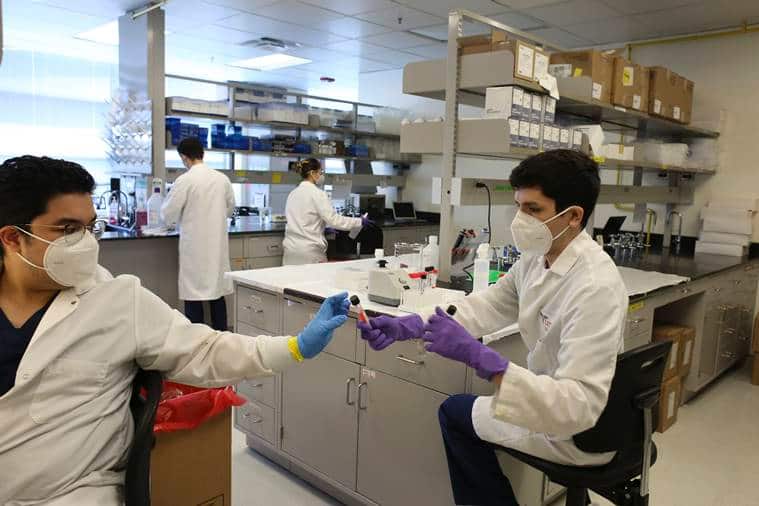 Certain nursing homes in New York can allow visitors — with restrictions — starting July 15 as the state eases a ban aimed at limiting the spread of Covid-19 among vulnerable elderly residents.

Only nursing homes and long-term care facilities without any new coronavirus cases among residents and staffers in the last 28 days can allow limited visits, state Department of Health Commissioner Howard Zucker said Friday. The department said the state’s policy follows federal guidance and is limited to nursing homes without staffing shortages that have tested all residents.

In other news, Kentucky’s Governor said a new requirement for people to wear face masks in public took effect at 5 pm Friday. Governor Andy Beshear said masks were mandatory regardless of anything other information being circulated.

Texas governor Greg Abbott said things would get worse in the state as more than 10,000 patients were hospitalised with the virus. Around 95 deaths were recorded on Friday. 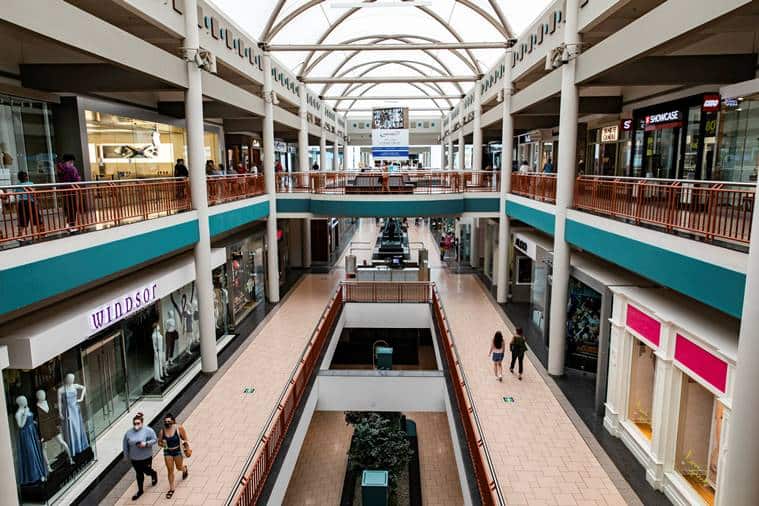 Health officials in Australia’s Victoria reported 216 new cases of coronavirus on Saturday, down from 288 cases yesterday. Victoria now has 3,560 confirmed cases of Covid-19. The entire country, meanwhile has over 9,000 cases of the virus, and 107 deaths.

South Africa reported around 12,348 confirmed cases of coronavirus, taking the tally to 2,50,687 with 3,860 deaths. The epicentre of the outbreak has now shifted to Gauteng province, home of Johannesburg and the capital of Pretoria.

Of all adults infected with COVID-19 in the country, 50 to 66 per cent are asymptomatic, with many infections going undetected, a health official claimed. 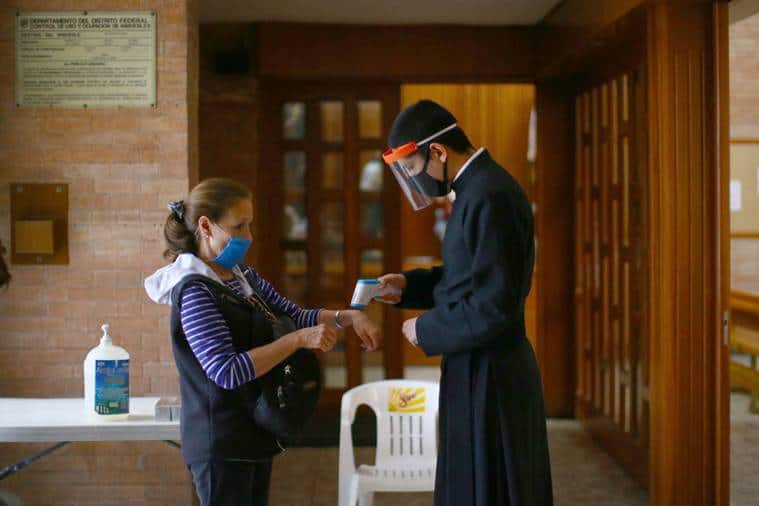 The pandemic has spared no one, including the leadership of Latin America, with two more presidents and powerful officials testing positive this week for the coronavirus.

An Associated Press review of official statements from public officials across Latin America found at least 42 confirmed cases of new coronavirus in leaders ranging from presidents to mayors of major cities, along with dozens, likely hundreds, of officials from smaller cities and towns. In most cases, high-ranking officials recovered and are back at work. But several are still struggling with the disease.

In Brazil, President Jair Bolsonaro, 65, announced his illness Tuesday and said he was taking hydroxychloroquine to treat the virus. Bolsonaro has been advocating the unproven malaria drug for COVID-19 for the last few months.

Cometh on a pilgrimage and delivereth a baby

Woraiyur PHC to get a facelift