The ban on the far-right group comes amid rising tensions between Ankara and Paris over the fight against extremism. 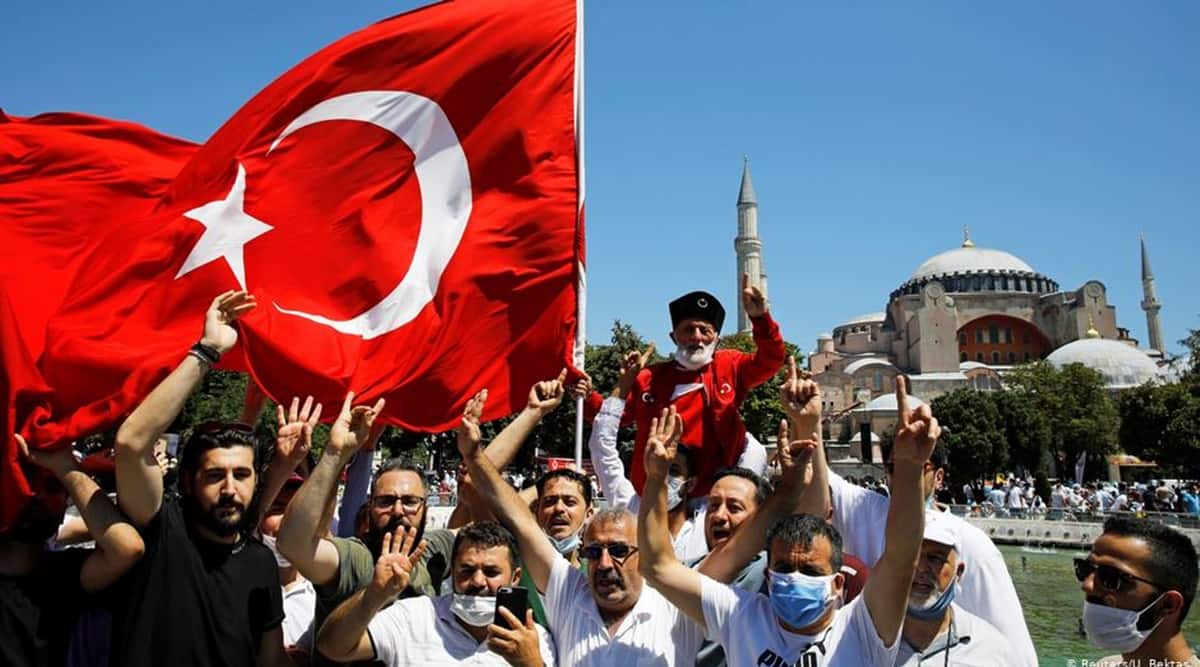 The French government on Wednesday banned the Grey Wolves, a far-right nationalist group accused of violent actions and inciting hate speech in France.

The ban was approved during a weekly Cabinet meeting, according to government spokesperson Gabriel Attal.

France accused the group of “extremely violent actions,” spreading “extremely violent threats” and creating “incitement to hatred against authorities and Armenians,” Attal said, citing an Armenian memorial near the eastern city of Lyon that was found defaced last weekend.

The 1915 Armenian genocide memorial had “Grey wolf” and “RTE,” the initials of Turkish President Recep Tayyip Erdogan, written on it, as well as pro-Turkish slogans.

Armenians have long campaigned for the mass killings of their ancestors in the Ottoman Empire from 1915 to be recognized as genocide. France backs their call.

Who are the Grey Wolves?

The Grey Wolves group is linked to a top ally of the Turkish president and is seen as a militant wing of the Nationalist Movement Party (MHP), which is allied with Erdogan’s Justice and Development Party (AKP) in the Turkish parliament.

The Grey Wolves was a nickname given to members of a fringe Turkish movement that emerged in the 1960s and 1970s.

The group used violence in the 1980s against leftist activists and ethnic minorities.

France has been cracking down on militants after the beheading of schoolteacher Samuel Paty over the use of caricatures of the Prophet Muhammad as well as what French police have called a deadly Islamist attack at a church in Nice.

Tension between France and Turkey has also been growing over the Nagorno-Karabakh conflict.

Ankara has backed its ally Baku in the fighting. The region is a part of Azerbaijan but has been controlled by ethnic Armenian separatists since a 1990s war claimed 30,000 lives.

In reaction to the ban on the Grey Wolves, Ankara vowed to “respond in the firmest way possible.”

The Turkish Foreign Ministry denied the very existence of the group, saying France was “dealing with an imaginary formation.”

In a statement, the ministry said the French government had to “protect the freedom of assembly and expression of Turks in France.”

It accused the French government of ignoring “incitements, threats and attacks” against Turks in France.

The Foreign Ministry said banning the group showed, “The French government is now completely under Armenian influence.” It accused France of “double standards” and “hypocrisy” because it allows the Kurdistan Workers’ Party (PKK) and other groups to be active in France.

Turkey considers the PKK to be a terrorist organization.

President Trump says US being ‘very tough’ on Turkey