The Center for Strategic and International Studies notes that hunger in Afghanistan has increased substantially since 2014 due to major droughts, floods and economic and security challenges. 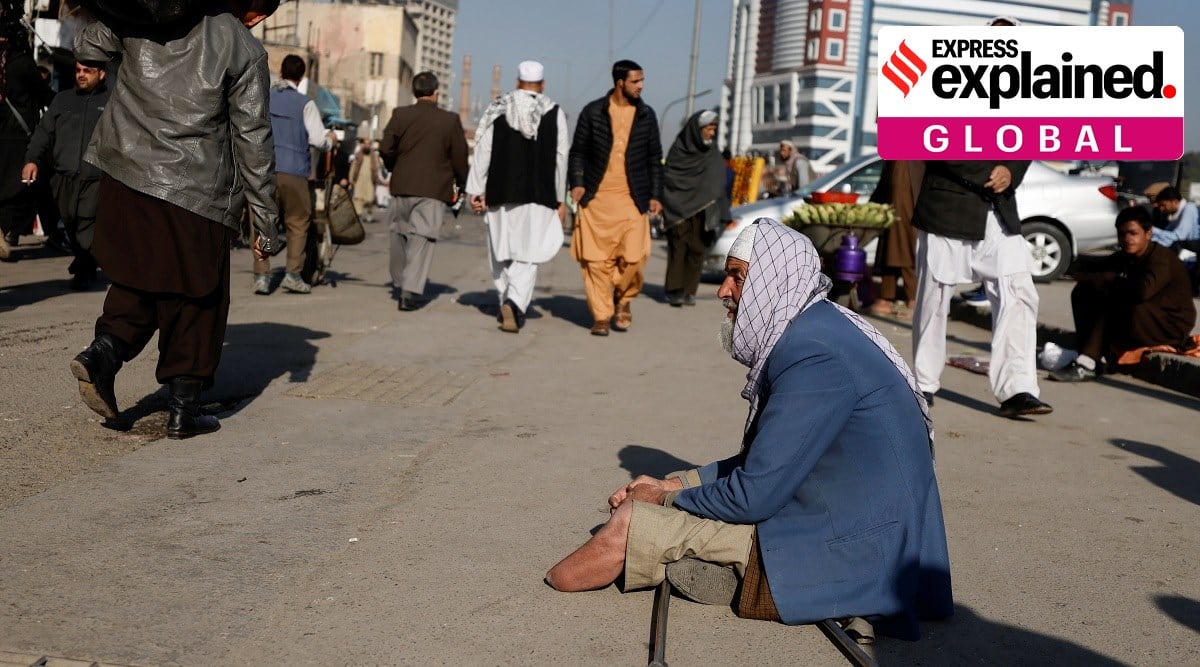 About 22.8 million people in Afghanistan, or half the country’s population will face acute food insecurity from November. This is what the UN’s World Food Programme (WFP) has warned about, referring to the findings from the Integrated Food Security Phase Classification (IPC) report, which is issued by the Food Security and Agriculture Cluster of Afghanistan.

The warning call came just months after Afghanistan fell to the Taliban in August when US troops withdrew after being stationed there for over two decades.

Recently, the Global World Hunger (GHI) index was also released, which ranked Afghanistan at 103, just two positions after India, which was ranked 101. Overall, 116 countries were considered for the index for the year 2021. The GHI index classified Afghanistan’s level of hunger as “serious”.

What is causing food insecurity in Afghanistan?

There are various reasons because of which the WFP has sounded an alarm. These factors include the COVID-19 pandemic, drought and conflict, which have severely affected people’s ability to access food in the country. The Center for Strategic and International Studies (CSIS) notes that hunger in Afghanistan has increased substantially since 2014 due to major droughts, floods and economic and security challenges.

Also Read |In war and in peace, passion for cricket alive and well in Afghanistan

The Nikke Asia report also said that as per vice president of the Pakistan-Afghanistan Joint Chamber of Commerce and Industry (PAJCCI), Zia-ul-Haq Sarhadi, the food shipments from Pakistan to Afghanistan have fallen because the Taliban have limited weekly bank withdrawals to about $200 or 20,000 Afghanis (roughly Rs. 17,000).

Is food insecurity in Afghanistan recent?

Food insecurity in Afghanistan is not a recent reality, the country has been food insecure for a few years now.

A 2007 USAID report on the food security situation in Afghanistan referred to a 2005 National Risk and Vulnerability Assessment (NRVA) which summarised the food situation in the country as follows, “At the household level, food insecurity in Afghanistan is largely caused by inadequate access to food resulting from low household incomes.”

In fact, a 2010 UN report said that “Poverty actually kills more Afghans than those who die as a direct result of the armed conflict either accidental, nor inevitable; it is both a cause and a consequence of a massive human rights deficit.”

According to a joint report published by the World Bank and the Afghanistan Government, as of 2018, agriculture has traditionally dominated Afghanistan’s economy and contributed towards a large share of its growth. Further, about 70 percent of Afghans live and work in rural areas, mostly on farms and about 61 percent of all households derive their income from agriculture.

One of the key findings of the report was that the crop agriculture sub sector was not diversified enough and was overly concentrated on wheat. Further, while agriculture represented a high share of workers, their share of income was low because of limited market participation and a high number of unpaid family workers.

How much does food cost in Afghanistan in 2021?

In May, the World Bank noted that the pandemic has exacerbated food insecurity across vulnerable communities in Afghanistan. This is mainly because preventive measures such as lockdowns have caused border closures and disrupted productive activities and driven consumption down. “This is in addition to the widespread seasonal hunger due to conflicts, slow growth, drought, and high unemployment that has disproportionately impacted low-income urban and rural families,” it said.

Around this time, the Afghan time rolled out the Dastarkhwan-e Meli to address hunger and growing unemployment in the vulnerable communities. By May, 750,000 Afghan households had received relief packages.