A large number of people have taken to the streets in various countries, such as the US, UK, Australia, Italy and Canada, to protest the mandatory use of face masks, and other lockdown rules. 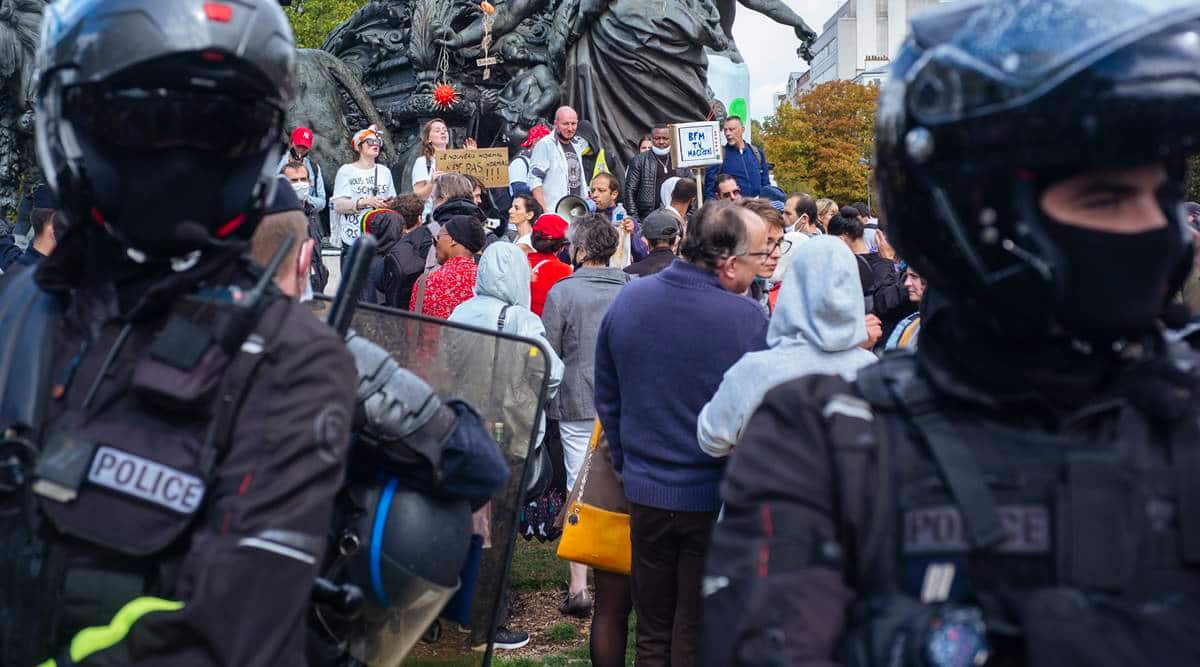 As the Covid-19 pandemic continues to affect the world, government measures to contain the virus are witnessing a pushback globally.

A large number of people have taken to the streets in various countries, protesting the mandatory use of face masks, and other lockdown rules.

Many of these demonstrators have argued that by making these rules compulsory, local authorities are infringing on their personal rights and freedoms. Some have even alleged that wearing a face mask causes more harm than good, by increasing the intake of carbon dioxide and reducing the amount of oxygen in the body — a claim doctors have repeatedly refuted.

The World Health Organisation (WHO) too has repeatedly issued directives urging people to wear face masks in public places. According to the UN body, the mask can provide “a barrier for potentially infectious droplets”.

Nonetheless, thousands of ‘anti-maskers’ have gathered across the world, deliberately flouting norms like social distancing.

Here is a look at some of the anti-mask protests that have occurred worldwide.

Thousands of demonstrators gathered at Trafalgar Square in London last month to protest against the Covid safety measures imposed by the UK government.

Several photographs and videos shared from the event show protestors climbing up the historic Nelson’s Column monument and calling for an end to mandatory measures such as mask wearing and social distancing, CNN reported.

The protestors, a majority of whom did not wear masks or practise physical distancing, were photographed carrying signs with slogans that read: “masks are muzzles” and “Covid is a hoax”, as per reports.

The ‘Unite for Freedom’ protest was organised by a number of anti-lockdown groups.

At least 500 to 600 people attended an anti-mask protest outside the parliament building in Scotland’s capital city of Edinburgh on Saturday. The demonstrators, some of whom brought children along, were seen carrying flags and placards condemning the government restrictions.

The march was organised by a group called ‘Saving Scotland’, which describes itself as a “grassroots health movement”. A post shared to promote the event on Facebook read, “(it is ) time to stand up together, and listen to real scientific evidence in regards to the health of the Scottish people”.

According to the group, the lockdown was causing “more harm than the virus”, BBC reported. They also encouraged Scots to say “no to mandatory vaccines and masks. No to secondary lockdowns.”

Scotland’s National Clinical Director Prof Jason Leitch told BBC that he believed the protests were “deeply irresponsible”. “Do they think we’re making it up? 194 countries are making up a viral pandemic,” he added.

More than 1,000 people gathered in the heart of Rome Saturday to protest against the government making the use of face masks mandatory for schoolchildren. The demonstrators included a number of anti-vaccine activists and conspiracy theorists, AFP reported.

“No masks, no social distancing,” a banner at the protest read. Others featured slogans like “Personal freedom is inviolable” and “Long live liberty.”

Italy was one of the first countries in Europe to bear a staggering brunt of the pandemic. The country reported almost 276,000 cases and over 35,000 casualties. A two-month lockdown in the country ended in May.

In a tweet shared on Saturday, Italian Prime Minister Giuseppe Conte said no new lockdown will be enforced in the country, but “targeted confinement” may take place if needed.

At least 15 arrested in anti-lockdown protest in Melbourne

At least 15 people were arrested amidst a protest against government-mandated rules and regulations to prevent the spread of Covid-19 in Melbourne, Australia, Saturday. The protest was attended by over 300 people, despite a strict lockdown in the city, BBC reported.

The state of Victoria has been at the heart of a resurgence of Covid-19 cases in recent weeks. A six-week lockdown was imposed in July to curb the spread of the outbreak. However, hundreds of people took to the streets on Saturday demanding authorities to reopen the city.

A series of similar rallies were held on a much smaller scale in Australian cities like Sydney and Byron Bay.

Huge crowds of protestors gathered in the Spanish capital of Madrid last month to protest against the mandatory use of face masks in the country. Hundreds were seen chanting slogans against the government and holding up placards in Madrid’s city centre, Plaza Colón, BBC reported.

The universal mask-wearing rule was introduced by Spain’s government in May for those using public transport. It was later extended to the rest of the country.

The protests in August took place days after the government introduced a number of new restrictions, including a ban on smoking in public.

Thousands of demonstrators marched through downtown Montreal last month after the Canadian state of Quebec announced a number of new Covid-19 restrictions, including mandatory mask regulations.

The protestors charged through the streets demanding freedom from masks, in the state where mask-wearing is compulsory even in restaurants and other public places, Canadian broadcaster CBC reported.

Anti-mask protests break out across the United States

Wearing face masks has been a heated point of contention ever since the pandemic first gripped the United States. Even with the US reporting the highest number of Covid-19 cases in the world, anti-mask rallies continue to take place in different parts of the country.

Hundreds of anti-mask protestors have gathered in states like Utah, Florida and California over the past few months, claiming that making wearing a mask mandatory is merely a tool to spread fear.

Meanwhile, a counter-movement is also gaining momentum in the country, which is currently also witnessing a racial reckoning. In recent months, the hashtag #Karen has been widely used on social media to ‘expose’ people, mostly white women, who are caught exhibiting ‘problematic’ behaviour, including racism or flouting mask-wearing rules in public places.

Actress in ‘ER,’ ‘Stand and Deliver’ fatally shot by police

Staccato’s art of the rejig

US dollar near 2-month high as economic recovery risks loom