“There is only one China in the world and the government of the People's Republic of China is the sole legal government representing the whole of China,” the foreign ministry said in a statement. Furious over Lithuania for permitting Taiwan to open a representative office, China on Sunday downgraded diplomatic ties with it to the level of charge d’affaires, a move that could further damage Beijing’s relations with the European Union, as the tiny Baltic nation with less than three million population is an influential member of the bloc.

“There is only one China in the world and the government of the People’s Republic of China is the sole legal government representing the whole of China,” the foreign ministry said in a statement.

The one-China principle is an overwhelming consensus of the international community, a widely-recognised norm governing international relations, and the political foundation for China and Lithuania to develop bilateral ties, it said.

“Regrettably, Lithuania has chosen to ignore China’s solemn position and to disregard the broader interests of bilateral ties and the basic norms governing international relations. It has allowed the establishment in Lithuania of the ‘Representative Office’ bearing the name of Taiwan, thus creating an egregious precedent in the world,” the statement said.

“The Chinese government, out of the need to safeguard national sovereignty and basic norms governing international relations, has no choice but to downgrade its diplomatic relations with Lithuania to the charge d’affaires level. The Lithuanian government must bear all the ensuing consequences,” it said.

Charge d’affaires in diplomatic parlance means the embassy will be headed by the chief of mission in the absence of the ambassador. China has already recalled its envoy from Lithuania’s capital Vilnius.

“The downgrade means a serious setback in China-Lithuania diplomatic relations, as charge d’affaires does not have full authority compared with ambassadors. It indicates that the power of diplomats in both countries will be greatly limited and affected,” Cui Hongjian, director of the Department of European Studies at the China Institute of International Studies, told the the Global Times.

A similar decision could be traced back to as early as on May 5, 1981, when China downgraded the bilateral diplomatic ties to the charge d’affaires level with the Dutch government after the Netherlands approved the sale of a submarine to Taiwan.

Observers say China apprehends that Lithuania’s move could prompt other EU and smaller countries to resort to similar action.

“We also have this stern warning for the Taiwan authorities: Taiwan is never a country. No matter how ‘Taiwan independence’ forces try to misrepresent facts and confound black and white, the historical fact that the mainland and Taiwan belong to one and the same China cannot be changed. Attempts to seek foreign support for political manipulation will prove a dead end,” the statement said. 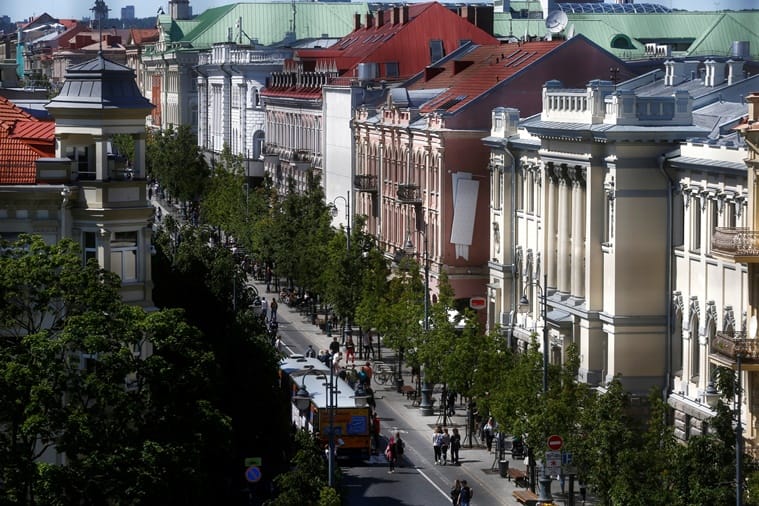 China, which claims Taiwan as part of the mainland and ratcheted up tensions by sending over 200 military planes into Taiwan’s Air Identification Defence Zone (ADIZ) in recent weeks, is at loggerheads with Lithuania since the last few months over its decision to permit Taiwan to open its Representative Office.

Beijing had recalled its ambassador from Vilnius in August and also asked Lithuania to recall its envoy from China.

However, undaunted, Lithuania went ahead and permitted the opening of the Taiwan Representative Office, regarded as a de facto embassy, prompting Beijing to warn Vilnius of serious consequences.

“The Lithuanian side shall be responsible for all the ensuing consequences” and it “shall reap what it sows”, Chinese Foreign Ministry spokesman Zhao Lijian warned on Friday last.

It all began in May when Lithuania withdrew from the Beijing-led 17+1 cooperation platform with central and eastern European states, calling it “divisive”.

As it geared up for a diplomatic showdown with China, it moved closer to the US, which for its part has increased support for Taiwan to stave off the threats from China to guard and protect its independent identity.

Lithuanian Economy Minister Ausrine Armonaite on Thursday said his country would sign a USD 600 million export credit agreement with the US Export-Import Bank as part of the “bilateral coordinated action” to counter Beijing’s economic influence.

Beijing’s conflict with Lithuania comes at a sensitive time when China’s lucrative ties with the EU are under stress over Brussel’s allegations of human rights violations by the communist giant in Xinjiang, Hong Kong and Tibet.

Earlier, the EU has backed off from approving the China-EU Comprehensive Agreement on Investments (CAI) as it supported US President Joe Biden’s call for joint opposition to Beijing’s policies on Xinjiang, Hong Kong and called for a probe into the origins of coronavirus, including its likely leak from a bio-lab in Wuhan.

Also, the 16-year long reign of German Chancellor Angela Merkel, regarded as a staunch supporter of the EU’s close trade ties with China, has come to an end as she is stepping down from the leadership of the ruling Christian Democratic Union (CDU).

US condemns attacks on Hindus in Pakistan, China’s ‘hostility’ to all faiths