While the exact number of boats and participants is still not clear, at least 2,500 people had earlier confirmed that they would be attending on a Facebook page created to promote the event. 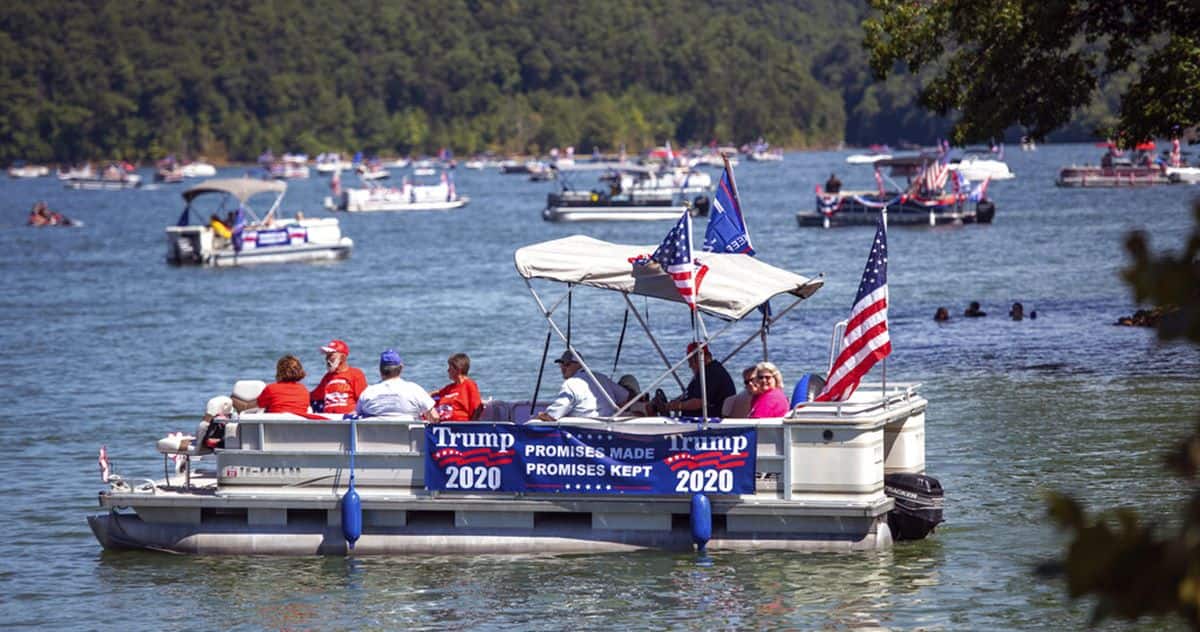 A boat rally in support of US President Donald Trump’s reelection campaign on Lake Travis in Texas ended in tragedy on Saturday after at least four boats sank, according to local authorities. While several participants were pulled out of the water and rescued, none of them were seriously injured, the New York Times reported.

The Travis County Sheriff’s Office received multiple calls from people at the rally, alerting them about the boats in distress. In a tweet shared after the incident, the office confirmed that “several boats did sink”. (Follow US Elections LIVE UPDATES here)

Kristen Dark, a spokesperson for the sheriff’s office, told Agence France-Presse that there was no evidence of foul play. Describing the dire situation at the lake on Saturday, she said, “Some (boats) were taking on water, some were stalled, some were capsizing, it was all types of different things.”

“There were an exceptional number of boats on the lake today,” Dark added. While the exact number of boats and participants is still not clear, at least 2,500 people had earlier confirmed that they would be attending on a Facebook page created to promote the event.

According to Dark, the water began to get choppy after all the boats started moving at once. “When they all started moving at the same time, it generated significant waves,” she explained to the New York Times.

Firefighters arrived at the scene and rescued “numerous” people as the boats began to sink, Braden Frame, President of the Lake Travis Fire Fighters Association told the New York Times. However, it was not clear how many people needed rescuing, he said.

“We train for water rescues regularly, but this is the first multi-vessel, multi-incident water rescue that we’ve responded to not precipitated by a collision,” he added.

One of the parade’s organisers, a 42-year-old man named Steve Salinas, said that there was no way that the incident could have been predicted. “You can have really great water one second, and it could get some pretty heavy swells in a matter of minutes. Once boats get on a lake, mother nature has its own plans,” he said.

According to the event’s Facebook page, the boats were set to travel around the lake at about 10 miles per hour. The boat owners were encouraged to decorate their vessels in patriotic colours and hoist as many Trump flags as they could.

Arjun Rampal returns to sets of NailPolish, says ‘Pray for our health’. See pics
We and our partners use cookies on this site to improve our service, perform analytics, personalize advertising, measure advertising performance, and remember website preferences.Ok