Some people who suppress the virus without drugs don’t have detectable antibodies or immune cells that rapidly respond to HIV. But their immune systems carry a potent memory of the virus, the team found. 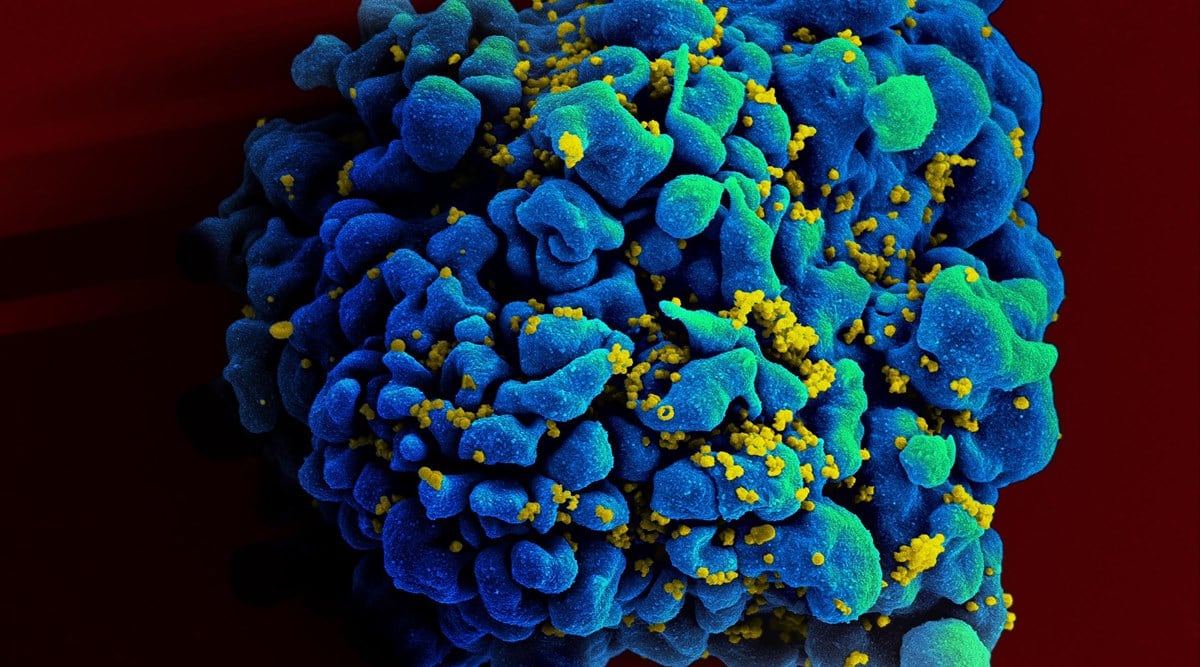 A woman who was infected with HIV in 1992 may be the first person cured of the virus without a risky bone marrow transplant or even medications, researchers reported Wednesday.

In an additional 63 people in their study who controlled the infection without drugs, HIV apparently was sequestered in the body in such a way that it could not reproduce, the scientists also reported. The finding suggested that these people may have achieved a “functional cure.”

The research, published in the journal Nature, outlines a new mechanism by which the body may suppress HIV, visible only now because of advances in genetics. The study also offers hope that some small number of infected people who have taken antiretroviral therapy for many years may similarly be able to suppress the virus and stop taking the drugs, which can exact a toll on the body.

“It does suggest that treatment itself can cure people, which goes against all the dogma,” said Dr. Steve Deeks, an AIDS expert at the University of California, San Francisco, and an author of the new study.

The woman is Loreen Willenberg, 66, of California, already famous among researchers because her body has suppressed the virus for decades after verified infection. Only two other people — Timothy Brown of Palm Springs, California, and Adam Castillejo of London — have been declared cured of HIV. Both men underwent grueling bone marrow transplants for cancer that left them with immune systems resistant to the virus.

Bone marrow transplants are too risky to be an option for most people infected with HIV, but the recoveries raised hopes that a cure was possible. In May, researchers in Brazil reported that a combination of HIV treatments may have led to another cure, but other experts said more tests were needed to confirm that finding.

“I think that is a novel, an important discovery,” Dr. Sharon Lewin, director of the Peter Doherty Institute for Infection and Immunity in Melbourne, Australia, said of the new study. “The real challenge, of course, is how you can intervene to make this relevant to the 37 million people living with HIV.”

Even among viruses, HIV is particularly wily and difficult to eradicate. It inserts itself into the human genome and tricks the cell’s machinery into making copies. HIV naturally prefers to lurk within genes, the most active targets of the cell’s copiers.

In some people, the immune system over time hunts down cells in which the virus has occupied the genome. But intensive scrutiny of the participants in this study showed that viral genes may be marooned in certain “blocked and locked” regions of the genome, where reproduction cannot occur, said Dr. Xu Yu, the study’s senior author and a researcher at the Ragon Institute in Boston.

The participants in the research were so-called elite controllers, the 1% of people with HIV who can keep the virus in check without antiretroviral drugs.

It is possible that some people who take antiretroviral therapy for years may also arrive at the same outcome, especially if given treatments that can boost the immune system, the researchers speculated.

“This unique group of individuals provided to me sort of a proof of concept that it is possible with the host immune response to achieve what is really, clinically, a cure,” Deeks said.

Elite controllers have been exhaustively studied for clues to how to control HIV. Willenberg has been enrolled in such studies for more than 15 years. With the exception of one test years ago that indicated a small amount of virus, researchers were never able to identify HIV in her tissues.

In the new study, Yu and her colleagues analyzed 1.5 billion blood cells from Willenberg and found no trace of the virus, even using sophisticated new techniques that can pinpoint the virus’s location within the genome.

Millions of cells from the gut, rectum and intestine also turned up no signs of the virus.

“She could be added to the list of what I think is a cure, through a very different path,” Lewin said.

Other researchers were more circumspect. “It’s certainly encouraging, but speculative,” said Dr. Una O’Doherty, a virologist at the University of Pennsylvania. “I need to see more before I would say, ‘Oh, she’s cured.’ ”

But O’Doherty, an expert in analyzing large volumes of cells, said she was impressed by the results overall.

Another 11 people in the study, whom the researchers referred to as exceptional controllers, have the virus only in a part of the genome so dense and remote that the cell’s machinery cannot replicate it.

Some people who suppress the virus without drugs don’t have detectable antibodies or immune cells that rapidly respond to HIV. But their immune systems carry a potent memory of the virus, the team found.

Powerful T-cells, a constituent of the immune system, eliminated cells in which the viral genes had lodged in more accessible parts of the genome. The infected cells that remained held the virus only in remote regions of the genome where it could not be copied.

“That’s really the only explanation for the findings we have,” said Dr. Bruce Walker, a researcher at the Ragon Institute who has studied elite controllers for 30 years.

About 10% of people who take antiretroviral treatments, especially those who start doing so soon after being infected, also successfully suppress the virus even after they stop taking the drugs. Perhaps something similar is at work in those people as well, experts suggested.

HIV cure studies have focused on rooting out all of the virus that’s hidden in the genome. The new study offers a more attainable solution: If the virus remains in only parts of the genome where it cannot be reproduced, the patient may still achieve a functional cure.

“The part that’s in the gene ‘deserts’ just doesn’t matter,” Walker said. “It suggests that as we’re doing these studies, we need to not just be looking at quantity of the reservoir, but we really need to look at quality.”

Since the researchers completed the study, they have analyzed samples from 40 elite controllers and have found a couple more that could qualify as cures, Yu said. “We believe there’s definitely many of them out there.”

With help from Deeks, they are contacting people with HIV who have taken antiretroviral drugs for 20 years or more and who may have managed to banish the virus to the deserts of their genomes.

Antiretroviral drugs can have harsh side effects, including heart disease and organ damage, especially when taken over many years. A functional cure, if it is borne out by further research, would transform patients’ lives, Yu said. “They can stop their treatment and can be just cured, to be healthy for the rest of their life.”