‘Nayanthara’s Koko is so different from Janhvi’s Jerry.
‘Janhvi is a newcomer, just four films old.’ For seven years, Director Siddharth Sen has been trying to make a film.

His dream was to debut with his own script; instead, his first film is a remake of Nayathara’s Tamil film, Kolamaavu Kokila.

“I did not want to direct a remake for two reasons: One, I had my own scripts. Two, a remake is a bigger responsibility,” he tells Patcy N/ Rediff.com.

Still, when the opportunity came his way, he took it up. And found that Good Luck Jerry challenged him in more ways than one. Especially since he had decided to step away from the original.

His first decision — and one that needed to work — was to sign on a young Janhvi Kapoor for a role that had been imprinted on by an experienced Nayanthara.

Then, there was the question of making the film his own; of Good Luck Jerry not being seen as just a remake of Koamaavu Kolika.

“We realised it would be an amazing challenge to turn it around in our own way and lend it our own voice.”

Why did you choose to make your directorial debut with the remake of the Tamil film, Kolamaavu Kokila?

I have been working in the industry for 15 years.

I have been trying to direct my first film since the last seven years.

After so many struggles, I met Aanand (L Rai) sir before the pandemic. I showed him a couple of scripts and he was very impressed.

He wanted to start at least one film and we planned it on a slightly bigger scale. But then, the pandemic hit. We thought it would go away but things started looking vague.

That’s when Aanand sir told me he had a film he would like me to see and remake.

I was sceptical and refused. I did not want to direct a remake for two reasons: One, I had my own script. Two, a remake is a bigger responsibility.

But my writer, Pankaj Matta, told me it was an opportunity we should consider, so we decided to watch the film.

When we saw Kolamaavu Kokila, we realised that it was very regional at its core; the humour, the characters, the setting, everything was nice but very Tamil. I knew the humour would fall flat for the Hindi audience.

It would be an amazing challenge to turn it around in our own way and lend it our own voice.

As a first-time filmmaker, what do you want?

You want people to know your voice and who you are as a director. This was an opportunity for us to do that so we said yes.

How did your first get to meet Aanand L Rai?

I have gone to everybody I could think of. All the producers I met loved me and my scripts but things did not progress beyond that.

I met Aanand sir because of Mahaveer Jain, whom I had worked in Dekh Indian Circus as an assistant director.

Mahaveer Jain is also the producer of this film. 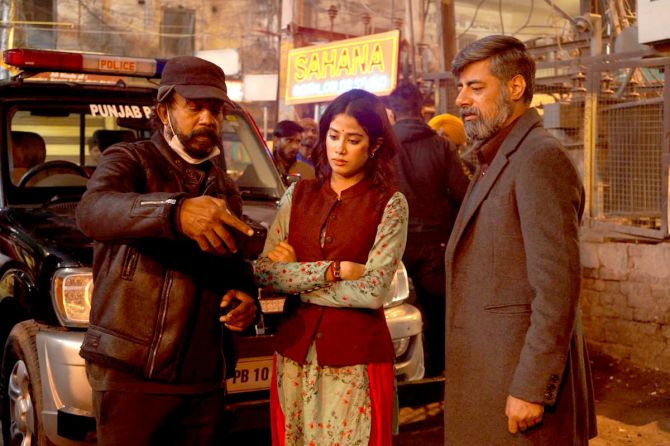 Did you always plan an OTT release? Are you happy with the response?

I am very happy because of the reactions I am getting.

I think, after a long time, a film is getting this kind of reception.

None of us thought the pandemic will last this long. Our plan was to release it the theatres but, as the pandemic stretched on, the cinema-going audience changed. The whole way of viewing movies changed. People choose now what they want to watch in theatres and what they will watch on OTT.

The good side is that more filmmakers have started making films for OTT.

We thought OTT is the best place for this film because the reach is huge. 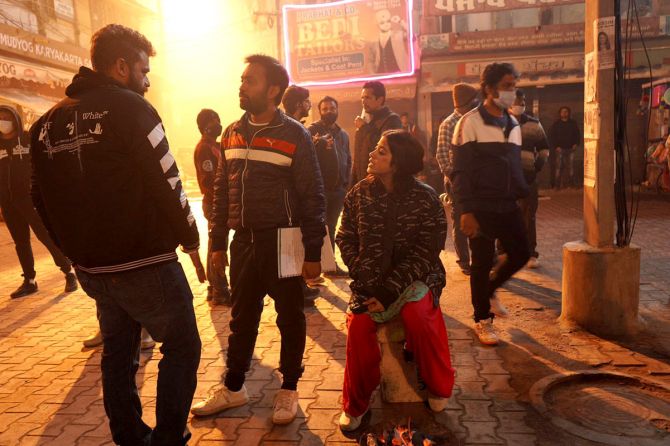 What different is your film from the original?

Pankaj went into full-fledged change mode; he kept the essence the same but turned the entire screenplay around.

The story was never about three women. There was a father in the original; he was knocked off.

We set the film in Punjab and made the three women characters Bihari.

I am born and brought up in Jharkhand, so we added those nuances.

Pankaj is born and brought up in Punjab and Haryana, so he got his best game into the script.

After a point, we forgot it was a remake.

What were the challenges of changing the setting from Tamil Nadu to Punjab?

The challenge was to unlearn and that was very difficult.

We had seen Kolamaavu Kolika but we wanted to forget it, so we took a two-month gap before we started writing the remake.

During the pandemic, Pankaj went into a shell. He wrote the full draft and sent it to me.

After that, I started making changes and giving ideas.

Once the screenplay was done, we were not sure where we would shoot. We just knew it would be in Punjab and the characters would be Bihari.

So Pankaj, my production team and I went on a road trip to Bhatinda, Jalandhar, Ludhiana, Chandigarh, Amritsar and other cities in Punjab and then decided where we wanted to base the script. The original had a seasoned actress like Nayanthara. What made you choose Janhvi Kapoor? Were you worried about comparisons?

You cannot compare Nayanthara with Janhvi.

If there was somebody as strong, mature and experienced as Nayanthara, there would have been comparisons.

But Nayanthara’s Koko is so different from Janhvi’s Jerry.

I wanted to go for a character who is younger because they are more innocent, more vulnerable.

Koko’s character is mysterious. You don’t know what she is thinking because Nayanthara played it with a straight face. If Janhvi had done the same thing, people would say she did not perform. That’s why we made her more expressive.

When Aanand sir told me about Janhvi, I was rooting for her. I wanted to use her vulnerability, which people have liked about her.

Part 2: How Janhvi became a Bihari in Good Luck Jerry 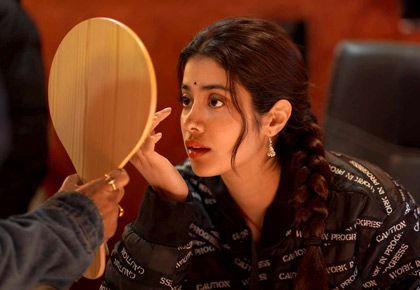 Pink Declares She’ll NEVER Get Plastic Surgery: ‘I Cannot Get Behind It’!