Over the last 25 years, writer, producer and director Sanjay Gupta has opened a window onto the heartless and remorseless world of crime through films like Aatish, Kaante, Musafir, Zinda, Kaabil, the Shootout series and more recently, Mumbai Saga.

His next production, Vsfot, is the official adaptation of the 2012 Oscar-nominated Venezulan film, Rock, Paper, Scissors.

Eleven years after the romcom Dulha Mil Gaya, it brings Fardeen Khan back in front of the camera to take on Riteish Deshmukh.

Meanwhile, Sanjay is getting ready to announce his next film this month.

He picks Tabbar as his favourite 2021 Web series, and tells Rediff.com Senior Contributor Roshmila Bhattacharya “It’s a pity that because there are no big names attached to it, SonyLiv did not go all out to promote this dark and gripping series the way they did with Scam 1992. They should have ensured it reached more people.”

The eight-episode compelling drama-thriller Tabbar traces the journey of a soft-spoken, law-abiding retired constable and all that he is forced to do to save his family — ‘tabbar‘ being the Punjabi word for family — following an unexpected catastrophe which puts them on the other side of the law.

I will start with the producer, Ajay Rai, who in the last decade has been associated with over 50 projects.

Ajay has also produced films like the National Award-winning Liar’s Dice and the critically acclaimed Mastram and Fire In the Mountains along with television series like Rangbaaz, The Final Call, Breathe: Into The Shadows, A Simple Murder and Kathmandu Connection.

Just the fact that he has managed to bring together such stupendous talent —Tabbar is Director Ajitpal Singh’s first show, the writing team is also relatively new and this is Arun Kumar Pande’s debut as a DoP — speaks a lot for Ajay.

On the write track A young kid from Amritsar, Harman Wadala, is the creator and writer of this SonyLiv show, working with Sandeep Jain. There’s another writer who simply calls himself Mr Roy.

Since I have an affinity for crime-based shows, I watch a lot of them from across the world, like Denmark, Italy, Germany and the UK.

I can say with authority that this writing is world class.

The almost Shakespearean family drama which touches on drugs and death, police and politics, scam and morals, keeps you glued to the screen every minute.

After every episode, you wonder what is going to happen next. This may be the first television series for Ajitpal Singh but he does a brilliant job of holding it all together, from the narrative and performances to the music and the framing of the shots. At the same time, he keeps it very real and believable.

My mom is from Punjab, so we would go there during the holidays.

And I have to say that this is the first time that we get to see the real Punjab portrayed on screen.

Usually, it’s just the cliched sarson ka khet and the hyper-energetic Balle Balle that we see.

But in Tabbar, you can smell Punjab in the canals and fields, see it in the homes and the small shops. It takes you right into that world. Among the actors, Pawan Malhotra stands tall as the patriarch Omkar Singh, who will go to any length to keep his wife and children alive and out of jail.

Supriya Pathak, as his wife Shagun Kaur, is brilliant too, particularly in the scenes when she unravels, leading to some Lady Macbeth-like moments.

Even the boys who play the couple’s sons, Gagan Arora as the IPS aspirant Happy, and Sahil Mehta as the wastrel Tegi, are excellent.

Tabbar, for me, is a fantastically well put together package.

It’s a pity that because there are no big names attached to it, SonyLiv did not go all out to promote this dark and gripping series the way they did with Scam 1992. They should have ensured it reached more people.

Beauty of the plot 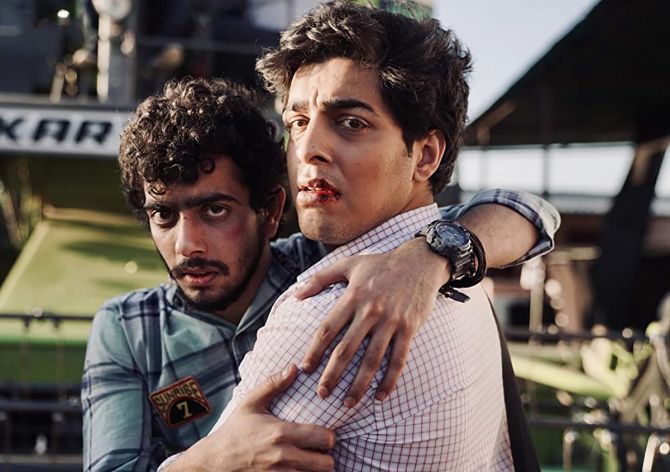 Do I see any parallels with my work? No. None of my films have dealt with the dynamics of the family, which is what this show is all about. What happens here could happen to anyone, and therein lies the beauty of the plot.

You start out with a normal family and then, like an onion, layer after layer is peeled off as they slide deeper and deeper into a murky world which once was outside of their own. Like quicksand it pulls them in, and you as a viewer too.

Season One wrapped up so neatly that I had imagined that this was the end of Tabbar. But I hear that they have started work on Season 2. That has me excited.

I know that they will come up with something brilliant and surprise me again. 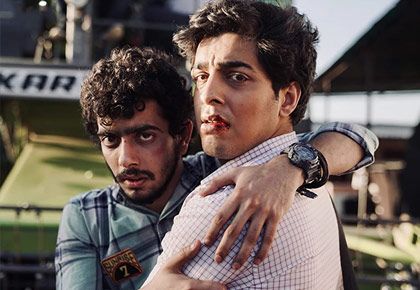 Megastar With Mahanati Director: Will It..Won’t It?

Trump ‘most likely’ be tested for coronavirus

Years after coming out, gay athletes upset by lack of change