With the new project, directors Abhishek Verma and Jayesh Pillai want to bring plight of the manual scavengers to the forefront and inspire solutions 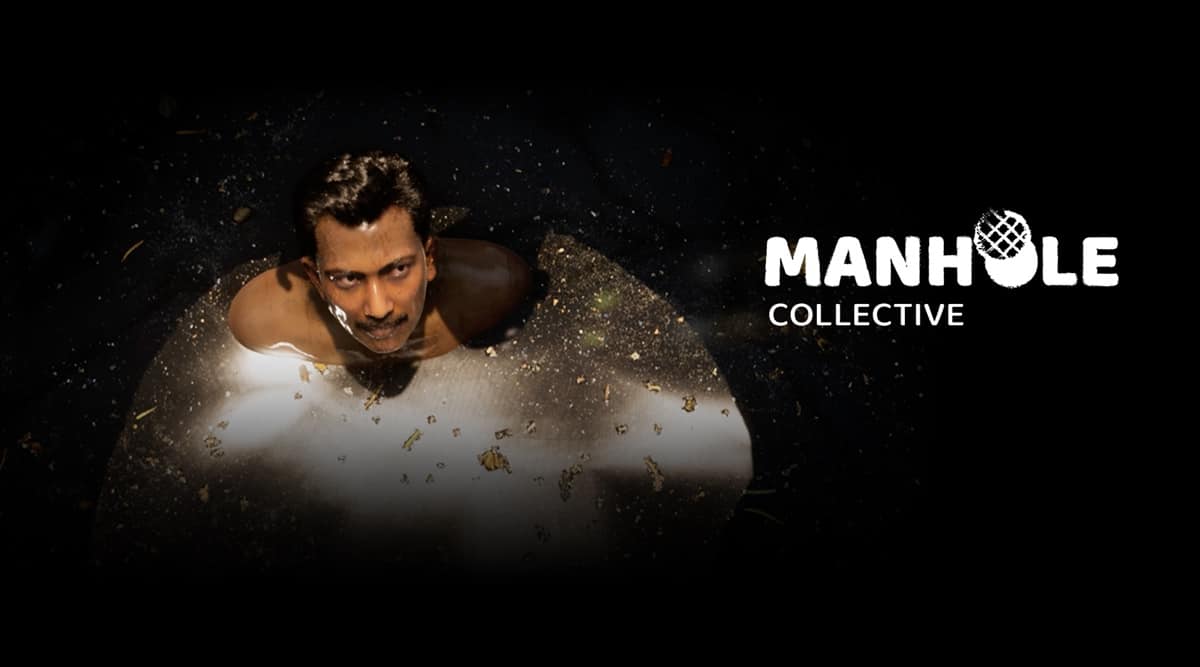 The rap plays in the background as the viewer is forced to lock eyes with Amitabh, a lawyer-turned-manual scavenger, who rises out of the filthy sewage water, gasping for breath inside a manhole. The 90-second teaser of Abhishek Verma’s upcoming animated short film, ‘Manhole’, immerses the viewer into a virtual world of manual scavenging.

The 6-minute cinematic film, set to release by the end of October, is one among the several projects undertaken by the Manhole Collective, a group of professionals coming together to make a 12-minute virtual reality (VR) film that offers a realistic view ‘down the drain.’

“The topic felt relevant to a VR experience because you otherwise would not face the environment inside a manhole. Through VR, we are able to put somebody in that position, while keeping them in a safe zone. It’s not like watching a film, where you are away from the screen. You’re actually inside the story,” says Jayesh Pillai, the VR director of the film and a professor at the IDC School of Design, IIT Bombay.

The film, therefore, doesn’t shy away from unsettling visuals of dead insects, filth-laden water, and litter on the streets.

Verma, a trained animator and a National Award winner for his 2017 animated short film Maacher Jhol, says it was during his Young India Fellowship at Delhi’s Ashoka University that he was inspired to make a film on manual scavenging. “In a university, you can talk about caste freely. You can discuss Ambedkar, discuss Gandhi,” he says.

“While we may say Ambedkar was the leader who fought for caste-abolition, the reality is that even today, it’s a horizontal system that doesn’t allow upward mobility,” Verma adds, pointing towards the cycle of caste-based discrimination and oppression that’s passed onto one generation from another. Verma, who hails from Jharkhand’s Hazaribagh, took up extensive research and interviews that culminated in the Manhole VR project. 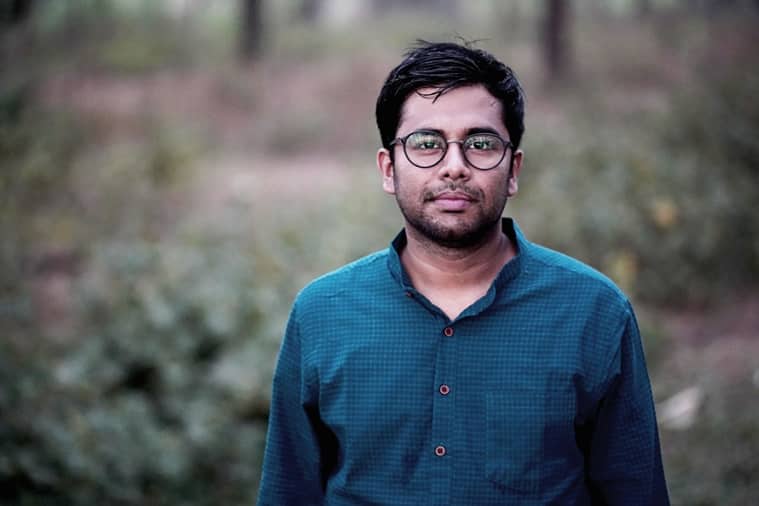 Yogini Oke, a lawyer who has worked on the subject of urban sanitation, helped the team understand the law of the country and the reality on the ground regarding manual scavenging. The Prohibition of Employment as Manual Scavengers and their Rehabilitation Act, 2013 prohibits the employment of any person for manual scavenging or hazardous cleaning of sewers and septic tanks. However, the act also defines that “a person engaged or employed to clean excreta with the help of such devices and using protective gears, as the Central government may notify in this behalf, shall not be deemed to be a manual scavenger.”

As The Indian Express had reported earlier, according to Bezwada Wilson, national convener of the Safai Karmachari Andolan, 472 manual scavenging deaths across India were recorded between 2016 and 2020, and 26 deaths till July 2021. The data is in sharp contrast to the Centre’s response in the Parliament this year: “No such deaths have been reported due to manual scavenging.”

Verma says that despite the law regarding safety gear in place, most manual scavengers are deprived of any hazmat suits, gloves, or boots. “One day, a contractor comes, hands out the same set of gloves and boots to different people, clicks photos to show that safety equipment was provided, and goes away,” Verma elaborates. “They are supposed to get the assistance of an engineer who would check how much gas is in the sewage tank, whether its poisonous or inflammable. But usually no one comes, so they rely on their methods. They take a few matchsticks and drop it inside. If flames come, it is a sign of a dangerous gas. However, there’s also been cases where a person dies because they remain unaware of the gas. Since there’s no light inside the manhole, they will light a fire while cleaning, and the whole manhole lights up due to the gas, resulting in fatalities.”

However, Verma insists that the deaths are not the sole reason behind the project.

“Empathy should not be built upon the fact that people are dying. That’s an extreme way to look at things. Log mar rahe hain isliye hum baat nahi kar rahe hain. (We’re not talking about this only because people are dying),” says Verma.

He aims to bring the plight of the manual scavengers to the forefront and inspire solutions. His research also looks at the sanitation practices across the world, where ‘poo divers’ are paid hefty sums for the job. In western countries, with different urban planning, the sewage tanks are often bigger and can accommodate more people, making it a safer environment as opposed to vertical manholes in India, which can only fit one or two people.

“Every profession is a profession. Somebody has to go. We should normalise it and make sure that those who need the job, have the necessary safety suits. It should not be a caste-based thing or determined by birth,” Verma says.

Pillai, who hails from Kerala and holds a doctorate in VR, states that in India, real-time VR films are “not explored enough”. While 360-degree films have picked up, ‘6 degrees-of-freedom’ (6-dof) movies are still rare.

“Unlike a traditional film, where you can only watch what’s inside the frame, in a 360-degree film, you can see everything around you. You can look around in any direction and you’d still be part of that world. In 6-dof films, you get the freedom to walk around in that space,” Jayesh explains.

The design professor adds that 6-dof films allow the viewer to “take a different perspective while the movie is going on. You have more freedom than a regular 360-degree film but you are also restricted to things that the story-teller is trying to tell you. For instance, if the film wants the character to move inside the manhole, you will have to move in too. But you can choose your perspective.”

The Manhole VR will permit the viewer to be an omnipresent observer during a real-time film. “The main characters, Amitabh and Bunty, will not know you’re there,” Jayesh says, adding that the idea is to allow the viewer to explore the space as they choose.

Jayesh further explains that the ‘space’ is being created using 3-D assets emulating a street – referenced on an old Delhi street – with an ATM, Sulabh Shauchalya and different shops. Deckor, a visualisation studio based out of New Delhi, has been helping the team build the assets. Amal Dev and Amarnath Murugan, research assistants at IIT Bombay, have been working as the art and technical directors, respectively, for the VR experience. 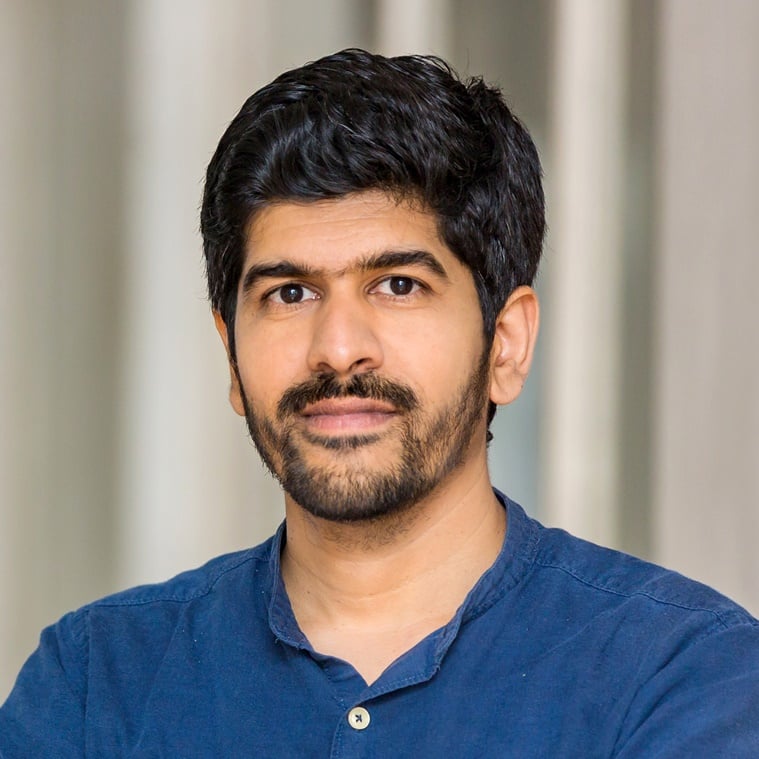 The main character of the film, Amitabh, is based on a real person that Verma encountered during his research. Burdened by a financial crisis and a lack of clients, a lawyer was forced to turn to manual scavenging, a job handed down by his father. Verma says he chose the name Amitabh because he wanted to make a “super-hero film.” “We couldn’t keep the name ‘sewerman’ like ‘Batman’ – that’s a western concept. Who’s a superhero in India? Amitabh Bachchan! So, why not Amitabh? In India, we keep our names depending on our background and financial status. We wanted to push the limit,” Verma adds.

Along with Amitabh’s friend, Bunty, the film will also feature Billu – a pet cockroach the size of a puppy. Verma explains that another method to check the safety of a manhole is to take a giant rod and create noise. If insects, cockroaches, and lizards come out, the manhole is habitable, hence, safe. As an ode to this activity, Amitabh keeps Billu around to check the safety of the manhole.

The Manhole Collective held a couple of in-person meetings, after which the process was shifted completely online due to the coronavirus pandemic. One of the biggest challenges they overcame was motion capturing. The process was undertaken by a studio in Bengaluru, while both the directors, seated in Mumbai, gave instructions to the actors through a zoom screen.

The collective will be releasing its work through different renditions. A six-minute animated short film will be released over video-sharing platforms in October. The VR film is expected to be completed by January 2022. Verma along with his co-writer Vikas Srivastava is also working on a detailed graphic novel exploring the genesis of Amitabh and other aspects of manual scavenging.

Verma and Pillai explain that the entire project has been self-funded and relies on voluntary work. Epic Games, creators of the Unreal Engine 3-D creation platform, has also lent support to the project. The collective hopes to earn more funds when the short film releases.

Know more about the Manhole VR at https://manholecollective.com/

'The Notebook' Is Finally Coming to Netflix

Richa Chadha on her 2018: The year has given me clarity and courage