Nobody else needs to boycott Bollywood, they are doing a pretty good job of digging up their own foundation, notes Deepa Gahlot.

If a moviegoer was not on Twitter, and was not watching the shrieking sensationalism of some television news channels, they would probably be surprised to learn that #BoycottBollywood was supposedly trending, and caused the crash of films like Laal Singh Chaddha, Raksha Bandhan and Liger.

It’s not as if any group was picketing the theatres and preventing people from watching these films if they wanted to.

What should be worrisome is that they did not want to, not even a film starring Aamir Khan, who is one of the current Hindi cinema icons. Not because some loony fringe was calling for a boycott but because the glimpses they saw and heard did not excite them.

But the troll calls for boycott did not stop audiences from watching Brahmastra.

It is amusing to see how a film’s collections seem to have become everybody’s business, as if they crowdfunded it. If the Hindi film industry is going through a crisis, it is not the first time — TV and video once gave the movie industry a scare — and the reasons are manifold and as complicated as audience tastes are unpredictable. As producers are fond of saying, if there were a winning formula, no film would flop.

The media now does not comprise just a bunch of legacy print publications and staid television channels; the Internet has made access to news — both true and fake — as well as the expression of opinion democratic.

So any tiny blip can be amplified into a tsunami if enough people shout together.

There is no censorship or editorial control, and many of the noisemakers are ignorant, lazy or both.

If someone comments that South Indian cinema or Hollywood is wiping out Bollywood, there will be multiple echoes of the same.

No star or production house can monitor so much random content or sue so many people to prevent them from spewing half-baked opinions or personal biases as fact.

Many of them have taken the path of least resistance and decided to flatter these social media ‘influencers’ with special previews and meetings with stars.

If social media is a powerful tool for sharing information, it is also equally vulnerable to the dissemination of misinformation; the ranting of a small group of people can become a trending hashtag, if shared widely enough.

About half a dozen Southern films have succeeded at the box office, but it’s not as if every Southern hit is being dubbed in Hindi and released all over the country. And it is not as if all of them have become huge money spinners.

There is an equal amount of competition, if not more, from the grand, splashy Hollywood superhero films that have acquired a fan following among young urban audiences, and also reached smaller centres by being dubbed into regional languages.

The current crisis could be partially attributed to the coronavirus pandemic and movie fans just losing the habit of going to the cinemas.

Also, there is now less disposable income for entertainment, unless the new release is really worth the trouble.

The ritual of a weekly trip to the movies had died out anyway, reducing the lifespan of even successful films to a week or two. Gen Z probably cannot even imagine a silver or golden jubilee!

The pandemic resulted in an OTT boom, and audiences got to watch superior quality Web series at home.

When even a Salman Khan (Radhe: The Most Wanted Bhai) or Akshay Kumar (Cuttputlli) film was released on OTT platforms, why would audiences spend money and time to go out to watch them?

Had these films been released in the cinemas, there is no guarantee that they would have worked commercially. The term ‘pan-Indian’ is being bandied about. Even in the past, very few films worked across the entire audience spectrum.

The ones that appealed to big city as well as small town viewers, sophisticated as well as unrefined tastes, became real blockbusters.

The most commercially successful among them were remade into other languages to expand the audience base. There has always been a flow of ideas from the five Southern states to the Hindi industry and vice versa.

A large section of the predominantly male audience in small north Indian towns related more to the rough and raunchy allure of Bhojpuri cinema, and those films had their day creating their own stars and popular music.

Punjabi, Marathi, Bengali and other language films made space for themselves by reaching their target audience.

But Hindi cinema and its commentators are enamoured of all that talk of massive budgets and counting crores in box office returns. So if a film is not the most expensive ever made and does not have a 100 crore opening weekend, does it not count?

While the boastful and show-offy projects get media attention, cinema is still being made and watched away from the glare of publicity and social media drum-beating.

There is no homogeneous, unidimensional, robotic audience that can be herded into the cinemas by the major studio movies.

The Hindi hits of the year so far — Bhool Bhulaiya 2, Gangubai Kathiawadi and The Kashmir Files — have nothing in common, and this is how it should be for a varied, creative film industry to thrive.

It has been said before and bears repeating, that when film-making went from the hands of creators to corporates, it lost a bit of its soul.

When there were many production houses, each with its own style and strengths, there was diversity in film-making.

Now the power and money is concentrated in the hands of a few. They have access to the major stars, directors and funding sources.

Even if their productions have different subjects, they have a uniformly glossy look, often shot on the same foreign locations, polished by the same post-production set ups, the stars, more often than not, outfitted by the same designers.

The stars grab a massive chunk of the budget, and make unreasonable demands, when it is obvious that more effort and expense should be spent on the script that is the foundation of every film.

It should also be clear by now, that social media exposure does not make stars.

People should want to see stars on the big screen, not be able to switch them on and off at will on their computers, phones and TVs.

Often, when a film is released after much fanfare (first look, teaser launch, trailer launch and so on), there is hardly any curiosity about it because so much information is out there already, and audiences have been able to make up their minds before they step into the theatre, that is if they do!

Fandom ought to be earned and cherished, it cannot be manipulated beyond a point.

At least in urban areas, multiplex chains have made their ticket prices and snacks rates unaffordable to the genuine cinema lover, and many old single screens are so uninviting.

Nobody else needs to boycott Bollywood, they are doing a pretty good job of digging up their own foundation.

Of course, an overhaul is required but big is not necessarily better.

And a shiny paint job won’t help much if the cracks in the edifice have weakened it beyond repair. 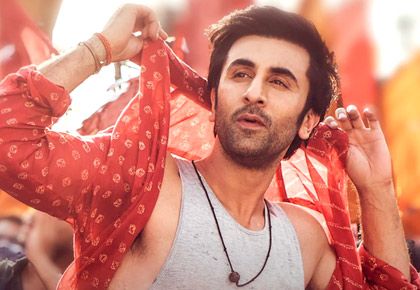 Coronavirus: A complete list of dedicated Covid-19 hospitals in Delhi

Varsity to join with ULCCSahead of NAAC evaluation