After being on our screens for more than a decade, Bigg Boss was supposed to have matured, made better by its experiences, learning from its mistakes. But as Bigg Boss 14 has proven, it is bang in the middle of its teenage and this is the year it has chosen to be sullen. 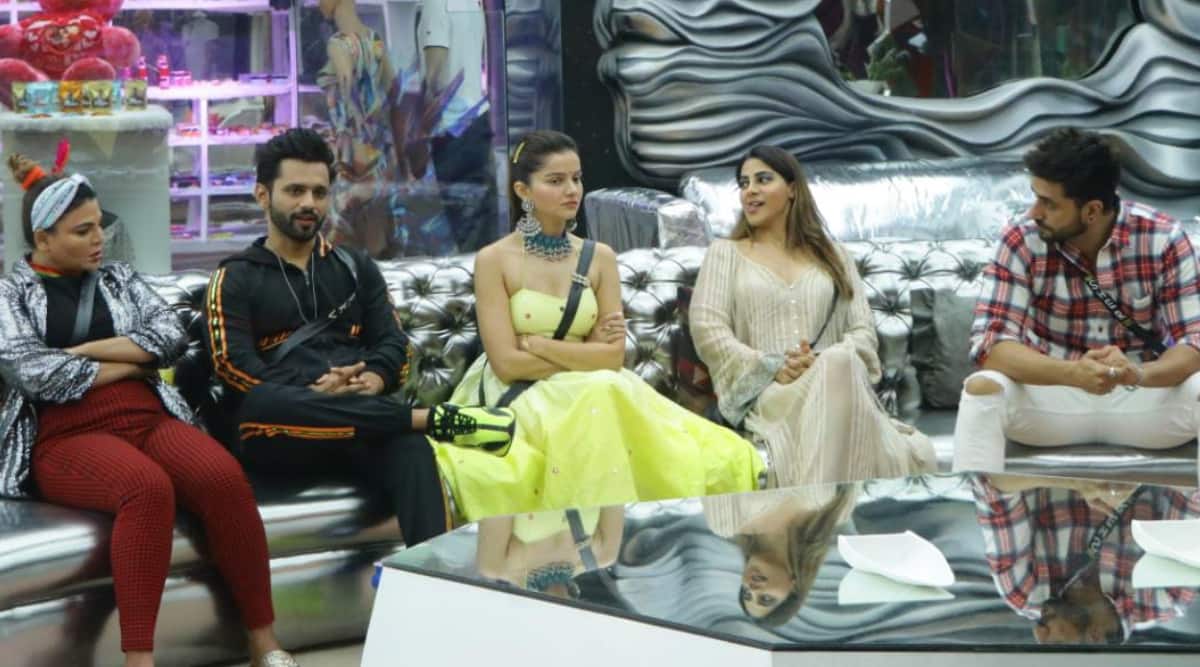 If eyeballs are all it took, Bigg Boss – or rather its all-seeing parent Big Brother – would be the world’s fastest growing religion. For three months, people give themselves over to the reality show’s all-seeing eye, treating the nightly shenanigans of its contestants as nothing short of their daily fix, all culminating in a 4-hour long finale where the next winner is anointed.

As of 2019, as Wikipedia would tell you, Big Brother has been shown in over 54 franchise countries, as disparate as Saudi Arabia and Canada, Angola and Norway. India alone has Bigg Boss running in seven different languages — Hindi, Marathi, Tamil, Bengali, Telugu, Kannada and Malayalam. That should have made this Sunday quite special – the finale of the premium Hindi edition of the show, presided over by the host and ‘Bhai’ of Bollywood, Salman Khan. Alas, we are heading towards the end of a season that came very close to sounding the death knell on the Hindi franchise. Where, despite contestants which were already popular when they entered the show, tasks that pushed the boundary and a snazzy set, shrill fights and cringe alone were served as entertainment.

The current season of Bigg Boss came during extraordinary circumstances. The coronavirus pandemic had cooped us inside our houses for most of 2020, putting a question mark over the format itself. Would the audience switch on a show where people live like inmates, their every movement captured by the cameras and served to us in a late-night slot.

They were expected to be our surrogates, allowing us to live our lives vicariously as we continued to stay inside our homes. The men and women chosen, however, were not up to the challenge. It was an ‘overperform or perish’ situation and perhaps too much for the people chosen to enter the house. The tasks were taken lightly, and none of them managed to become a highlight. Relationships stayed on the surface, and even fights appeared to be the half-hearted attempt of an overworked scriptwriter. Apart from their inability to create content and drama, the contestants failed to serve any big moments to the faithful. As a hell-raiser from an earlier season, Kashmera Shah put it, “The people in the Bigg Boss 14 house are only busy eating apples and peeling potatoes.”

Perhaps realising that they had set down novices to play the game of chess, the makers decided to call back the ‘tried and tested’. Whether it was the trio of Hina Khan, Sidharth Shukla and Gauahar Khan, dubbed ‘toofani seniors’, or a host of challengers who were supposed to dial up things inside the house – the makers had to look elsewhere to serve the Bigg Boss-style entertainment. But in the 14th season of the show, no tricks seem to be working as boredom was the ruling emotion.

Among the contestants, Rubina Dilaik was supposed to be a TRP puller, a TV bahu who would get an image makeover under the camera’s eye. It had been done before (Hina Khan) but Rubina lacked that sense of derring-do. Choosing to be the 12th man every time a task came up, she even refused to take the challenge even when given an option to save herself. Even the duties she did were performed as a favour, and the complaints of how the show was unfair to her were frequent.

The spoilt brat Nikki Tamboli managed to hog the limelight the moment she stepped into the show. When the housemates were given a chance to only get ‘seven essentials’ each week, the actor would fight to access all of it. A firebrand in the beginning, she soon lost her edge. Her tagline ‘tum dikhte nahi ho’ became her own truth, and she was soon evicted. When she made a comeback, viewers had their hopes high but Nikki 2.0 was a different person altogether.

One contestant who could have won Bigg Boss 14 solely on his personality is Aly Goni. However, his entire energy and focus was on Jasmin Bhasin. Having entered the show only to support his bestie, Aly soon won more hearts than Jasmin herself. When he opted to walk out in order to save his friend, he suddenly became a national hero. He was soon brought back and fans got to enjoy Aly-Jasmin’s chemistry as the two professed their love for each other. After Jasmin got evicted, Aly’s focus shifted to Rahul Vaidya, and how to make him shine. If one can sum up Aly Goni’s journey, it would be best to quote Saif Ali Khan’s Samar Pratap Singh from Tandav– “If you can’t be the king, be the kingmaker”.

That brings us to Rakhi Sawant, a favourite of the makers given her presence amped up the ratings of an otherwise dull season. The entertainment she served was, however, dubious at best. Her repetitive attempts to tease Abhinav Shukla, flirt with Bigg Boss or scare housemates as a spirit ‘Julie’ soon became tired. Viewers never related to her journey, and that is reason enough to drop her off the winner list.

After being on our screens for more than a decade, Bigg Boss was supposed to have matured, made better by its experiences, learning from its mistakes. But as Bigg Boss 14 has proven, it is bang in the middle of its teenage and this is the year it has chosen to be sullen. With a ‘not interested’ written in black and bold on its door, it wants you to keep out. The question is – will the loyal audience stand for its tantrums or move over to a better-adjusted rival? After all, there are 54 versions of it out there!

Thaman To Set Up A Studio In Vizag’s Bheemli Beach