Canadian star Tatiana Maslany has been signed to play superhero She-Hulk in Disney Plus' Marvel Cinematic Universe TV series. Here's everything to know about the actor. 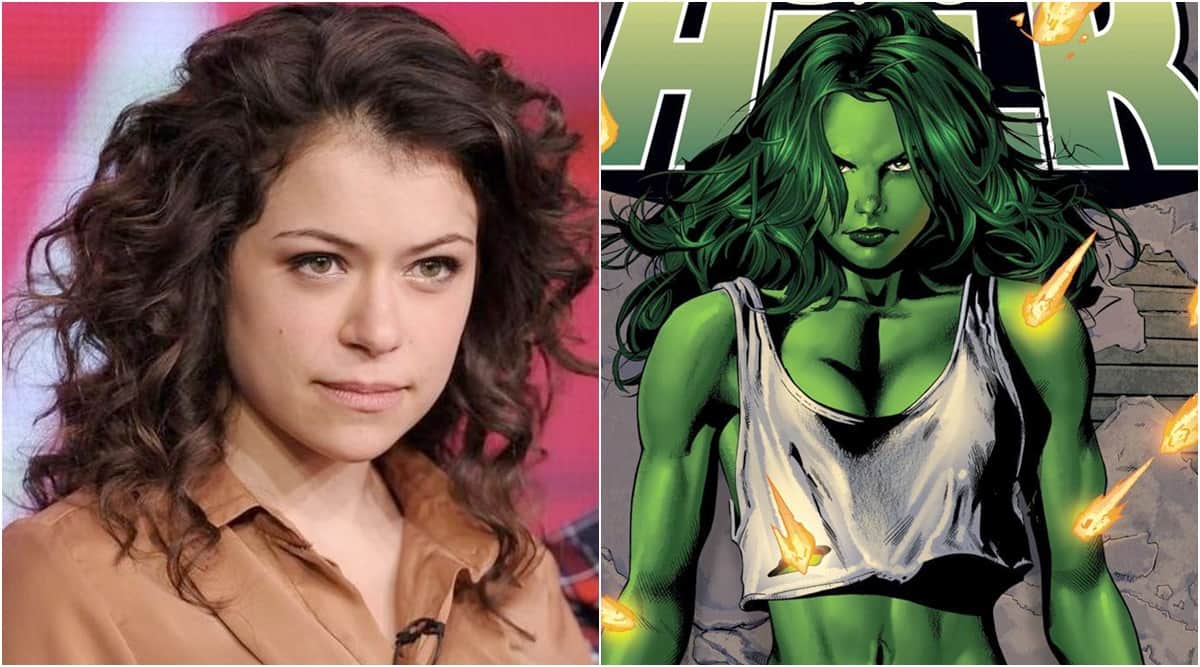 Actor Tatiana Maslany is all set to play She-Hulk in an upcoming series for Disney Plus. Mark Ruffalo, who plays the Hulk in Marvel Cinematic Universe, also welcomed Tatiana into the “family” via a tweet.

But who is Tatiana Maslany? Here’s everything to know about the She-Hulk actor.

Tatiana Maslany is a Canadian actor. Her brother Daniel Maslany is known for his performance in shows like Four in the Morning, Murdoch Mysteries and Impulse.

Tatiana started by playing various roles in Canadian TV series Incredible Story Studios, which ran between 1997 and 2002. Her first credited role was in 2030 CE. She also appeared in 2004 film Ginger Snaps 2: Unleashed.

In a career spanning more than two decades, she has done several films like The Messengers and Hardwired, apart from TV shows Heartland, Instant Star, An Old Fashioned Thanksgiving, Flashpoint, Being Erica, The Nativity, Parks and Recreation among others. Tatiana has been active in theatre, podcasts and other mediums too.

Tatiana played the lead role of Sarah Manning in the series Orphan Black, for which she won several honours. The BBC America and Space original aired from 2013 to 2017. Tatiana starred in crime thriller Destroyer (2018), alongside Nicole Kidman. She was also seen with Matthew Rhys in HBO miniseries Perry Mason this year.

Projects like Cas and Dylan, Grown Up Movie Star, Picture Day and Two Lovers and a Bear also got Tatiana several awards and nominations.

Deadline recently confirmed that Tatiana will play She-Hulk in a live-action Disney Plus series that will be set in the Marvel Cinematic Universe.

She Hulk, also known as Jennifer Walters, is Bruce Banner aka Hulk’s cousin in the Marvel comics. She inherits Hulk’s powers after receiving an emergency blood transfusion from Bruce Banner. Like Hulk, She-Hulk is also a green, large superhero but does not lose her temper and intelligence in her Hulk form. Since she is a lawyer by profession, she also assists other superheroes in legal matters.

Speaking on the new entrant into the MCU, Marvel Studios president Kevin Feige earlier said, “Bruce Banner is no longer the only Hulk in the MCU. Jennifer Walters is a Hulk, she’s a lawyer and she’s going to star in a show unlike anything we’ve done before.”

Paltan actor Monica Gill: When I got a call from JP Dutta’s office, I just couldn’t believe myself

Bradley Cooper Won't Perform as Jackson Maine at the Oscars 2019

Shehzad Deol says it is unfair to not allow an audience vote, Priyanka Chopra speaks on her memoir Unfinished
We and our partners use cookies on this site to improve our service, perform analytics, personalize advertising, measure advertising performance, and remember website preferences.Ok