Amitabh Bachchan, who is shooting for Project K with Prabhas and Deepika Padukone in Hyderabad, attended the inauguration of its Producer Vyjayanthi Movies’s new office in the city.

Vyjayanthi Movies recently completed 50 years in the business and the occasion called for a get-together of some of India’s biggest stars. 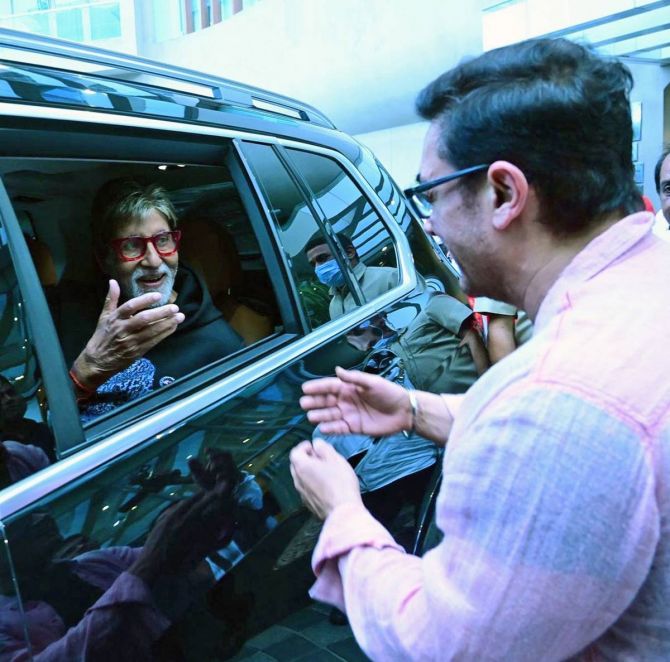 Right after he left, he bumped into his Thugs Of Hindostan co-star Aamir Khan.

‘And as I am about to leave .. a knock on my car window and it’s Aamir .. gosh ! So many legendary friends in one evening,” the Big B adds. Aamir, who is on a work assignment in Hyderabad, met up Ram Charan and his wife, Upasana Kamineni. Salman Khan was also there!

The actor is currently shooting his film Kabhi Eid Kabhi Diwali in Hyderabad and he attended a get-together hosted by Ram Charan and his wife, along with Pooja Hegde and Venkatesh Daggubati. The Bi Life: Meet the first ever batch of contestants for Courtney Act's new dating show

What Does the Night King Want with Bran?