‘Expectations do not intimidate me. In fact, they strengthen me.’

Although the long-awaited release of S S Rajamouli’s RRR had to be pushed ahead once again, the director is upbeat.

“It has taken us more than three years to make this film,” he tells Subhash K Jha.

“We’ve surfed two waves of the pandemic, we’ve tackled various problems and injuries and we’ve come out with a great film. I am eagerly waiting to see the reactions of audiences from all over the world. I’m confident that the result is going to be worth the battle.”

Overwhelming expectations do not daunt Rajamouli.

“Expectations do not intimidate me. In fact, they strengthen me. To all the audiences who are expecting an emotional experience as good as Baahubali, brace yourselves because we have made a stronger film,” he says. 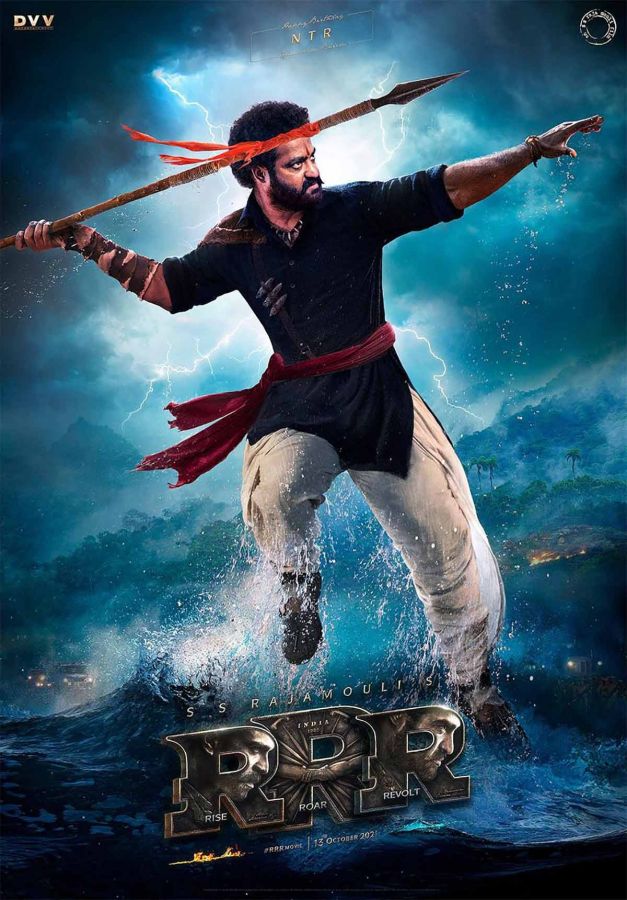 There is a lot of curiosity about Ajay Devgn and Alia Bhatt’s roles in RRR. How much of them would we get to see in the film. What made him even choose them?

“I have been a great admirer of theirs since a long time,” Rajamouli replies.

“I knew it in my gut that they would be perfect for their parts. They’ve done great justice to their characters. As to how much of them you will be seeing in the film, you just have to wait for some more time to get the answer. All I can say is that their characters will stay in your hearts for days after you have watched the film.”

While Baahubali was a costume fantasy, RRR is a historical, and the team did its research to get the facts right.

“Though RRR is a fictional film, we delved into painstaking details to get the right look and feel. We went through thousands of photographs and the little footage of 1920s Delhi that we could find to create an accurate world. Special mention to Sabu sir (Cyril, production designer) for bringing his immense knowledge to paint the world of RRR.” 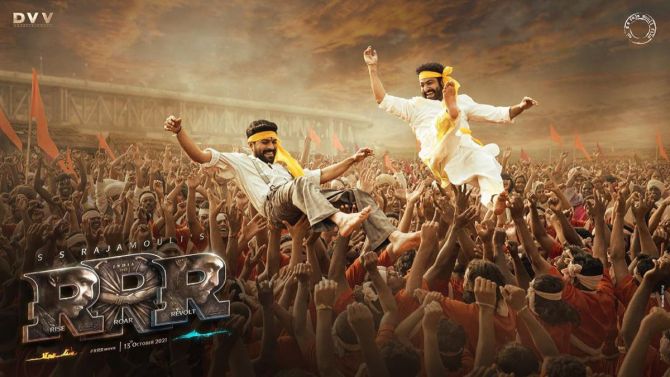 The film is releasing in five Indian languages, on almost 10,000 screens all over the world.

With the COVID crisis still unresolved, how large does Rajamouli think the viewership is going to be?

“With the right precautions in place, I think the film industry can be revived to its previous glory without compromising on public safety. Tens of thousands of people in our country are directly dependent on this industry, and it is important for all of us that people come back to the cinemas. It would obviously be a matter of pride if this change begins with RRR.”

Rajamouli’s cinema is all about size, grandeur and visual splendour. With the digital platform dominating the cinematic experience, is his creative vision impaired?

The director says he is not opposed to the digital avenue.

“OTTs have done many good things to visual storytelling,” he says. “Easier access has bridged the gap between original content and audiences. However, the theatrical experience is something else. There’s something magical about sharing a larger-than-life experience with 500 other people.”

“Digital platforms are here to stay, and I’m sure that we’re going to see more great content in the future. But the theatrical experience is so embedded in our country’s zeitgeist that it is a part of our culture now. It was threatened by television a few decades ago, but since then, theatres have only increased multifold,” he adds. Every major actor wants to work with S S Rajamouli. Which actor does he want to work with?

Rajamouli admits he admires many actors, but “it is the story which chooses its actors. I would ask any actor to play a character, however big or small, if the story needs them.”

What is RRR‘s biggest USP?

“I could say that RRR is the first true-blue Indian multi-starrer in a very long time. Or that we have shot some fantastic action sequences which will make for a thrilling experience. But underneath all the star power and visual extravaganza, there is an emotional story which will resonate with everyone. I would say the story is the biggest USP of RRR.” 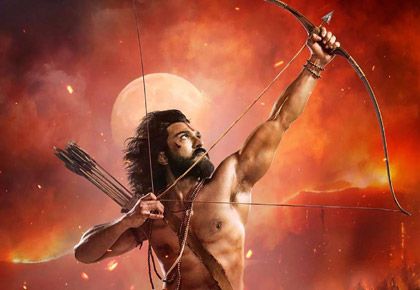 Rani Mukerji’s Mardaani is getting a sequel

CTET 2020 registration for July exam to begin today, here’s how to register

Apple to scan U.S. iPhones for images of child abuse