‘I was attracted to her both as a fine co-star and as a person who had some of the attributes I hoped to find in a woman at that age and time,’ confesses Dilip Kumar in his autobiography, Dilip Kumar: The Substance And The Shadow.

The gossip press, even in those years, was quick to smell any emotional involvement between actors and the leading ladies they worked with and splash exaggerated and imaginary news in the columns of their publications.

The spotlight then, as it is now, was always on the successful actors who had a following and whose private lives interested their readers. Initially, I was annoyed by this invasion, which was very unbecoming at times. I felt it was not fair to the ladies and it would cause them needless worry about their public image getting tarnished.

I spent time with some of the leading writers of gossip to impress upon them the role they should play as cinema journalists. I tried to explain to them that actors were like any other professionals who did a job from nine to five or two to ten or whatever the schedule was.

The only difference was that we entered an unreal world as unreal people every day when we got down to work, unlike other working men and women who remained themselves and expressed real emotions in their interactions with their colleagues.

In our world of mimic laughter and tears, as actors emoting intense feelings for each other in close physical proximity, we sometimes lost consciousness of the slender line separating the real and unreal.

Did it happen with me? Was I in love with Madhubala as the newspapers and magazines reported at that time?

As an answer to this oft-repeated question straight from the horse’s mouth, I must admit that I was attracted to her both as a fine co-star and as a person who had some of the attributes I hoped to find in a woman at that age and time.

We had viewers admiring our pairing in Tarana and our working relationship was warm and cordial. She was very sprightly and vivacious and, as such, she could draw me out of my shyness and reticence effortlessly.

She filled a void that was crying out to be filled — not by an intellectually sharp woman but a spirited woman whose liveliness and charm were the ideal panacea for the wound that was taking its own time to heal. 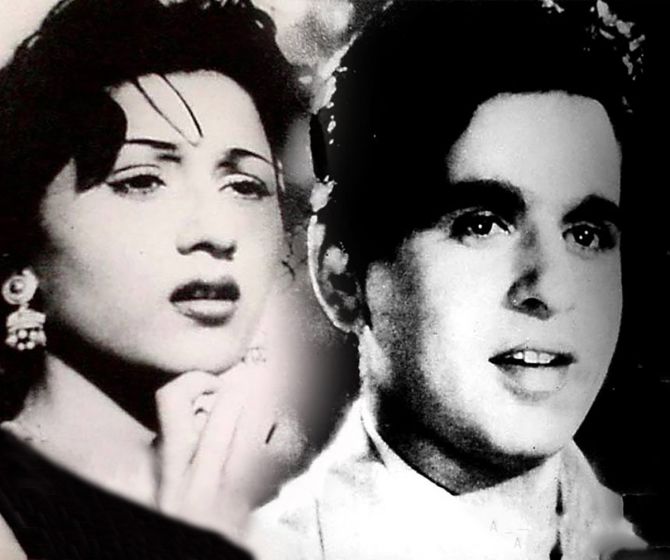 The announcement of our pairing in Mughal-e-Azam made sensational news in the early 1950s because of the rumours about our emotional involvement. In fact, K Asif (the film’s director) was ecstatic with the wide publicity and trade enquiries he got from the announcement.

It was not anticipated or planned that it would be in production for such a long period as it was and Asif was aware of Madhu’s feelings for me because she had confided in him during one of their intimate talks. And, he was equally aware of my nature as a man who made no haste in taking critical personal or professional decisions.

As was his wont, he took it upon himself to act as the catalyst and went to the extent of encouraging her in vain to pin me down somehow. He went on to advise her that the best way to draw a commitment from an honourable and principled Pathan, brought up on old-world values, was to draw him into physical intimacy.

In retrospect, I feel he did what any selfish director would have done for his own gain of creating riveting screen chemistry between actors who are known to be emotionally involved.

Also, I sensed Asif was seriously trying to mend the situation for her when matters began to sour between us, thanks to her father’s attempt to make the proposed marriage a business venture.

The outcome was that half way through the production of Mughal-e-Azam, we were not even talking to each other.

The classic scene with the feather coming between our lips, which set a million imaginations on fire, was shot when we had completely stopped even greeting each other. It should, in all fairness, go down in the annals of film history as a tribute to the artistry of two professionally committed actors who kept aside personal differences and fulfilled the director’s vision of a sensitive, arresting and sensuous screen moment to perfection. 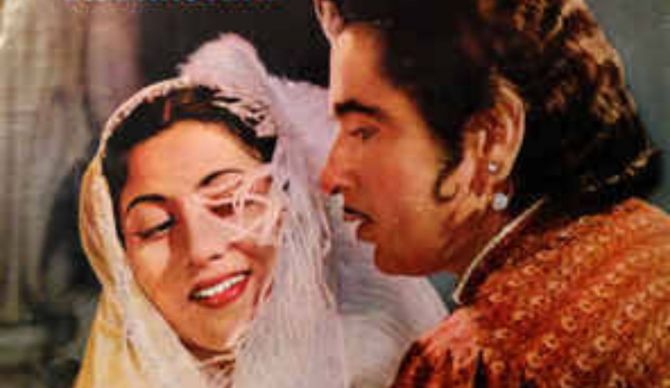 Madhubala was no doubt the right choice for the role of Anarkali. She grasped the essence of the character in no time with her agile intelligence.

Yes, there was talk of our marriage while the shooting of Mughal-e-Azam was in progress in the 1950s.

Contrary to popular notions, her father, Ataullah Khan, was not opposed to her marrying me. He had his own production company and he was only too glad to have two stars under the same roof.

Had I not seen the whole business from my own point of view, it would have been just what he wanted, that is, Dilip Kumar and Madhubala holding hands and singing duets in his productions till the end of our careers.

When I learned about his plans from Madhu, I explained to both of them that I had my own way of functioning and selecting projects and I would not show any laxity even if it were my own production house.

It must have tilted the apple cart for him and he successfully convinced Madhu that I was being rude and presumptuous.

I told her in all sincerity and honesty that I did not mean any offence and it was in her interest and mine as artistes to keep our professional options away from any personal considerations.

She was naturally inclined to agree with her father and she persisted in trying to convince me that it would all be sorted out once we married.

My instincts, however, predicted a situation in which I would be trapped and all the hard work and dedication I had invested in my career would be blown away by a hapless surrender to someone else’s dictates and strategies.

I had many upfront discussions with her father and she, not surprisingly, remained neutral and unmoved by my dilemma. The scenario was not very pleasant and it was heading inevitably to a dead end. 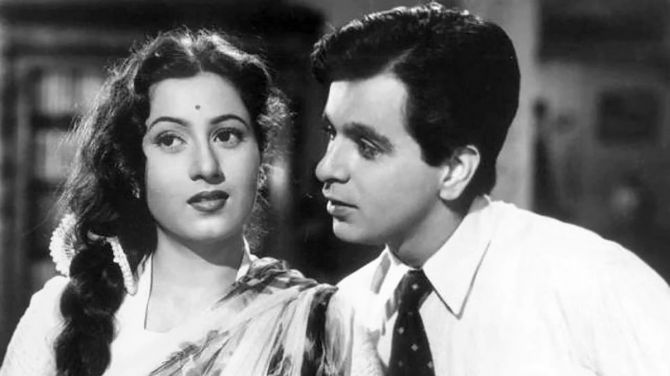 In the circumstances, therefore, it seemed best that we did not decide to marry or even give each other a chance to rethink because my resolve by then had become strongly against a union that would not be good for either of us.

I was truly relieved when we parted because I had also begun to get an inkling that it was all very well to be working together as artistes, but in marriage it is important for a woman to be ready to give more than receive.

I had grown up seeing Amma’s steadfast devotion to the family and her flawless character as a woman. I was now increasingly seized with the feeling that I was letting myself into a relationship more on the rebound than out of a genuine need for a permanent companion.

What’s more, I did not want to share a lifetime with someone whose priorities were different from mine.

Besides, she certainly would have been drawn to other colleagues in the profession, as I found out, and they to her but that wasn’t an issue because I was myself surfacing from an emotional upheaval at that point of time.

The parting of ways did not affect me as was concocted by writers in the media. Journalists were not as rash as they are now, but they were just as unmindful of factual accuracy when they wrote about actors.

Some of them wrote ‘authoritatively’ in their gossip magazines and attributed my choosing to remain a bachelor all my life to the assumed heartbreak of not marrying Madhubala.

The story had sentimental appeal for readers. Nobody bothered to check out the facts and, at that point of time, I was far too absorbed in my work and my family responsibilities to give clarifications.

Let me state categorically that I chose to remain a bachelor because I had young sisters to be married off and for me the taking care of, and ensuring the happiness of, my brothers and sisters were paramount. 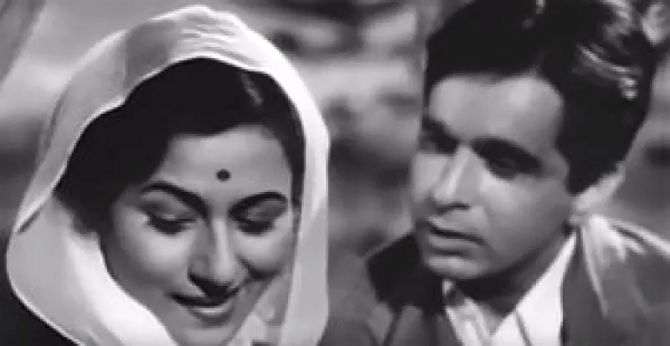 Let me get back to the main narrative.

Madhubala’s father, in a bid to show me his authority, got her entangled in a lawsuit with producer-director B R Chopra by suddenly making a fuss about the long outdoor work scheduled for Naya Daur (eventually released in 1957), giving her heart condition as a reason for her withdrawal from the film.

He came up with an excuse about his daughter’s inability to work at the outdoor locations in Bhopal and Poona for the film after some reels were canned.

Chopra Sahab was upset and very angry because it was made clear at the very outset, when the script narration was given to the artistes, that it was an outdoor film. 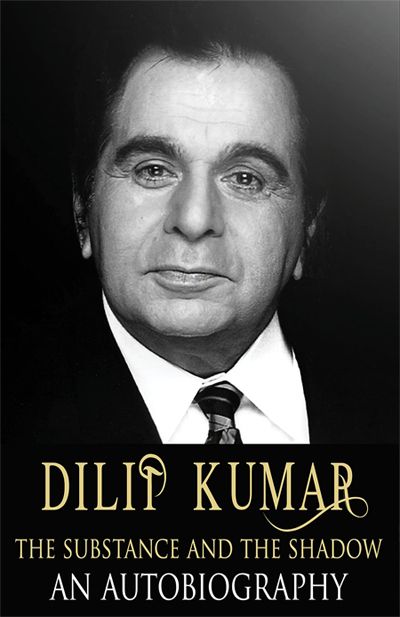 There were all sorts of conclusions drawn by people who did not know the sequence of events and the true background when Chopra Sahab, who held a bachelor’s degree in law before he took to journalism in Lahore in the pre-Independence period, took legal steps to challenge the whimsicality on Madhu’s part.

As a fellow artiste, I could do little but fall in line with the producer’s decision to replace Madhu with Vyjayantimala, when all sincere and genuine efforts on my part to negotiate an easy compromise without making the issue public became futile.

I did feel sorry for Madhu and wished she had the will to protect her interests at least on the professional front without thoughtlessly bowing to her father’s wishes all the time. Such submission had an adverse impact not only on her professional reputation but also on her health needlessly.

The announcement of the renewal of the project and the start of fresh shooting for Naya Daur created a stir in the media. Much of what appeared in the media was misreporting by gossip writers who twisted and twirled facts to make them palatable to readers.

Like Chopra Sahab, I took it all in my stride, though it caused anger and pain at times when I was made to appear as if I had got Madhu out of the film while the truth was that her father pulled her out of the project to demonstrate his authority.

This edited excerpt from Dilip Kumar: The Substance And The Shadow by Dilip Kumar has been used with the kind permission of the publishers, Hay House Publishers India. 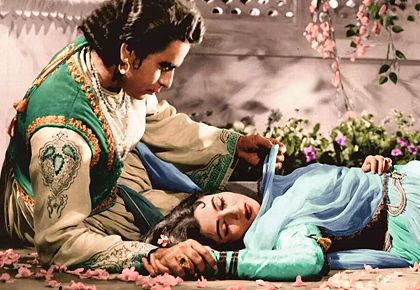 Who is Shriya Saran kissing?

Meet the BUSIEST Actresses down South