WandaVision episode 7 trailer comes with its share of surprises. As things come to a head, the last couple of episodes of the Marvel show promise even more earth-shattering reveals. Each episode of WandaVision corresponds to a distinctive era of comedy. But as the time goes on, Wanda (Elizabeth Olsen) seems to be unravelling and her control over Westview getting weaker. Thus, anachronistic stuff has crept in of late.

The last couple of episodes have been full of explosive revelations that could change not just Westview but the entire Marvel Cinematic Universe. This, of course, includes the unexpected arrival of Pietro Maximoff (X-Men’s Evan Peters and not Aaron Taylor Johnson as we and Wanda remember him from Age of Ultron), her long dead brother who has a different face now. She is fully aware of the nature of reality.

As things come to a head, the last couple of episodes promise even more earth-shattering reveals.

And yet, Wanda is not ready to give up yet, and she is still doing her best to maintain the faux sitcom illusion.

A teaser from the upcoming episode 7 shows Wanda breaking the fourth wall and speaking directly to the audience, similar to mockumentary shows like The Office and Modern Family. Is it 2000s or 2010s in Westview?

Wanda talks about how we have all been there, “intentionally expanding borders of the false world we created.” The twins arrive and tell her their problem — the controllers of their video-game keep changing to different objects. Wanda is in no mood to listen, however, and tells them she’s resting her eyes. Under the covers, she remembers that she is still clad in her Halloween costume.

There is no sign of Vision (Paul Bettany) yet, who almost died in the last episode while trying to escape Westview. It was to save him Wanda expanded the town’s borders.

The question is, is Wanda doing it all herself? Or is she somebody’s pawn? We think there is more to what meets the eye. She may be maintaining this reality, but perhaps she did not create it herself.

Diwali celebrates triumph of light over darkness: US Secretary of State Mike Pompeo

Kajal Aggarwal on Paris Paris: The courage of Rani to go alone on a honeymoon is inspiring – watch EXCLUSIVE video 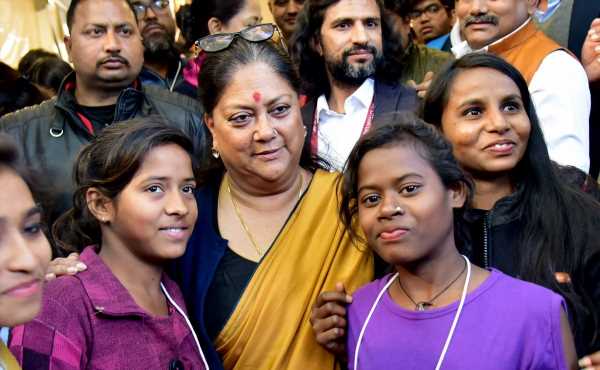