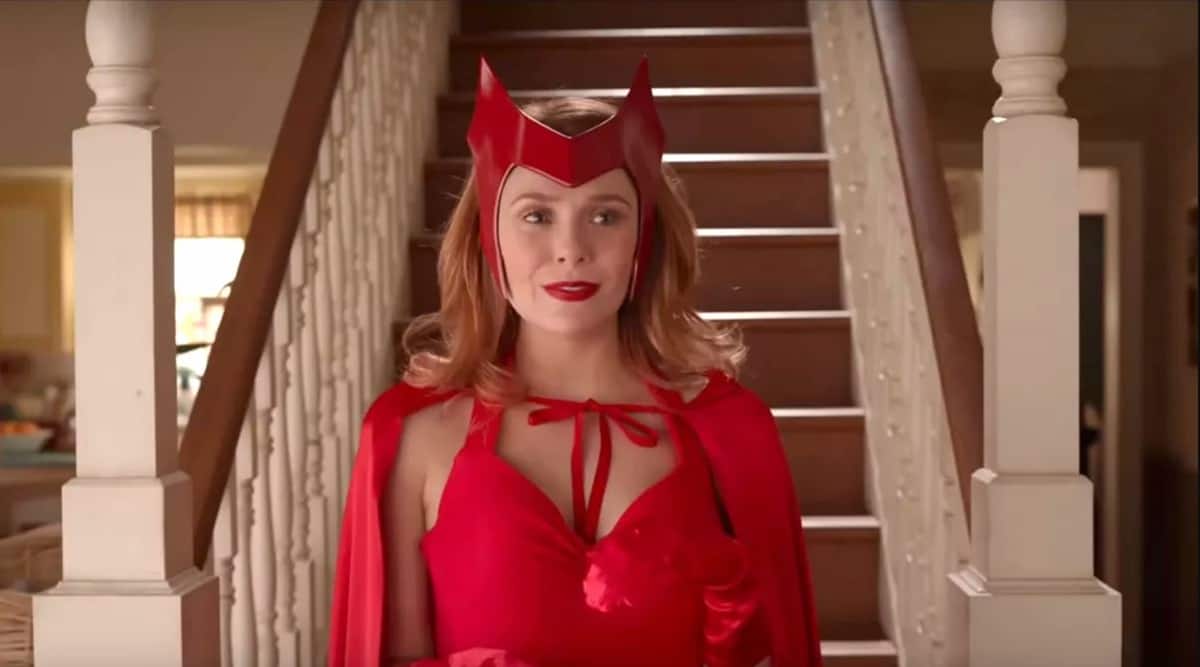 The sixth episode of WandaVision further demonstrates how different it is from anything else in the Marvel Cinematic Universe. So far, the show has been weird, funny, amazing and engaging. And it gets better with every episode.

This is a full recap of the latest episode. SPOILER ALERT!

Now that we know all is not well in Westview, Vision (Paul Bettany) too has existential doubts about himself and the town, and no longer trusts Wanda (Elizabeth Olsen). It’s Halloween, and the twins and Wanda’s brother Pietro, played by Evan Peters, are suitably dressed in gaudy outfits.

Interestingly, both Wanda and Vision are clad in the classic versions of their characters.

We get no explanation as to how Pietro has a different face. We do know he is aware what Wanda has done in Westview, and admires her for controlling the minds of thousands of people at once.

Vision says he has night duty and leaves. At S.W.O.R.D’s base, Tyler orders arrest of Monica Rambeau (Teyohan Parris), Darcy Lewis (Kat Dennings) and Jimmy Woo (Randall Park). The reason is Monica does not agree with Tyler’s ways.

The trio fights off their captors and again enter the facility to find out what Tyler is up to. Spoiler alert: no good. They discover he knows more than he is letting on.

Monica and Jimmy leave to find a way into Westview. Darcy decides to stay and is caught. Vision, meanwhile, walks to the edge of the town. Clearly, this simulation is buggy along the borders. Even Wanda’s powers have limits. The people at the border, even if dressed colourfully, just stay still like statues.

Vision finds Agnes driving a car and confronts her. He snaps her out of the mind control, and she reveals he is dead. Vision pays no heed. He then tries to escape the wall of Westview, only to begin disassembling. Turns out, he can stay alive only inside Westview.

One of the twins senses his father’s second demise, and Wanda chooses to go totally crazy and extend the limits of the town until… we don’t know. The episode ends on a cliffhanger.

With red carpets rolled up, the Oscar race goes virtual

Kriti Sanon ‘excited’ to play surrogate mother in Mimi: ‘It is very entertaining, a beautiful script’

For a greater good, Jaipuria Institute of Management moves ahead with innovativeness despite the Covid-19 crisis

Bigg Boss 13: In a shocking move, Rashami Desai and Asim Riaz to target each other in coming week | Bollywood Life