Vivek Oberoi on the creative liberties taken to make the biopic of Narendra Modi and the "emotional experience" in store for the viewers. 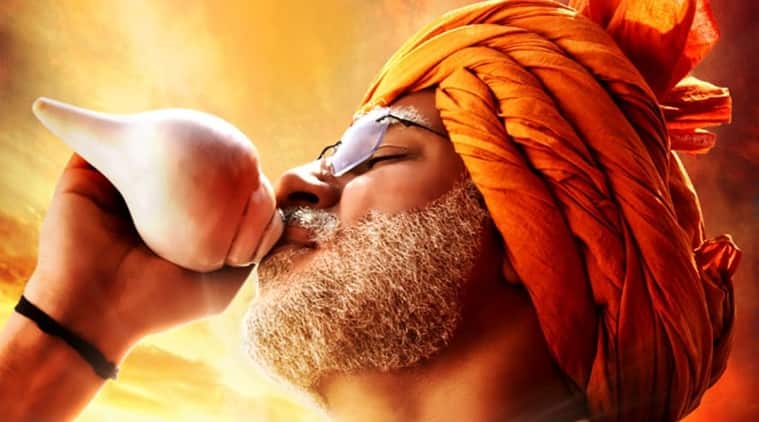 Candid yet diplomatic, Vivek Oberoi, in this interview with indianexpress.com, talks about his upcoming film PM Narendra Modi. He tells us about the creative liberties taken to make the biopic and the “emotional experience” in store for the viewers.

Q. How would you describe Prime Minister Narendra Modi’s biopic?

I think it is an incredible and truly inspirational story. From seeing his mother wash vessels in other people’s houses, selling tea as a kid and living in harsh conditions to becoming one of the most inspirational political leaders without any monetary backing, political surname or even caste politics. Today, whatever he is, it is purely based on his hard work and merit. To me, this story is like Slumdog Millionaire, but that was based on luck, and this is based on hard work.

Q. From Yuva to PM Narendra Modi, how has your political interest grown, and in which direction? You also announced that you would contest elections in 2024.

Let me clarify first. I don’t intend to contest elections from anywhere. This has come out of a conversation I had with some college students, and it has been taken out of context.

To be honest, I am a retired politician. Normally actors go from ‘abhineta’ (actor) to ‘neta’ (politician), but it has been the other way round for me. I was a student political leader and I was quite successful. Without having the backing of any major political party, I went on to become the General Secretary of Mumbai University. My name is still up there on the board. Later on, I decided that it was not my path.

I still do my social work, and I am very passionate about it. I do my movies, and I am happy doing this. So, no contesting elections for me. For many years, including 2019, I have been offered the MP (Member of Parliament) ticket five times by mainstream political parties, but every time I have humbly denied because I feel why be an MP when I can be a PM (chuckles).

Q) So then what is your take on other actors getting the MP ticket and contesting elections? Urmila Matondkar is doing it this year.

I think it is great. They are really popular and have a great following. People look up to them. They are idols for so many people. So, if they want to get involved in the political fray and make a difference to this great country of ours, then I think it is a great platform.

Q) How do you justify the kind of dramatisation that is shown in the biopic?

We are not justifying that. We aren’t justifying anything. It is a feature film. It is a creative perspective of the director. It is his right to go out there and express himself the way he wants to. A certain amount of dramatisation is used by directors and screenplay writers in feature films to create an emotional experience for the audience. If your film is a documentary or if you are working with a dry subject that you are looking at very objectively, that is different. But that’s not our film. Our film is not an objective take on PM Modi’s life. I am saying it clearly. We are not making a historical on him.

Q) Opposition parties had petitioned the Election Commission to delay the film’s release on the grounds that it was propaganda. What is your take on this?

It is a sad and unnecessary controversy. If it was a fundamental principle they were against, then they would have asked to shut down their ally’s Lalu Prasad Yadavji’s autobiography too. I don’t believe that anything should be shut down as we live in a free country and everybody has the constitutional right to make a film as they want to make it and release it. The viewers have the right to choose if they want to watch it or not watch it.

When Om Puri deserved an Oscar

12 spooky details you missed in The Haunting of Hill House