After the video of Vivek Oberoi's helmetless ride with wife Priyanka surfaced, an FIR was registered against him and Mumbai Police also issued an e-challan to him. 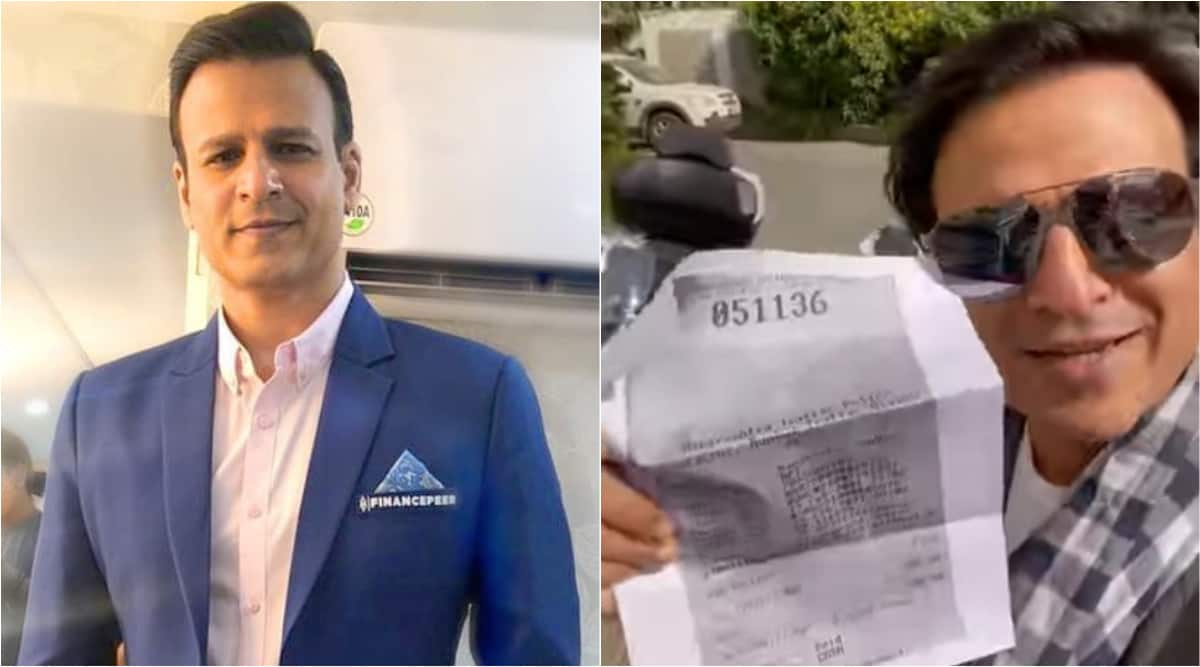 Laughter is said to be the quickest remedy to any worry, and seems like Vivek Oberoi truly believes this. The actor, who was recently issued a fine for riding a bike without helmet or mask, decided to face the law with a smile. Sharing the printout of his e-challan, the Saathiya actor gave his own twist to the popular ‘Pawri Ho Rahi Hai’ trend.

Taking cue from the now viral dialogue, Vivek Oberoi says in the video, “Yeh hum hai, yeh humari bikes hai aur yeh humari pawri kat gayi hai (This is me, these are my bikes, and I have been issued a challan).”

The actor also tagged Mumbai Police in the video. With the help of hashtags, he promoted safety first and asked fans to wear helmet and masks.

It was on Valentine’s Day that Vivek decided to take his wife Priyanka on a spin on his new bike. The actor himself uploaded the video, where he is seen riding his new Harley Davidson bike. Soon, the couple is seen riding off on the empty roads in the city. After the video was noticed by the Mumbai Police, an FIR was registered against him, and the actor was duly served an e-challan.

A police official from Juhu Police station earlier told indianexpress.com, “An FIR has been registered against actor Vivek Oberoi for flouting public health safety rules mandated by the government which makes it mandatory for all citizens to wear a face-mask as a precautionary measure to control the outbreak of COVID-19. Action will be taken against the actor in this matter.”

Vivek Oberoi later took to Twitter to thank Mumbai Police for making him “realise that safety is always most important.” He posted, “Pyaar humein kis mod pe le aaya! Nikle they nayi bike par hum aur hamari jaan, bina helmet ke kat gaya chalaan! Riding without a helmet? Mumbai police will do a checkmate!Thank u @mumbaipolice for making me realise that safety is always most important. Be safe,Wear a helmet & a mask.”

On the work front, Vivek was last seen in the Hindi film PM Narendra Modi and the Kanadda film Rustum in 2019.

Rishank Devadiga is UP Yoddha captain

Fai Abu Khadra: 5 Things About Younes Look-A-Like Who Kourtney Kardashian Was Spotted Out With

Bernice Burgos Joins The Kardashian-Jenners In Blonde Bob Club: Who Wore It Better?