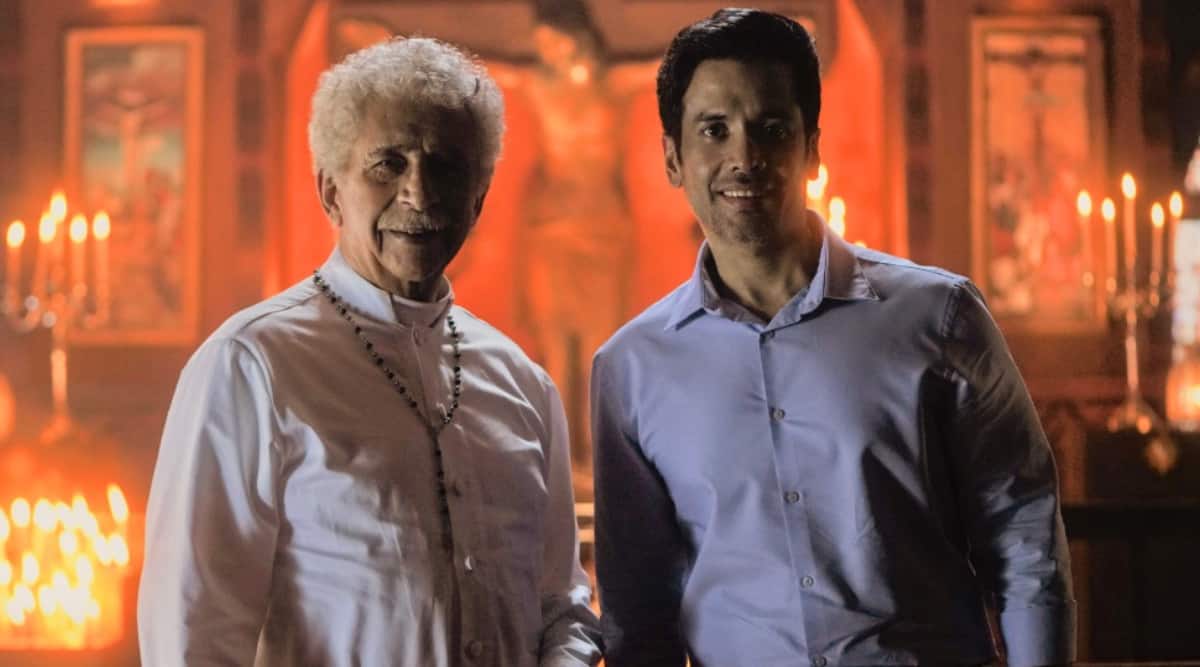 After bankrolling Laxmmi, Tusshar Kapoor is all set to produce his next film Maarrich. The mystery thriller will see Kapoor playing one of the central characters. Helmed by director Dhruv Lather, Maarrich will also star Naseeruddin Shah in a pivotal role.

In Maarrich, Tusshar Kapoor will be essaying the role of Rajiv, a sharp-witted police officer, who lands up with a complicated, double murder case. The upcoming film will also see him reunite with his former co-star Anita Hassanandani. This would also mark the Yeh Hai Mohabbatein actor’s foray back in cinema.

Talking about Maarrich, Tusshar Kapoor shared that he tries to choose scripts which are not only entertaining but also potentially clutter-breaking. He said in a statement, “Maarrich is an edgy and intriguing dark thriller with elements of mystery, suspense and unpredictability that set it apart. The more work experience you gain, the more confident you are about exploring different avenues, both, as an actor and otherwise, too. Therefore, I feel fortunate enough to have chanced upon Maarrich, which I consciously chose to act in and produce as well.”

Tusshar Kapoor shared a few stills from the Maarrich set on his Instagram page. While in one of the photos he is dressed as a policeman, the other one has him posing with Naseeruddin Shah, who seems to be playing a priest. He mentioned in the post that the film challenges him every day to evolve as an actor, given it’s a departure from his usual style.

“Almost 20 years down this wonderful journey of making stories come to life, beginning 2021 with #Maarrich…. a departure from my usual style, a film that challenges me everyday to evolve as an actor! Excited to share glimpses with you all, even more excited to share screen space with Naseer Sir after so long,” wrote the Golmaal actor.

Reposting her brother’s post, Ekta Kapoor also expressed her excitement and wrote that “This is Fantastic. Waiting for the film !”

Having kickstarted his acting stint with Mujhe Kucch Kehna Hai in 2001, Tusshar Kapoor has been part of films like Khakee, the Golmaal series, Shor in the City among others.

‘There was a time when I thought my career was over’: Akshay Kumar at HT GIFA launch

Rihanna Is a Stronger Advocate for Indian Farmers Than Bollywood Stars