Check out the top 10 TV shows and web series picked out from IMDb's Top 250 TV list generated by the website based on user ratings, which includes Breaking Bad, Scam 1992 and Chernobyl. As a large part of India continues to be under lockdown and reel under the stress of the pandemic, it is necessary that we take a short breather from time to time and what better way to relax than to watch a bunch of good TV shows.

We recently gathered the list of Top 10 Indian TV shows and web series as per IMDb, and now it is time to look at the best global shows. The top 10 shows listed here have been picked out from IMDb’s Top 250 TV list generated by the website, based on user ratings. The list focuses solely on fiction shows from all over the world. The shows from top to bottom appear on the website in the same order but have different global rankings that keep changing from time to time.

Here are the top 10 shows as per IMDb ranking: 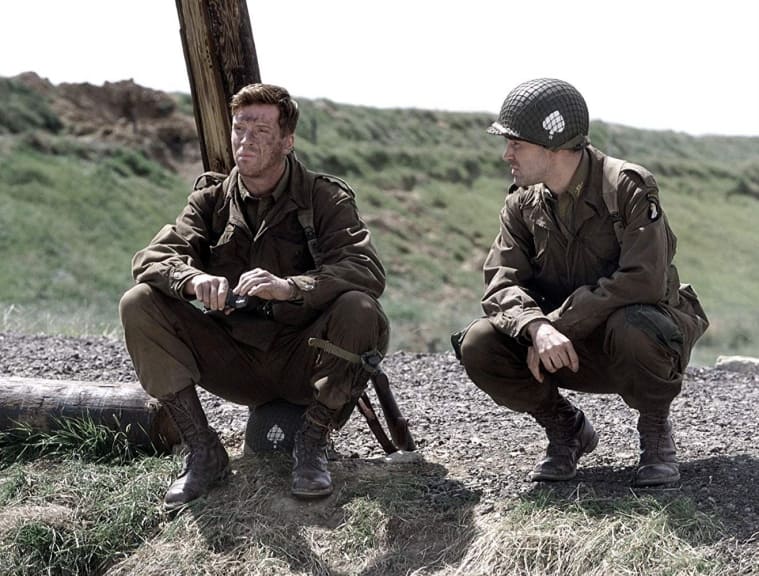 Created by Tom Hanks and Steven Spielberg, this miniseries had a short run of ten episodes in 2001 but is still held in high regard when it comes to ranking the best TV shows of all time. Set during World War II, the series follows a group of American soldiers during the war. While the show has a large ensemble cast, each episode follows the journey of a single soldier. The show starred actors like Damien Lewis and Ron Livingston, among others.

Starring Bryan Cranston and Aaron Paul, Breaking Bad had a successful run of six seasons and is often regarded as one of the most influential shows of its era. Created by Vince  Gilligan, Breaking Bad had an anti-hero at the centre who starts off as an underconfident school teacher but soon turns into meth-cooking megalomaniac. Breaking Bad had a spin-off, Better Call Saul, and the show also had a follow-up movie El Camino, which released in 2019.

This limited series on HBO recapped the events of the Chernobyl nuclear disaster of 1986 and how the USSR dealt with the crisis. Created by Craig Mazin, the five-episode series was praised for its research, although many USSR loyalists stated that the show was created while keeping the American propaganda in mind. Nevertheless, from a storytelling point of view, the show was quite gripping and retains one of the top spots on IMDb.

In 2021, The Wire is no less than a classic television show that has always stayed at the top of any ‘Best TV shows’ list. Premiering in 2002, the five seasons of The Wire are still seen as the pinnacle of crime drama television and have inspired dozens of shows that tried to ape what they aced. The five seasons of the show focus on five different sectors of crime in the city of Baltimore. The large cast of the show also includes names like Idris Elba, Dominic West, among others. Avatar: The Last Airbender is often regarded as one of the best animated series of all time. The show centers around the mythology that those who can manipulate all the four elements — water, earth, fire, air – can create harmony between the four nations of the world. Twelve-year-old Aang is the current Avatar and takes the journey to end the Fire Nation’s war with the other nations.

Game of Thrones might have ended on a sour note but the show has certainly made a place for itself in pop culture. Based on George RR Martin’s A Song of Ice and Fire, the show followed the books for the first few seasons but went off text in the later seasons. Created by David Benioff and DB Weiss, Game of Thrones is known for narrating a complicated story with numerous characters that slowly unravelled in the span of eight seasons.

Created by David Chase, The Sopranos, much like The Wire, is often seen as one of the best television shows ever. The six seasons of the show follow Tony Soprano, a mobster who is trying to strike the perfect balance between his work as the head of the Soprano family, and his family life. The story is narrated through his therapy sessions.

The animated series Rick and Morty started in 2013 and has since created a large loyal fanbase for itself. The show follows crazy scientist Rick whose shenanigans with grandson Morty often land them both in soup. The adventures of Rick and Morty take place in different dimensions as Rick plays with the laws of physics.

Scam 1992 is the only Indian series to claim one of the top spots on the list of best TV shows on IMDb. Created by Hansal Mehta, this Pratik Gandhi starrer Sony LIV series released in 2020 and set a new benchmark for web content in India. Based on the true story of Harshad Mehta, Scam 1992 is set in the stock market of the early 1990s that led to the biggest securities scam the country had seen up until then.

The Japanese anime series, Fullmetal Alchemist: Brotherhood, had a short run in the late noughties. Based on the Fullmetal Alchemist manga series by Hiromu Arakawa, the story follows two brothers who want to restore their bodies after their attempt of bringing their mother back to life fails miserably.

Arnold Schwarzenegger’s Love Child Joseph Baena, 21, Shows Off Muscles At The Gym — Just Like His Dad

Alumni chip in for hospital block