Tom Holland talked about the struggles he and Zendaya face keeping their life together private. He also spoke about the viral photos in which the two were seen kissing. 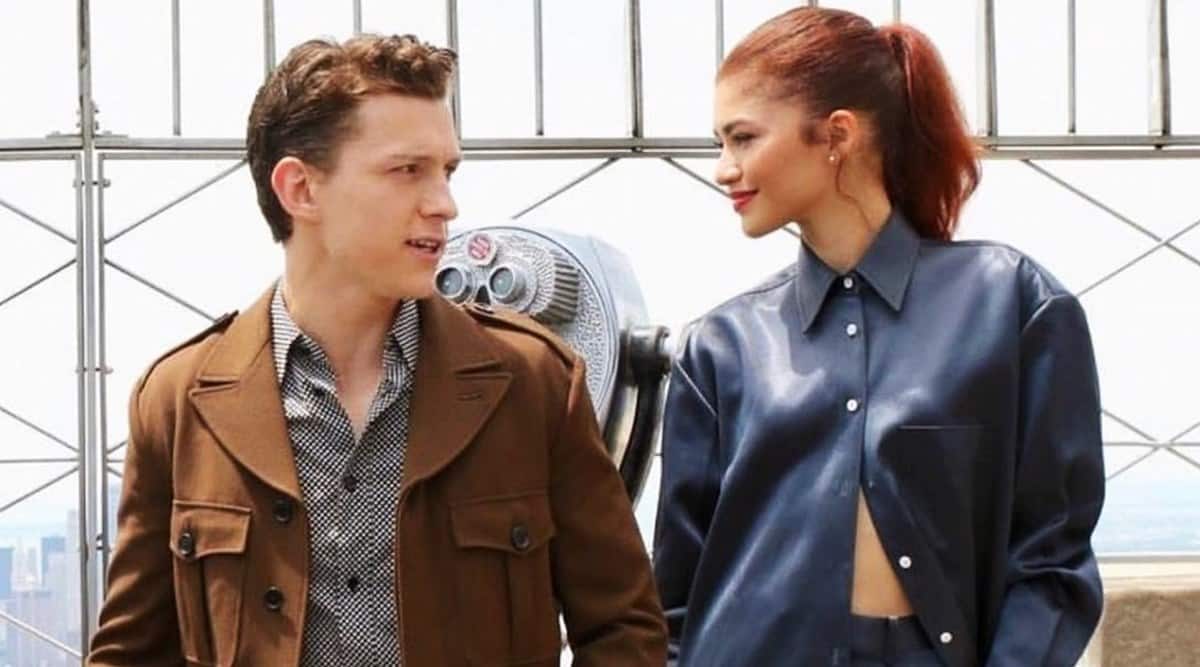 Tom Holland says the downside of being a popular actor is the lack of privacy he gets in the public as the British star opened up about his relationship with Spider-Man movies co-star Zendaya. In July, the two stars, who have for a long time denied dating each other, were photographed kissing in a car in the Silver Lake neighbourhood of Los Angeles. The photos spread like a wildfire on social media and news websites in the US, fuelling speculation about their relationship.

In a profile interview with GQ magazine, Holland broke his silence on the matter and talked about the struggles he and Zendaya face keeping that part of their life together private.

“One of the downsides of our fame is that privacy isn’t really in our control anymore, and a moment that you think is between two people that love each other very much is now a moment that is shared with the entire world,” Holland said.

The 25-year-old actor added that he remains adamant in keeping his personal life private. “I’ve always been really adamant to keep my private life private, because I share so much of my life with the world anyway. We sort of felt robbed of our privacy,” Holland said.

The actor said that the decision to speak about his relationship with Zendaya is not his alone. “I don’t think it’s about not being ready. It’s just that we didn’t want to. It’s not a conversation that I can have without her. You know, I respect her too much to say. This isn’t my story. It’s our story. And we’ll talk about what it is when we’re ready to talk about it together,” Holland added.

For the profile interview, Zendaya was also interviewed over a phone call and she said it was “quite strange and weird and confusing and invasive”.

“The equal sentiment (we both share) is just that when you really love and care about somebody, some moments or things, you wish were your own… I think loving someone is a sacred thing and a special thing and something that you want to deal with and go through and experience and enjoy amongst the two people that love each other,” the 25-year-old actor said.

Holland also talked about the impact Zendaya has had on his life over the years. “Having her in my life was so instrumental to my sanity. She is so good at being the role model for young guys and girls. When anyone comes up, like, ‘Can I have a picture?,’ it’s never a bad time. Whereas my initial reaction was: ‘Why are you talking to me? Leave me alone’,” he added.

Holland and Zendaya are currently gearing up for Spider-Man: No Way Home, their third film after 2017’s Spider-Man: Homecoming and Spider-Man: Far From Home, which released in 2019.

Holland, who also played Spider-Man in Captain America: Civil War, Avengers: Infinity War and Avengers: Endgame, said Spider-Man: No Way Home might be his last as the iconic web-slinger.

“Maybe it is time for me to move on. Maybe what’s best for Spider-Man is that they do a Miles Morales film. I have to take Peter Parker into account as well, because he is an important part of my life. If I’m playing Spider-Man after I’m 30, I’ve done something wrong,” the actor said.

Why Big Brother no longer airs on Saturday night

If you are secure, nothing can shake you: Anil Kapoor

History says the biggest events bring out the best in Sindhu