Ganapath reunites Tiger Shroff and Kriti Sanon seven years after Heropanti, which marked the Bollywood debut of both the actors. 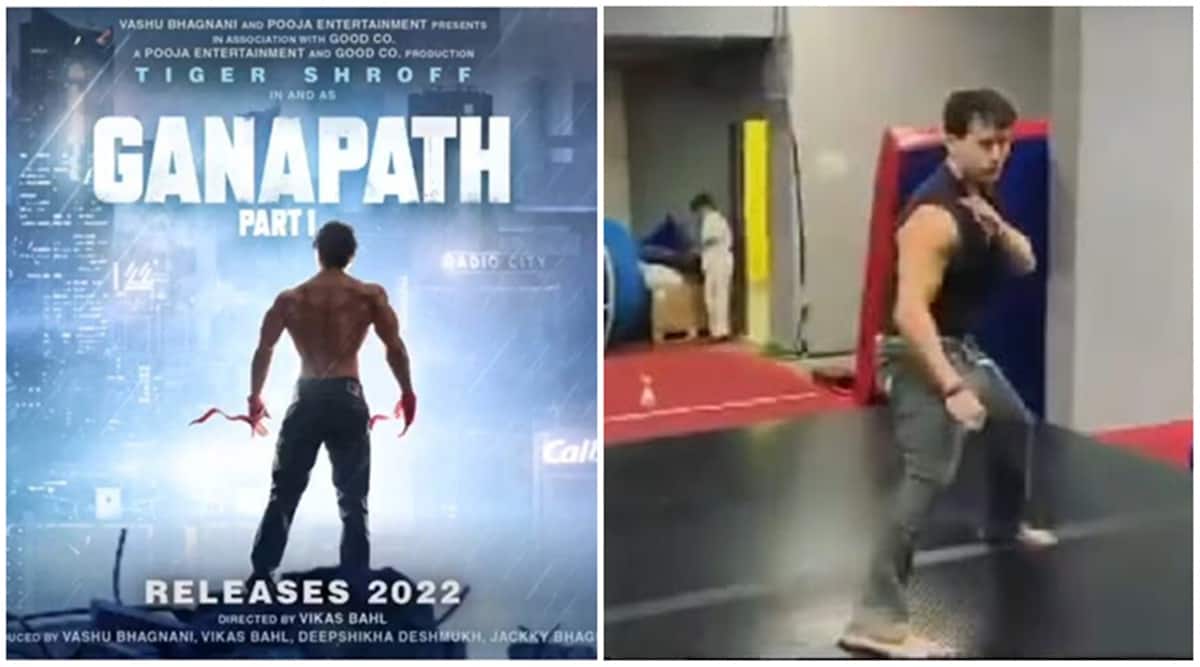 Actor Tiger Shroff on Monday shared a glimpse into his ongoing preparation for intense action sequences in upcoming film Ganapath, co-starring Kriti Sanon. The actor posted a video on Instagram where he is seen training with fight choreographer Tim Man. Alongside the video, Tiger, known for starring in action films, wrote that Tim has pushed him “beyond his limits”.

“Heres a small sneak peak into our #ganpath action rehearsals with the amazing @timman79 this is just the beginning guys he’s pushed me beyond my limits…some amazing stuff coming soon. Stay tuned,” read Tiger’s caption. Under his post, rumoured girlfriend Disha Patani dropped a few applause and fire emojis, denoting her excitement for the prep.

Ganapath, an action-thriller franchise, will be directed by Vikas Bahl and produced by Jackky Bhagnani under the banner Pooja Entertainment. Tiger will don a unique avatar in the film, which is set in a post-pandemic, dystopian world. Ganapath reunites Tiger Shroff and Kriti Sanon seven years after their debut film, Heropanti. The film’s motion poster was  unveiled last year.

At the time, Tiger Shroff had said in a statement, “This film is different for me from the rest of the films I’ve done till date because of the character I play. After multiple conversations with Vikas and Jackky, the script and scale look promising. I am really looking forward to this one. This will be my first time working with Jackky and Vikas, and it will be hugely exciting to collaborate with them.”

Ganapath is set to go on floors later this year and release in 2022.

8 titles that are our top picks this weekend

‘I am an India lover’