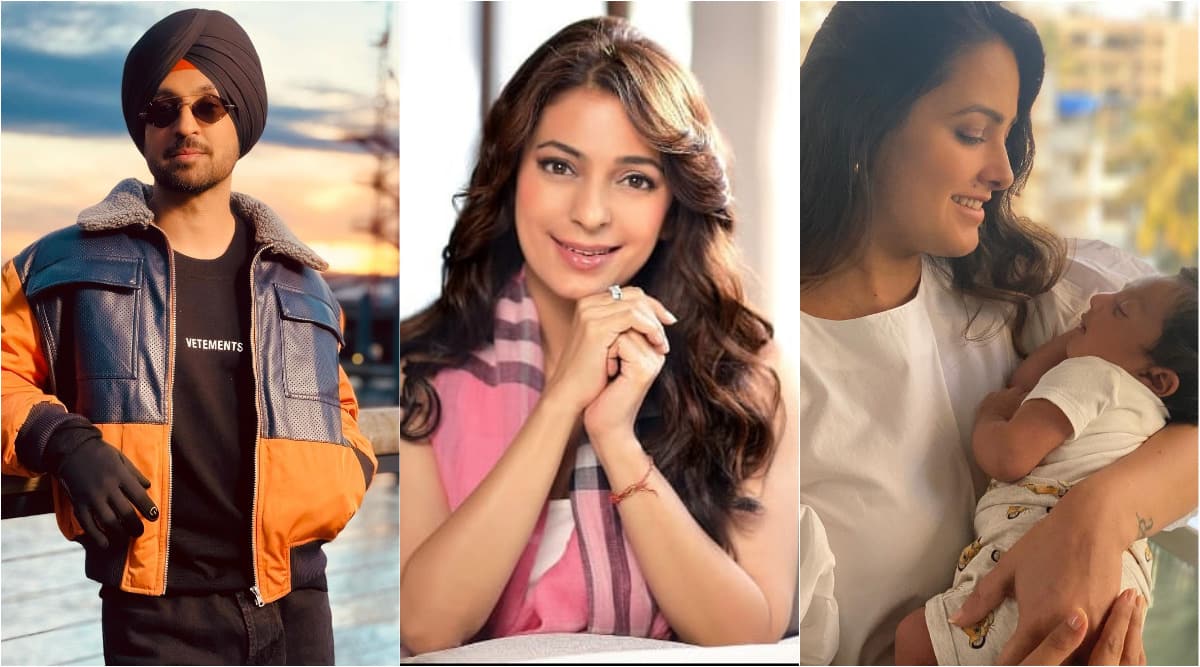 The ‘Pawri Ho Rahi Hai’ trend is still buzzing in tinsel town as celebs are recreating their own version to the now viral meme. The latest ones to join the bandwagon are Diljit Dosanjh, Juhi Chawla and Anita Hassanandani.

Diljit Dosanjh is shooting for his next biggie Honsla Rakh in Canada along with Sonam Bajwa and Shehnaaz Gill. On Tuesday, the Punjabi superstar shared a recreated video from the set. While shooting on the roads, the singer-actor panned the camera to introduce his team, who’re diligently making bubbles around him. He is heard saying, “Yeh hum hain, yeh humare director hain aur yahan shooting ho rahi hai (This is us, this our director and we are shooting here).”

As Diljit and the crew break into laughter, he went on to introduce his co-star Sonam, who seemed to be ready for her shot. As she is dressed in a crop top and shorts, the actor pulled her legs to say, “Yeh Sonam hai, aur yeh uski costume hai. Usko thandi lag rahi hai (This is Sonam, and this is her costume. She is freezing).” Joining the fun, Bajwa added, “Aur mein thand mein mar rahi hun (And I am freezing to death in the cold).”

While Bollywood star Juhi Chawla may not have jumped on the trend, her fans did not want her to miss on the fun. One of her fanclubs posted a video editing the footage from Mr and Mrs Khiladi to the viral song. Impressed by their efforts, the actor reposted the video on her Instagram and tagged co-star Akshay Kumar in the same. Last seen in Ek Ladki Ko Dekha Toh Aisa Laga, Juhi Chawla recently announced her digital debut project — Hush Hush, that will stream on Amazon Prime Video.

And finally, Anita Hassanandani and Rohit Reddy’s son Aaravv became the youngest contributor to the meme trend. The little one completed a month yesterday, and the happy parents threw him his own special party. The Yeh Hai Mohabbatein actor shared photos and videos from the small celebration at home, where they decorated the room with balloons and confetti. In the video, Aaravv is seen chilling on his bed while Anita captures the celebratory surrounding, with the ‘Pawri’ song playing in the background.

Pakistani influencer and content creator Dananeer is to be credited for this popular trend.

Now, a viral sensation himself, Yashraj Mukhate recreated her video, adding his dash of creativity and some peppy tunes to her ‘Pawri’ comment. It soon led to everyone latching onto the trend — from Indian brands, government agencies to celebrities, all seem to be hooked to this trend.

Motor Vehicles Bill to be re-introduced without major changes

Did not stop MPs, MLAs from attending govt. events: CM