On Saturday's episode of The Kapil Sharma Show, Ajay Devgn and Kajol will be seen promoting Tanhaji: The Unsung Warrior. The film will release on January 10. 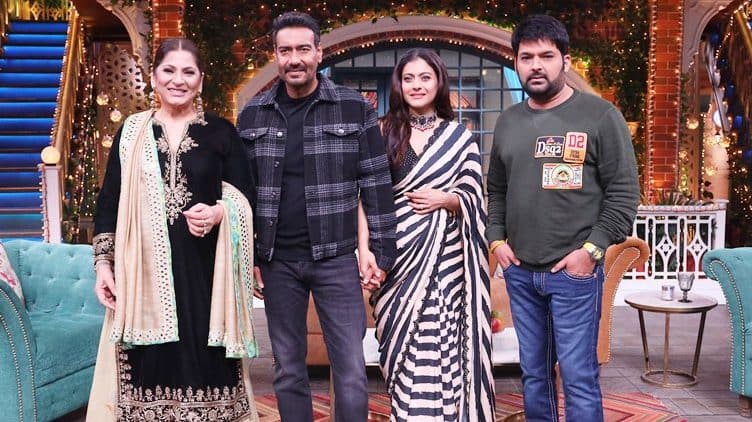 On Saturday, The Kapil Sharma Show will host Tanhaji: The Unsung Warrior actors Ajay Devgn and Kajol. The episode will be filled with romance and laughter, as the Bollywood jodi will share stories from their personal and professional lives.

Ajay-Kajol on working together in Tanhaji

Kajol will share that since she and Ajay Devgn are busy in their lives, it was great to spend time together on the sets of Tanhaji. When Kapil Sharma asks if they knew that they would share screen space, Kajol will laugh to share that she is a wife and knows everything. While she was aware that they would be doing Tanhaji together, it came as a surprise to Ajay.

While pulling each other’s legs, Ajay will share that Kajol loves shopping and especially bargaining. But since she doesn’t get the opportunity, she is mostly hooked to online shopping now. Kajol will then reveal that Ajay is very particular about his food and would rather stay hungry for hours than eat something he doesn’t like. Ajay will then stump Kajol by saying that he is usually quiet as his wife talks a lot. 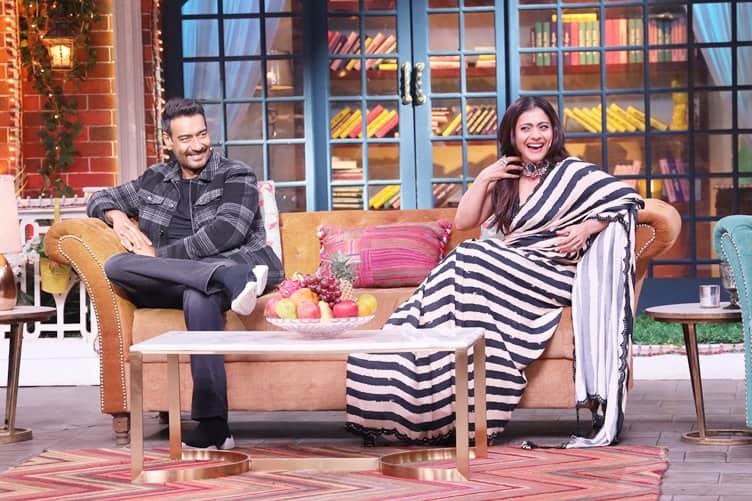 Kapil Sharma will ask the couple about an industry belief that if a film has a scene where Kajol falls, it goes on to become a hit. Kajol will laugh to share that it’s actually true as she has a falling scene in most of her films. When Kapil further asks Ajay if he has tried to incorporate such a scene, the actor will say that if he got Kajol to fall for a film, then he would have to work extra hard at home in case she gets injured. Recently when Sanjay Dutt had visited The Kapil Sharma Show, he had shared how Ajay Devgn gives him advice about homeopathy. Kapil will show the couple a clip about the same, which will leave them in splits. Kajol will then reveal that Ajay is a doctor in the house, who has a remedy for every problem. Calling him Babaji Ajay Devgn, Kajol will share that his advice is free and available anytime.

Ekta Kapoor announces The People v/s Indira Gandhi, calls her ‘woman of worth, admiration and critique’

Explained: Chandrayaan-2 is 110th Moon mission, these are the previous lunar missions

TV and live stream information for Croatia vs England