‘With the media and social media pulling them down every second day, there are no heroes left.’
‘What we have are actors and we want to see them play characters which are real, human and identifiable.’

Suparn Verma was a journalist at Rediff.com before he moved on to writing films like Zameen, Janasheen, Chhal and directed films like Aatma, Ek Khiladi Ek Haseena, Acid Factory.

Suparn directed five episodes of the The Family Man 2 and won a Filmfare Award for it along with showrunners Raj Nidimoru and Krishna DK, and Suman Kumar.

The writer-director picks two Dhanush starrers Asuran and Karnan as his favourite 2021 home-viewing experience, and tells Rediff.com Senior Contributor Roshmila Bhattacharya, ” I’m in awe of South films, even the massy, hugely entertaining, tentpole, spectacle films like KGF in the way they craft their characters and the way they bring local politics, culture and day-to-day life into the story telling.” I had heard the opening song of Karnan and after tripping on it for four days, I finally sat down to watch it.

Twenty minutes into the film, I heard ‘Asuran Asuran‘ playing in the background and realised that it wasn’t Mari Selvaraj’s 2021 Tamil action drama that I was watching, but another Dhanush starrer, the Vetrimaaran-directed Asuran (2019). By then I was so engrossed that I completed the film and watched Karnan the next day.

There’s a lot of similarities between the two. Both are styled like American Westerns with sweeping landscapes and plenty of action, as well as deeply personal, seemingly simple stories that can change the world.

What struck me was that while in Hindi cinema we stop at religion, both these films touch upon caste politics, a time bomb waiting to explode in our country, the voices loud and clear. As a student of cinema, I’m in awe of South films, even the massy, hugely entertaining, tentpole, spectacle films like KGF in the way they craft their characters and the way they bring local politics, culture and day-to-day life into the story telling.

Hindi, as a language is more pan-India, but we have many Indias. So if the story is set in UP or Bihar, if the character comes from Maharashtra or Bengal, it should reflect the region and its people.

There have been Vishal Bhardwajs and Abhishek Chaubeys whose Ishqiya, Dedh Ishqiya, Omkara and Udta Punjab have been rooted in the world from where the stories grew out.

More recently, Abhishek Kapoor’s Chandigrah Kare Aashiqui is more localised and also takes on a big issue which gives me hope that we are getting there.

In our show, The Family Man, we have tried to keep this in mind. So, when Manoj Bajpayee’s wife wants a ‘break’, he can’t wrap his head around it.

He asks, ‘Yeh break kya hota hai?‘ and that speaks of the place he comes from, his upbringing and the small town-metro divide.

He admits he’s not the best husband, but at the same time, he’s trying his best, proudly pointing out that he has been making breakfast for their son Athrav and taking him to school, only for Suchitra to point out that she’s been doing this for 11 years.

Through just a few lines, you get the understand the conflict between the couple and also get a window to the worlds they come from and their thoughts which drive their actions today.

This is important when you want the audience to relate to and stay with your characters through the journey, which could be two hours or 10 depending on the format. It doesn’t matter if they love the guy or want him to get killed, they have to be glued to the screen watching their lives unfold. To get back to Asuran and Karnan, Dhanush is a movie God.

What’s amazing is that in the first film he plays a father to a grown-up son with grey in his beard. These actors don’t shy away from how they look in a particular scene, for them the story is paramount.

The era of the heroes is over.

Today, with the media and the social media showing them up and pulling them down every second day, there are no heroes left.

What we have are actors and we want to see them play characters which are real, human and identifiable. I’ve been working on a Netflix show with South actors like Rana Daggubati and I’ve seen how their take on costs is very different from that of Hindi film-makers.

Here, the biggest of films are shot over 150 days, in the South it’s common to shoot a film over 100-120 days with songs and scenes featuring 500 junior artistes.

They believe in a more relaxed pace, shooting just 8-10 hours a day and never beyond 2 am. Even Asuran had day for nights scenes though you will never be able to tell the difference.

They have the best technicians over all the four languages, Tamil, Telugu, Malayalam and Kannada.

So does Hindi cinema which is why, despite our depleted budgets, we have started giving the West a run for their money. It’s only a matter of time before the breakthrough happens and we start competing globally. Today, OTT platforms in their mandates may talk of The Family Man being an Indian show, but given that Amazon is watched in several countries where the show is equally popular, its reach has increased.

Ditto, these brilliant South films which despite their localised content are among the best of the best, internationally.

I would like a special mention of the music of both films. I am a huge fan of G V Prakash Kumar. With Asuran, he completed a hat-trick with Dhanush and Veteimaaran after Polladhavan and Aadukalam. There are seven songs which while earthy and folksy, but the instrumentation is very international.

Karnan also has seven songs, with the flavour of India folk, but in March 2021, music director Santosh Narayan teamed up with the Macedonian Symphonic Orchestra for the film score. That’s an example of world cinema for you. 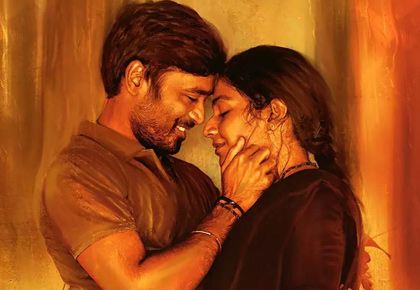 ‘Bold And The Beautiful’ Spoiler Preview Week Of September 17: Bill Fights For Will Despite Engagement [Video]

Setback for Nokia in German patent battle with Lenovo

Wendy Williams Urges Cassie To Make ‘Clean Break’ From Diddy: He ‘Doesn’t Really’ Want You Back