The Disciple sneaks up on you with its truth just as Court did. But that’s Tamhane’s signature. The film is a delicately woven macramé offering, built knot-by-knot, scene-by-scene. 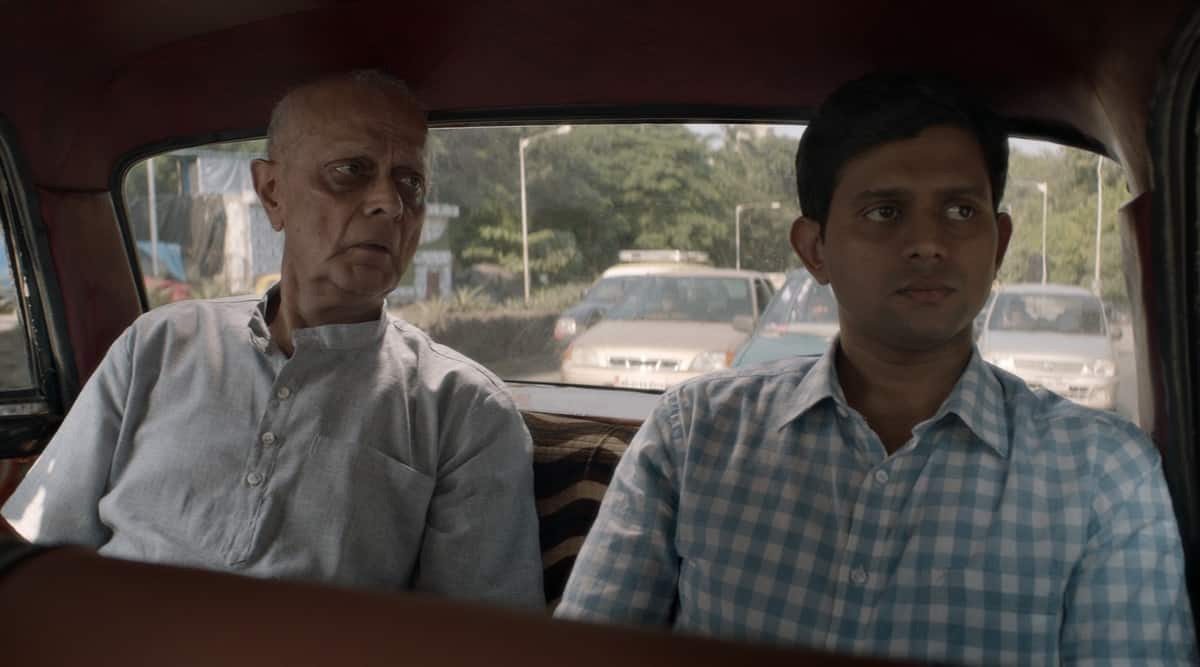 A student who is the perfect shishya. A teacher who is ailing, and struggling to be the perfect guru. The shishya doesn’t shy away from massaging the maestro’s legs, or to ferry him to and fro from the doctor, pay the fees and run other such errands. But the shishya struggles to get the perfect alaap in place, and all his seva doesn’t save him from a sharp rebuke by his guru, ‘No, you are not listening’, in the middle of a performance. We are taken deep into the nuances, tradition and culture of Indian classical music by Chaitanya Tamhane with his latest offering The Disciple. Executive produced by filmmaker Alfonso Cuarón, The Disciple, a two-hour-eight-minute Marathi feature directed and written by Tamhane, shares with us the story of Sharad Nerulkar, a 24-year-old Indian classical vocalist who wishes to leave his mark on the classical music world. His day job consists of converting old VHS tapes and recordings to CDs. Nerulkar’s guru is Pandit Vinayak Pradhan — played by Arun Dravid, a disciple of the late Kishori Amonkar — a teacher whose penurious life is salvaged only by the largesse of his few students.

Between the duo of the guru and shishya is a looming third presence of ‘Maai’, the teacher of Nerulkar’s guru and also his late father. We never see Maai, not even a photo. We only hear her — voiced by late filmmaker Sumitra Bhave — as Nerulkar rides his motorbike late into the night on the JJ flyover in Mumbai. Her disembodied voice looms large on the film’s narrative, like a spectre. He listens to her lectures as she dispenses tenets of classical music. “Saints and ascetics have attained this music, after thousands of years of spiritual pursuit. It cannot be learnt so easily, even 10 lifetimes are not enough,” rasps Maai’s voice in Nerulkar’s headphones. Nerulkar, who grew up in a ‘musical’ household, as we later learn in the film was introduced early on to the harmonium and riyaaz. He also accompanied his father to attend ‘morning concerts’ across towns. His father’s friends are happy to quiz him about the various morning ragas in lieu of a promise of a chocolate bar. All grown up, Nerulkar still looks at the Indian Classical music world with rose-tinted glasses and holds onto the principles of purity of form and tradition as he scrambles his way. But we never see his frenzied, righteous idealism being accompanied by the rigorous riyaaz recommended by his teacher.

Spread over twelve years, we see the changes in Nerulkar, and by proxy, the changes that have sneaked their way into the music world. His old 2G phone has been replaced by a smart one, and his youthful boyish looks are now that of a middle-aged man, replete with an expanding waistline and a moustache. His guru’s health is failing rapidly, and Nerulkar now teaches music in a school. One feels his struggle, sweeping over oneself in waves, as we see him trying to network, and to make himself ‘marketable’, through social media. He checks up on his former fellow student, Sneha, who’s now doing tours in the US.

The world of Indian classical music has often remained elusive for the aam junta. The elusiveness adds to the mystique that surrounds it. If you wish to experience the elusiveness first hand, go attend any such gatherings at IIC in Delhi or NCPA in Mumbai. One has to be part of a very select milieu, and a certain class to be allowed into those hallowed corridors. The kurta has to be a certain kind of crisp, and the sarees of women have to be silk or handwoven cotton, no chiffons please. That said, elusiveness doesn’t really guarantee economic or any other success. The current pandemic, if nothing else, has shown the dismal way, we as a society have not taken care of our classical artists. Just earlier this week India lost Pandit Rajan Mishra, of the famed Rajan-Sajan Mishra duo, due to Covid-related complications.

The Disciple sneaks up on you with its truth just as Court did. But that’s Tamhane’s signature. The film is a delicately woven macramé offering, built knot-by-knot, scene-by-scene. Nothing is out of place, not one note. We see the conflict within Nerulkar as his sense of purity and romanticism for the musical form is constantly at loggerheads with his desire for fame and the trappings that come with it. Tamhane has yet again outdone himself with the casting of non-actors. We are still mourning the loss of Vira Sathidar, the real-life folk activist who plays the protagonist in Court, who passed away recently. Aditya Modak and Arun Dravid are real-life classical Indian music performers, and are a perfect fit for Tamhane’s narrative. The Disciple will serve as a reminder of how often we as a society idolise and pedestal-ise some things and some people and in that process, how we successfully distance ourselves from the cracks that now accompany them. Watch The Disciple, and maybe next time you won’t skimp on those classical music concert tickets and avoid asking for passes from some organiser. They might just cost you as much as a coffee from your favourite coffee shop.

Sara Ali Khan is a bundle of joy as she cuts birthday cake. See more pics from the party

Prince William Says He Felt "Pain Like No Other Pain" After Losing His Mother, Princess Diana