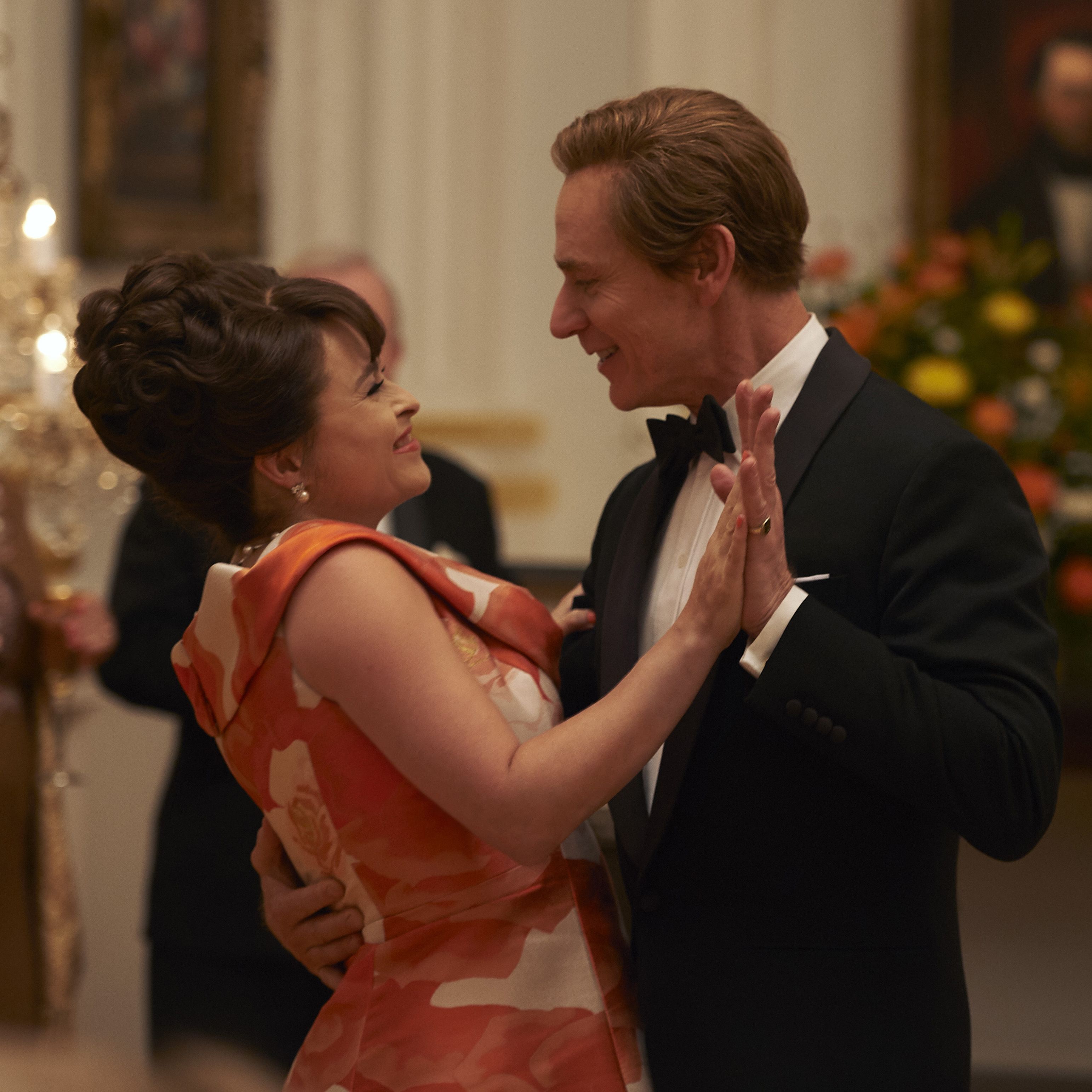 It’s finally here: the year we get new episodes of The Crown. Though we still don’t have a release date, Season 3 of the Emmy- and Golden Globe-winning series—complete with an entirely new cast—is set to premiere this year.

Below, catch up on everything there is to know (so far) about the new season, and keep checking back: This article will be updated as new information is released.

1) The show has been entirely recast, with Olivia Colman portraying Queen Elizabeth II.

In October 2017, Variety confirmed Broadchurch and The Night Manager star Olivia Colman will play Queen Elizabeth II for Seasons 3 and 4. Claire Foy originated the role for Seasons 1 and 2, and confirmed to Vulture back in December 2016 that the entire original cast of the series would be replaced. 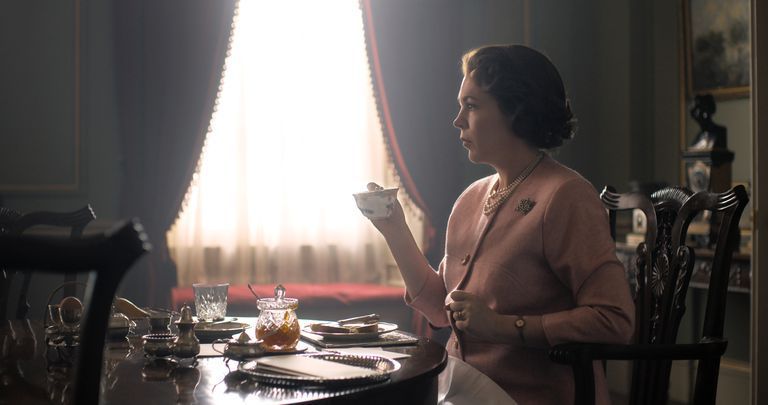 Before Season 1 even premiered, Morgan discussed his motivation for that decision with Variety in November 2016:

In February, producer Suzanne Mackie also confirmed that every single character would be re-cast. “It’s all or nothing. Everyone has to change,” she said, according to Variety.

2) It will air sometime this year.

According to The Hollywood Reporter, Netflix confirmed Season 3 will air in 2019, which makes sense, since Season 2 had already been filming for a month when Season 1 premiered on Netflix in November 2016. The wait for Season 4 will probably be shorter, though, since Morgan stated Seasons 3 and 4 would be shot back-to-back, according to Variety.

Colman appeared on The Graham Norton Show in late December and revealed the show has almost completed shooting—though it’s unclear whether she meant Season 3 or both Seasons 3 and 4.

Outlander and Game of Thrones star Menzies will take on the role of Prince Philip from Matt Smith, Netflix confirmed in April. In a statement, Menzies said, “I’m thrilled to be joining the new cast of The Crown and working with Olivia Colman again. I look forward to becoming her ‘liege man of life and limb.'” Menzies previously worked with Colman on The Night Manager. 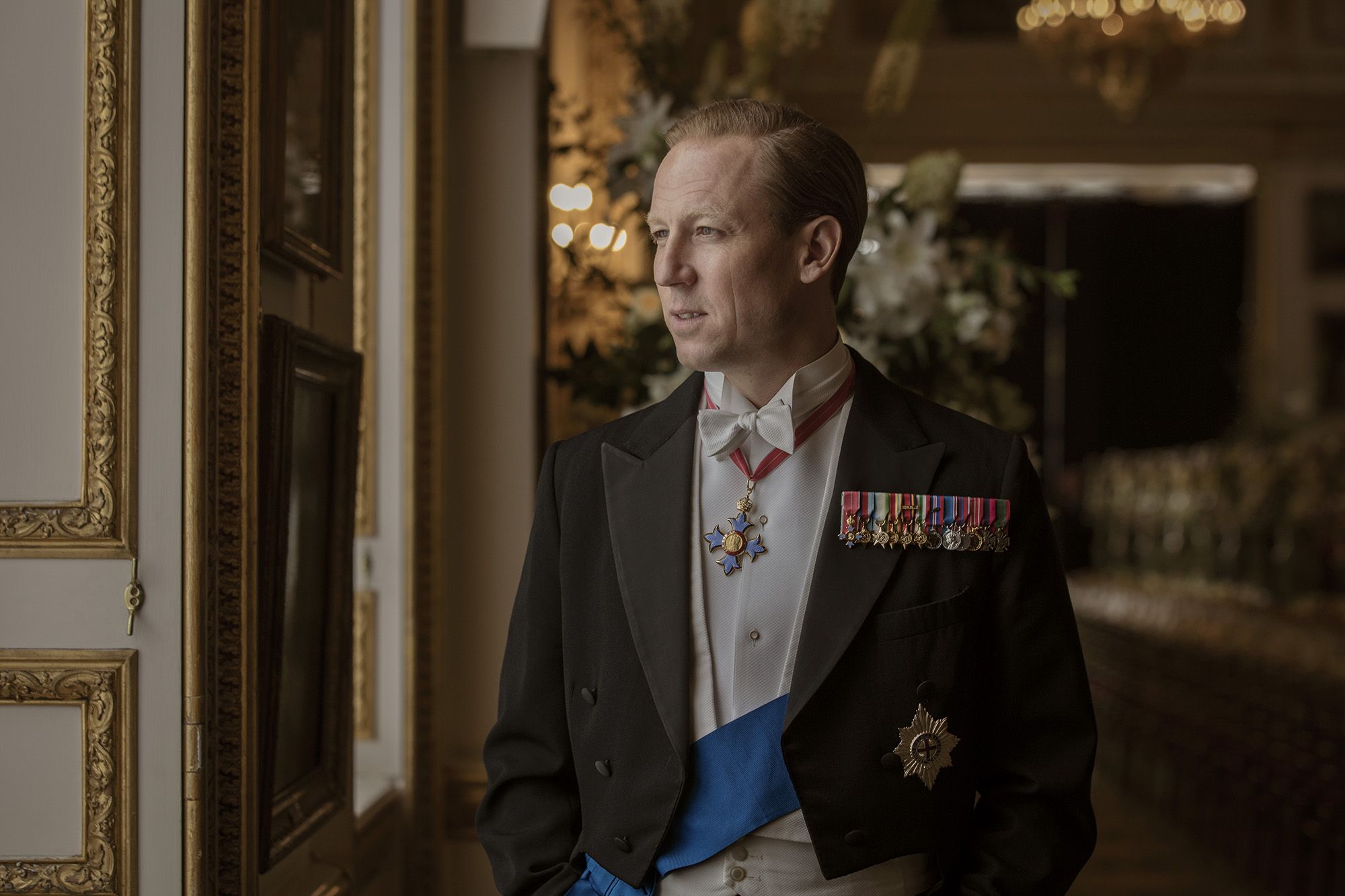 In January 2018, THR reported Paul Bettany was slated to take on the role, but negotiations with Netflix later fell through due to a scheduling conflict.

In early January 2018, the Evening Standard reported Helena Bonham Carter was “all but confirmed” to take over the role of Princess Margaret from Vanessa Kirby for Seasons 3 and 4 of The Crown. On May 3, Netflix confirmed the news with a statement from Bonham Carter: “I’m not sure which I’m more terrified about—doing justice to the real Princess Margaret or following in the shoes of Vanessa Kirby. The only thing I can guarantee is that I’ll be shorter than Vanessa.” 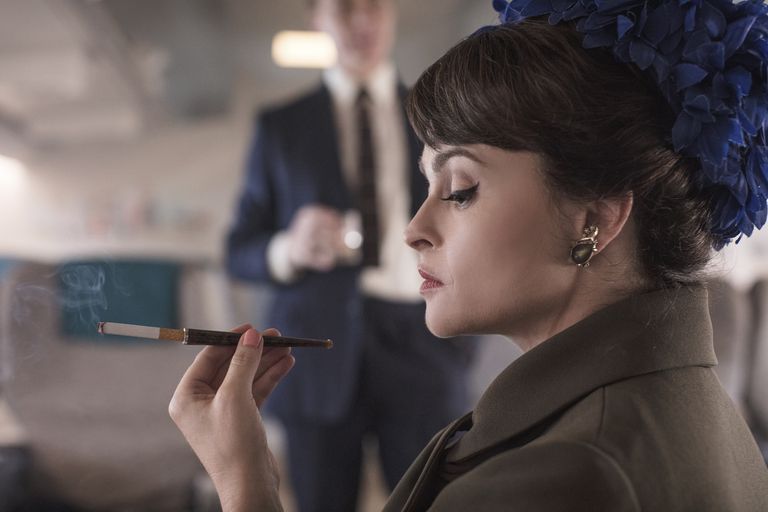 Before Bonham Carter started filming, she revealed her anxieties about joining the cast in a June 2018 interview with Variety: “None of us look at all like our previous generation,” she said. “We don’t actually look like our real people either. I don’t look like Margaret. I don’t think Olivia looks particularly like the Queen, but it’s interesting. We just have to try and create some sort of essence. The good thing is that all the characters are so multifaceted, so we will probably capture different bits.”

6) Ben Daniels will play Antony Armstrong-Jones, who will separate from Princess Margaret in Season 3.

Netflix announced House of Cards and The Exorcist TV-show star Daniels would portray Princess Margaret’s (ultimately ex-) husband Antony Armstrong-Jones, Earl of Snowdon. “Snowdon was such a dynamic and complex man,” Daniels said in a statement to Netflix. “I’m really looking forward to playing him.” 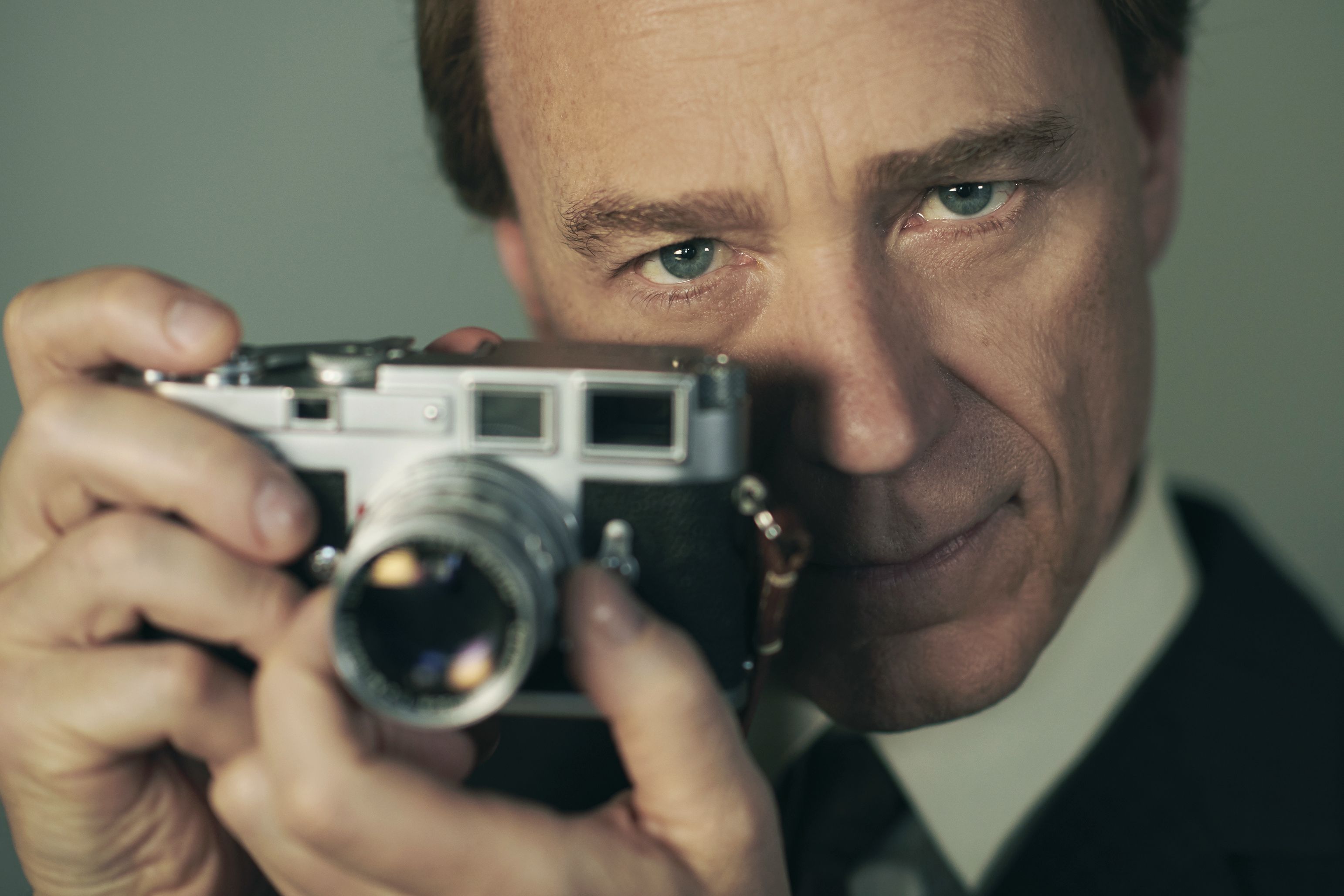 Matthew Goode played Armstrong-Jones in Season 2 of the show, with his character marrying Princess Margaret in Episode 7 and taking the title Earl of Snowdon. The couple welcomed two children by the end of the season, but will face something totally different in the new episodes. “In Season 3, without giving anything away—it’s on the record, it’s history—we’ll see the breakup of this extraordinary marriage between Margaret and Snowdon,” The Crown history consultant Robert Lacey told Town and Country in December 2017. Margaret and Armstrong-Jones separated in 1976 and divorced in 1978, the first divorce of a senior royal member since Princess Victoria of Edinburgh’s in 1901.

Images from set also show scenes shot of the couple during happier times; The Daily Mail published paparazzi photos of The Crown filming in Spain to recreate Princess Margaret and Lord Snowdon’s visit to Los Angeles, as part of their 1965 tour of the United States.

In July 2018, Netflix announced it had cast the roles of Prince Charles and Princess Anne. Josh O’Connor, star of God’s Own Country and The Durrells in Corfu, will play the Prince of Wales. “Seasons 3 and 4 will follow some of the most turbulent events in the Prince of Wales’ life and our national story and I’m excited to be bringing to life the man in the midst of it all,” O’Connor said in a Netflix statement. “I’m very aware it’s a formidably talented family to be joining, but reliably informed I have the ears for the part and will fit right in.”

Erin Doherty, who has appeared in Call the Midwife and the upcoming Les Misérables miniseries, will play Princess Anne. “There is such a rare dynamic within Princess Anne that I am incredibly grateful to be able to explore,” Doherty said in a statement at the time of her casting. “She is a woman of great strength and heart—I feel privileged to fight her corner.”

Casting director Nina Gold told Vanity Fair in February 2018 that she was in the process of casting the roles of Charles, Anne, and Camilla Shand, revealing the characters are “just coming into their own” in the new season.

Emerald Fennell, Victoria and Call the Midwife actress and head writer for Season 2 of Killing Eve, will take on the role of Camilla Shand in Season 3 of The Crown. “I absolutely love Camilla, and am very grateful that my teenage years have well-prepared me for playing a chain-smoking serial snogger with a pudding bowl haircut,” Fennell said in a statement.

Season 3 will be an important one for Prince Charles and the future Camila Parker-Bowles. The two met in either 1970 or ’71 and dated on and off for more than three decades—including the years both were married to other people—until they married in 2005.

Paparazzi photos from the Season 3 set appear to show scenes of the two meeting for the first time.

Veteran British film, TV, and theater actress Marion Bailey will play the Queen Mother in The Crown Season 3, taking over the role from Victoria Hamilton.

“It’s a brilliant show and we have a tough act to follow, but what a gift to be playing the fascinating and greatly loved Queen Mother,” Bailey said in a statement.

The BAFTA-winning, Olivier-nominated British actor will take on the role of British Prime Minister Harold Wilson, a Labour politician who served two non-consecutive terms: October 1964 to June 1970, and March 1974 to April 1976. Back in October 2017, The UK Times reported in an interview with Morgan that Season 3 would cover “the Wilson era” while Season 4 would focus on Margaret Thatcher, who took office May 4, 1979, and served 11 years—the longest of any British prime minister in the twentieth century.

“I am delighted to become a part of this exceptional show,” Watkins said in a statement. “Harold Wilson is a significant and fascinating character in our history. So looking forward to bring him to life, through a decade that transformed us culturally and politically.” 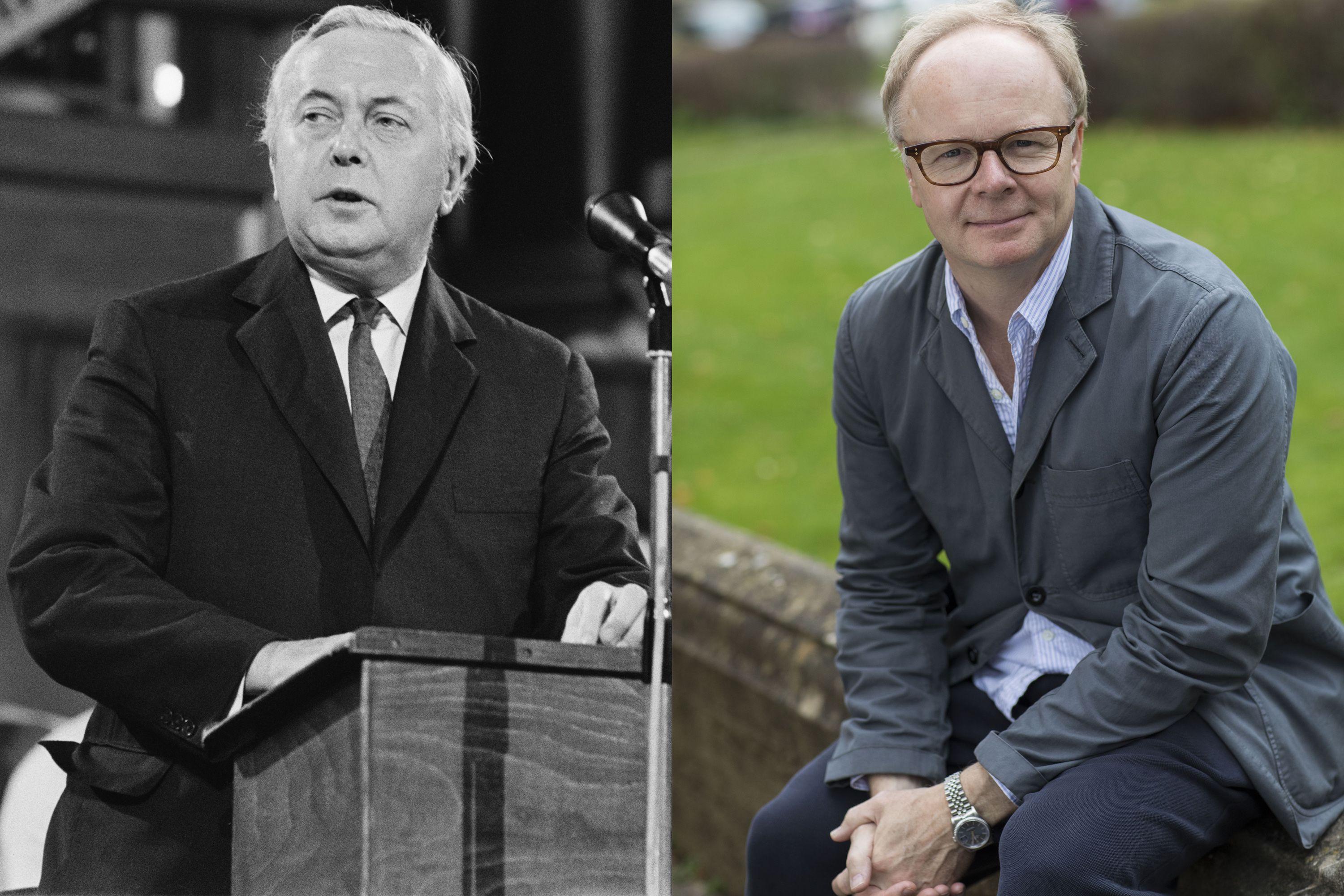 Though his character is the focus of the season, Watkins likely won’t be the last prime minister cast for Season 3. After Harold Macmillan’s resignation in October 1963 (as depicted in the final episode of The Crown Season 2), the UK saw four Prime Ministers serve five terms over the next 15 years: Sir Alec Douglas-Home, in office a paltry 363 days; Wilson for six years; Edward Heath from 1970-1974; Wilson again for two years; and James Callaghan from 1976 to 1979.

Variety reported in January 2019 that Gillian Anderson is in talks to join Season 4 of The Crown in the role of British prime minister Margaret Thatcher. However, The Hollywood Reporter reports if Anderson joins the show, it will likely be with a two-season deal. Since The Crown entirely re-casts the show every two seasons, this offers some hope that Anderson will appear in Season 3 after all.

12) Colman said her performance will be inspired by Claire Foy’s.

Colman told the BBC in October 2017 she’s “so thrilled” to be joining the show, revealing she was “utterly gripped” watching it. “I think Claire Foy is an absolute genius—she’s an incredibly hard act to follow,” Colman said. “I’m basically going to re-watch every episode and copy her.”

During her December appearance on Graham Norton, Colman revealed that at the start of shooting, she would ask herself, “What would Claire do?” But then she joked, “Now we’re sort of so busy, I’ve forgotten, so now I might not be doing anything like the queen or Claire now.”

In November 2018, Colman revealed some of her process for getting into the character of Queen Elizabeth during an interview with the New York Times. She watched videos of the real queen in action and worked with a voice and movement coach. “I walk a bit like a farmer, not a queen, and I’m not a very good physical impersonator,” she told the. “So there is a dollop of artistic license.”

Colman also revealed to Vanity Fair in November 2018 that she struggled to tamp down her own expressiveness. In fact, the crew had to rely on a sneaky behind-the-scenes ploy to keep Colman straight-faced. “Whenever anyone is telling me something sad, which just makes me cry, they give me an earpiece and they play the shipping forecast,” Colman told VF. “It’s somebody going, ‘And the winds are fair to midland … blah, blah.’ I’m sort of not listening to what [the other actors are] saying. I’m trying so hard to tune into the shipping forecast and not cry.”

14) Princess Diana will not appear in Season 3.

Even though Morgan told People in December 2016 that Diana Spencer would make her first appearance in The Crown toward the end of Season 3, casting director Nina Gold confirmed to Vanity Fair that she will not be featured in the upcoming season.“When we do get to her, that is going to be pretty interesting,” Gold said. Since Prince Charles met Diana in November 1977, we’ll likely see this moment onscreen near the beginning of Season 4.

Paparazzi photos of Season 3 production have been leaking since last fall, with cameras capturing filming of a funeral scene (possibly Winston Churchill’s—he died in 1965), Queen Elizabeth’s visit to Aberfan following the 1966 mining disaster which killed 116 children and 28 adults, and Prince Charles’s 1969 investiture ceremony.

Additionally, Colman’s November Vanity Fair interview revealed Season 3 will bring a “steadier” marriage for the queen and Prince Philip, a closer relationship for Elizabeth and Margaret, and the depiction of events like the 1972 royal visit to France, the queen’s involvement in the 1976 Montreal Olympics, and the space race. 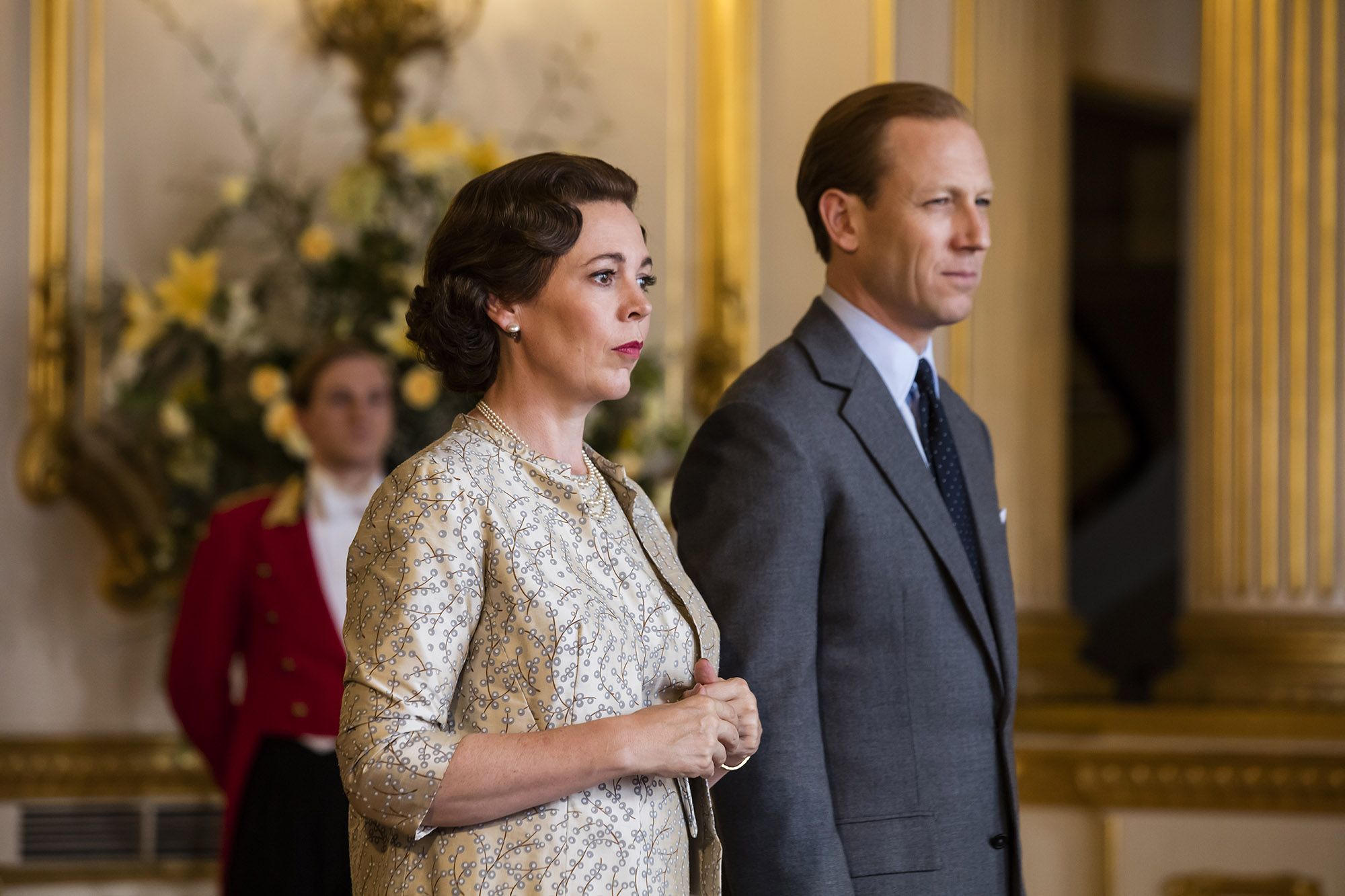 Variety reported in April that The Crown‘s production company, Left Bank Pictures, received approval to expand the show’s set at Elstree Studios in London, including revamped exteriors for 10 Downing Street and Buckingham Palace—particularly the famous balcony on which the royal family poses for special events like the Trooping the Colour. Further additions to the set include streets named “Belgravia Street” and “Central Street” and an outdoor area specified as “bomb-damaged.”

And she wants Helen Mirren to take on Queen Elizabeth when Colman’s run ends. Foy told Andy Cohen on Watch What Happens Live she would “put money on” Mirren’s casting.

2 on bike, 4 in cars killed in Palghar accident