Supergirl is gearing up for its fourth season, and it seems Kara Danvers is going to be in some serious trouble going forward.

In some new on-set pictures, we see Supergirl chained up on a dock surrounded by a load of shifty-looking masked people. 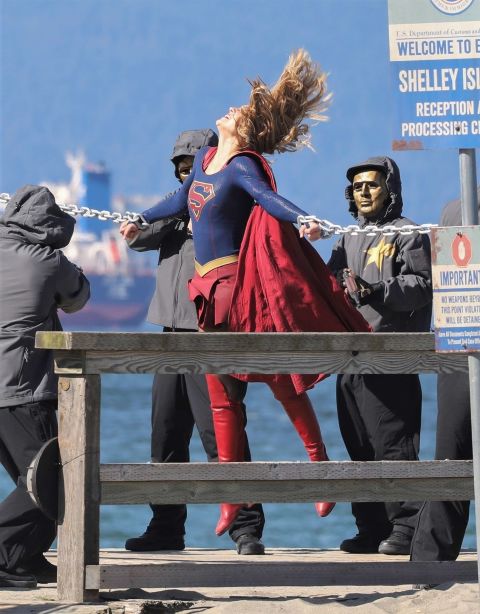 It’s safe to say she’s not in the best way, and we do wonder how she’s going to get out of this one (we imagine she will, somehow).

As well as putting Kara in big danger, season 4 of Supergirl is set to change the game somewhat by introducing TV’s first trans superhero Dreamer.

Nicole Maines, who plays the character, recently opened up about taking on the role, explaining: “When I was younger, if there had been a trans superhero, that would’ve been a game-changer.

“Saying it now sounds obvious, but that can be really hard to remember when you’re a trans kid who feels like your world’s been turned upside down. Just having someone to see in the media is so empowering and validating.”

While she has been seen before on the show, this season will reveal Dreamer’s super-suit, and Maines could not be more excited.

Supergirl will return on Sunday, October 14 on The CW in the US. Sky One and NOW TV air the show in the UK.

Buzz: Mahesh Babu Is Leaving No One

In Namaste Trump, an Eisenhower throwback

EXCLUSIVE! ‘It is important for the current generation to know their history,’ says Mammootty about Mamangam | Bollywood Life