In 2022, I made peace with the fact that I cannot watch every single show in the OTT universe.

Week after week, there’s a never-ending supply of hot and hyped new releases.

Greedy as I was to see them all, my poor eyes begged me to take it easy.

When it comes to streaming though, even less is more.

I binged on various shows this year — some for work, some for pleasure, few I couldn’t spare time for, others I didn’t have access to while some started out fabulously only to fizzle towards the end.

Here it is then, not a best-of list but an assorted compilation of long-form entertainment from India and abroad I enjoyed in 2022.

Twenty-Five Twenty-One
Where to watch? Netflix

Almost a year since it first aired but I am still holding tight to Twenty-Five Twenty-One‘s charming universe, which not only recreates the late 1990s vibe to perfection but also makes the pleasures and pangs of first love feel crushingly personal against its achingly alive backdrop of family, friendships, ambitions and reality.

Kim Tae-ri and Nam Joo-hyuk’s poignant chemistry grows through their journey as a teenage fencer struggling to make a mark and down-on-luck young man doing odd jobs before they finally find their place in the world.

The Bear
Where to watch? Disney Hotstar With his big blue sorrowful eyes and Dustin Hoffmanesque intensity, Jeremy Allen White seamlessly becomes one with the character of a fine dining chef compelled to run his deceased brother’s chaotic sandwich eatery in a rough Chicago neighbourhood.

The place is in shambles. The staff in no mood to cooperate. Unpaid bills and unresolved family matters pile up.

Things are in a constant state of collapse in this feverish kitchen drama until White’s leadership slowly but surely find its footing.

High on palpable tension, immersive claustrophobia and tender touches, The Bear is everything you’ve ever wanted from a show but didn’t know who to ask.

The Lord of the Rings: The Rings of Power
Where to watch? Amazon Prime Video The Lord of the Rings: The Rings of Power is a thing of beauty. Every frame of its extravagant first season justifies the exorbitant sums of money spent in making this small-screen epic, based on Tolkien’s appendices, a big-scale affair.

But it’s not splendour alone, The Rings of Power is a work of sterling ambition and sly foresight that carefully builds the origins story of Sauron’s evil and ring by setting the politics and power play of familiar and freshly-created characters in motion.

Stranger Things 4: Volume 1 and 2
Where to watch? Netflix After three years of waiting, the Duffer brothers, finally, revealed what the fuss is all about with a spectacular fourth season split into two volumes starring old favourites and unforgettable new additions, including the freshly minted fan favourite and loveable metalhead — Eddie Munson.

Just when it appears Hawkins’ folks are picking up the pieces and starting afresh, a creepy new villain called Vecna threatens to destroy the town’s peace forever. It’s Eleven to the rescue again while her best friends rally around to help out in their own inimitable ways over its sprawling adventures and multiple arcs.

Not one dull moment and plenty to cheer in this action-packed entertainer.

Rocket Boys
Where to watch? SonyLIV What went in creating India’s nuclear and space programmes isn’t exactly riveting to a non-nerd. But the engaging period drama and believable bromance between Bhabha and Sarabhai’s friends and colleagues exhibiting distinctly different worldview and personalities, embodied in Jim Sarbh and Ishwak Singh’s exquisite performances, is impossible to resist.

All of Us Are Dead
Where to watch? Netflix Whether set in the Joseon era like The Kingdom or modern-day teenage kids trapped in their high school campus sans support or supplies in All of Us Are Dead, South Koreans are the undisputed masters of the zombie genre.

What’s especially impressive is their knack for finding moments of touching humanity and bitter irony within such a violent and graphic space.

I binge watched All of Us Are Dead on the day it dropped, finished all 12 episodes in one go and found myself nervous, curious, horrified, heartbroken with every passing second yet all the time thoroughly thrilled by the quick thinking, survival instincts and touching heroics of its wonderfully talented cast of newcomers. Between over serious (Moon Knight) and over flippant (She Hulk), Marvel found a perfect balance in Kamala Khan’s Captain Marvel fangirl and long-due culture icon whose religious and ethnic identity as a Muslim and Asian-origins person is of tremendous significance but not the only terrific aspect of Iman Vellani’s breakout role.

The charismatic youngster was born to play the part of a 16-year-old Pakistani-American comic book nerd from Jersey City discovering her mutant powers and its mesmerising history over pop-culture humour and pains of Partition.

Overambitious? Yes. Pulls it off? You bet. High profile cases voicing issues of relevance are solved amidst personal tussles and complicated friendships in this refreshing legal drama that hits new highs in its two charismatic key players.

Shriya Pilgaonkar and Varun Mitra’s opposites-attract chemistry is a classic case of chalk and cheese lawyers that’s exciting in conflict and dazzling to behold.

One’s ethics, another’s lack of them as they alternately spar and support while doing their respective bidding for clients, is what keeps Guilty Minds on its toes through its course of ten eventful episodes.

The House
Where to watch? Netflix 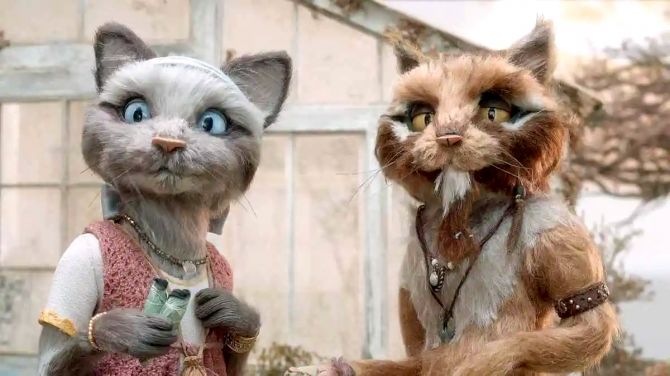 A man’s desire for luxurious prospects come at a heavy price, a developer stuck with potential buyers who will neither buy nor leave, a landlord pining for a house that was but never will be in an increasingly dystopian future.

Eerie, cryptic and unsettling, The House promises stark consequences to avarice and possession while painting a terrifying picture of destruction, desolation and climate changes around human and anthropomorphic characters.

The Legend of Vox Machina
Where to watch? Amazon Prime Video 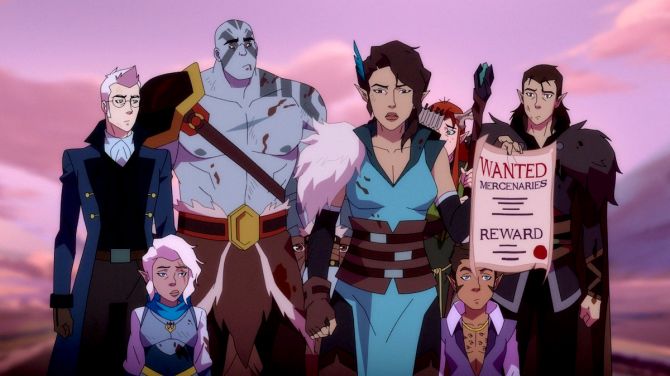 Animation comes of age in the deliciously irreverent, filthy-mouthed tone and gory spectacle of The Legend of Vox Machina‘s uncompromisingly fun fantasy.

Here, a motley crew of daredevil heroes gather to take on unstoppable forces of evil while battling their own demons and difficulties in ten bite-sized bonkers episodes.

Watch and get wowed.

Masaba Masaba 2
Where to watch? Netflix Masaba and mom Neena Gupta return to play fictional versions of themselves with double the sass and spunk in a better, bolder second season that has its heart and humour in all the right places.

At heart Masaba Masaba is pure rom-com but by owning up to its privileges and triviality, it acquires substance that’s as genuine as its style. A young professional’s post-pink slip life after he returns to his hometown and discovers where his heart is, a la Garden State meets Swades, forms the focus of Ghar Waapsi‘s well-acted, well-made blend of wit and warmth.

There is a life-like quality to its casually played out scenes depicting the enormity of personal and professional decisions and their cathartic or detrimental impact on the self and surrounding with a quietness that feels organic not calculated.

Gullak Season 3
Where to watch? SonyLIV Gullak‘s third season deepened our bonds with the ever-relatable Mishra family as they grapple with middle-class monotony and brand new challenges, unprepared for the inevitable ups and downs of everyday existence.

Responsibility and disenchantment find a spot next to all the froth and charm in the bittersweet developments of the latest edition of this much-loved series. And the upshot is ever so honest and touching.

Never Have I Ever Season 3
Where to watch? Netflix 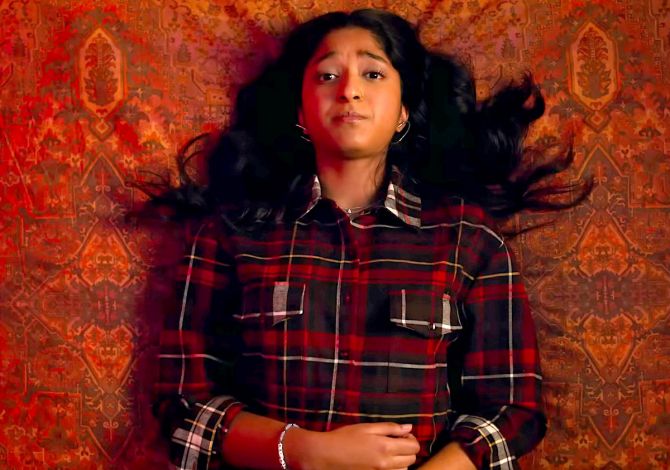 Teenybopper shows that don’t insult age groups outside their target audience are hard to come by, but Indian American Devi Vishwakumar’s high-school drama and romantic confusion while healing from her father’s loss in tennis legend John McEnroe’s commentary has kept us hooked right from the beginning.

The zingers are a given in its pitch-perfect penultimate season. What surprises is the maturity. It rained anthologies all year round but only few had a lasting impact like Unpaused in its second edition.

Set in a post-pandemic world, Naya Safar tells five stories of people from all walks of life through the prism of optimism.

As always some triumphing of spirits is stronger than others, but Geetanjali Kulkarni’s ability to emote with half her face covered in a mask and Nagraj Manjule’s proficiency at showcasing the innermost workings of people at society’s fringes linger on long after the end credits roll. The reality of two Indias is solidly depicted in Nirmal Pathak Ki Ghar Wapsi‘s meaningful melodrama that like its titular character wants its viewer intrigued and infuriated by showing a world unlike their own.

Patriarchal mindsets, casteist politics, misogyny abound in its storytelling that begins at an author’s arrival in his home town in Bihar only to find the real reason why his father left decades ago hasn’t changed a bit.

Though it somewhat struggles to keep the loaded momentum going in the final few episodes and ends without conclusion, the idea in itself is compelling as is Nirmal’s conflicting emotions for his complicated old home. 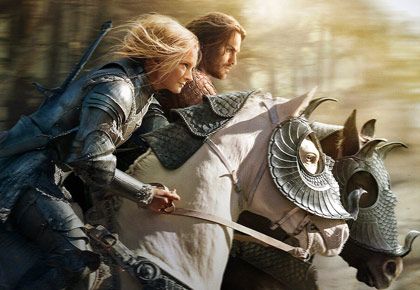 Sutapa Sikdar: Irrfan always saw a rhythm in everything, even in chaos

‘I don’t mind using my body to convey emotion’

Capital’s caseload up by 421 more