Rumours have been swirling this week about who will be filling Bruno’s seat on the Strictly Come Dancing judging panel next week.

The Week 4 results cleared everything up by announcing an exciting new addition. Everyone’s favourite Fresh Prince jiver, Alfonso Ribeiro, will be sitting down to give his two cents on the couples.

Starring as Carlton Banks alongside Will Smith in The Fresh Prince of Bel Air, Alfonso made his very own ‘Carlton’ dance famous.

He then went on to please crowds with the move on Strictly‘s American counterpart, Dancing With The Stars, even winning his season in 2014 with partner Witney Carson. 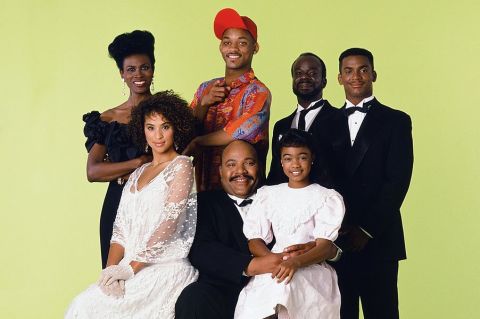 Alfonso is no stranger to TV competitions: he also went down under on I’m A Celebrity in 2013. He even gave his campmates a dance masterclass – much like every performance of his characteristic move, it was thoroughly enjoyed by the public.

The announcement was met with serious love from fans, who were filled with ’90s nostalgia for The Fresh Prince‘s preppy cousin.

It seems that Alfonso is flavour of the month for the BBC, who are flying him in from the States to host an upcoming show named Money Tree.

The quizzer will see two families battle it out over trivia questions, with the monetary value of the question being decided by the contestants themselves.

Alfonso will be appearing next weekend, beginning his reign on the judging panel on October 20’s show.

Strictly Come Dancing continues next Saturday (October 20) at 6.45pm on BBC One, with the results show following on Sunday, October 21 at 7.45pm.