This edition of Streaming Guide features Bollywood actor Amit Sadh who has films like Kai Po Che, Sultan, Gold, Sarkar 3 and Barot House among more to his credit. In our series Streaming Guide, we list the works of a filmmaker or actor which are available on streaming platforms like Netflix, Amazon Prime Video, Hotstar, Eros Now and YouTube among more.

This edition features Bollywood actor Amit Sadh who has films like Kai Po Che, Sultan, Gold, Sarkar 3 and Barot House among more to his credit. 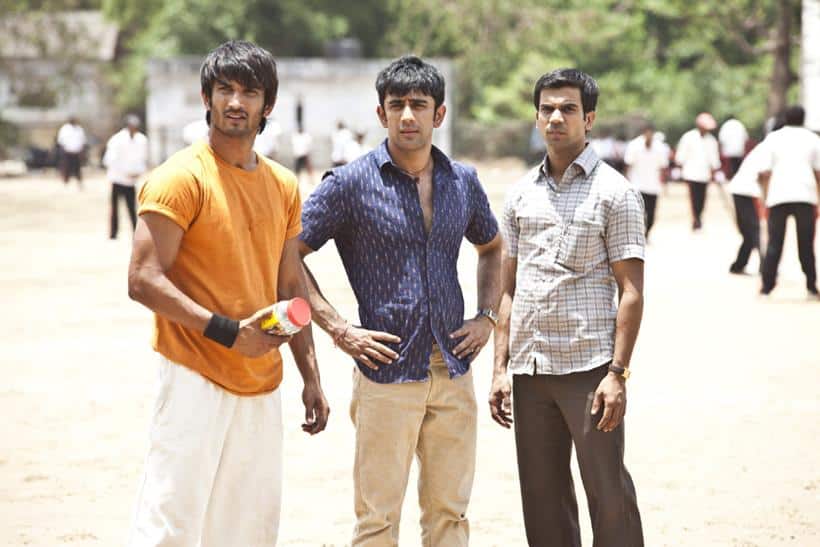 Based on Chetan Bhagat’s book The 3 Mistakes of My Life, Kai Po Che is led by Sushant Singh Rajput, Rajkummar Rao and Amit Sadh. It is the story of three friends who stand by each other in every situation and plan to start a sports academy together but get separated amid a communal riot in Gujarat. Guddu Rangeela is a dramedy starring Arshad Warsi as Rangeela and Amit Sadh as Guddu. The two, who are cousins, pose as orchestra singers during the day and in the night, they are informants. The villain of this story is Ronit Roy, who plays politician Billu Pehelwan and is against inter-caste romantic relationships. The movie is a fun watch until it remains a cat-and-mouse game between the police, politicians and gangsters. However, Guddu Rangeela loses its hold the moment it gets into commentary mode highlighting malpractices prevalent in society. In Sultan, Amit Sadh plays a MMA (mixed martial arts) promoter Aakash Oberoi who persuades a 40-year-old Sultan (Salman Khan) to return to the wrestling ring. The film is a treat for every Salman fan who likes to see his bare chest. The actor also doesn’t disappoint with his performance as a wrestler.

Starring Sonakshi Sinha, Konkona Sensharma, Anurag Kashyap, Raai Laxmi and Amit Sadh among others, Akira has Sonakshi fighting violence against women. She plays a college student who is hotheaded. Soon she is pitted against a corrupt police officer, played by Anurag Kashyap, and she has to prove herself not guilty of a crime she is accused of. Running Shaadi is a story of entrepreneurs from a small town who start a website to help couples elope and marry. Ram Bharose (Amit Sadh) and Nimmi (Taapsee Pannu) get involved romantically, and soon their love and professional life go for a toss. Though the film could not impress critics, Sadh’s performance drew appreciation. His chemistry with Pannu was liked by viewers. Sarkar 3, the third film in the Sarkar franchise, is the weakest of the three. It is the story of Subhash Nagre aka Sarkar (Amitabh Bachchan) whose empire is under attack. Amit Sadh, who plays Sarkar’s grandson Chiku, turns vengeful and joins the opposition gang (Manoj Bajpayee, Jackie Shroff) to destroy Sarkar. Will he succeed or will Sarkar like always defeat his opponents, makes for the narrative of the film.

Baarish Aur Chowmein is a sweet, romantic story featuring Amit Sadh and Taapsee Pannu in the lead roles. Apart from being a romantic drama, the film also comments on the plight of Muslims and women in India. Through the film, Sadh proved he can be a reliable lead actor who can ace his part if supported by an equally able co-actor. 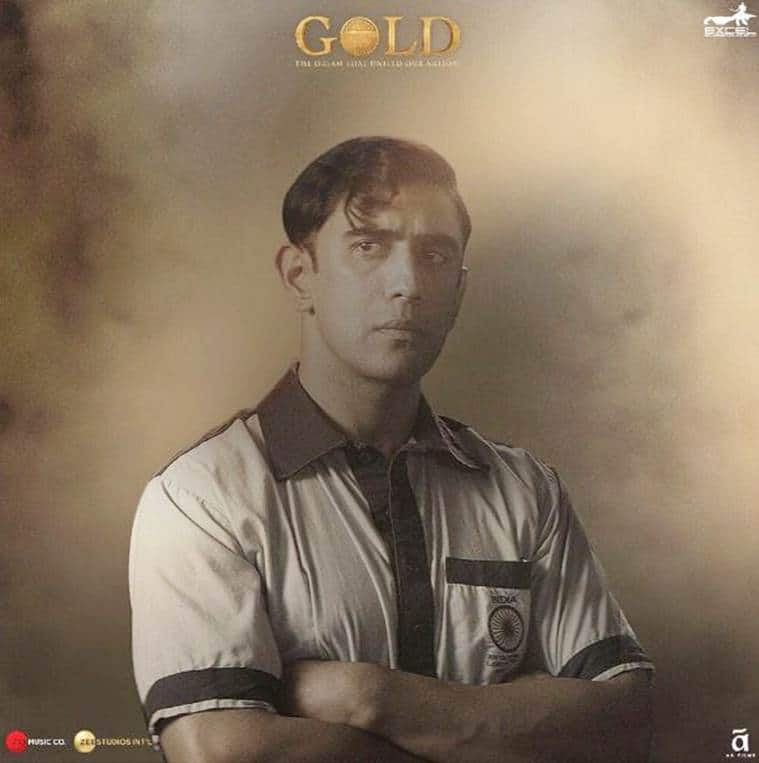 Inspired by true events, Gold is the story of the Indian field hockey team winning India’s first Olympic gold medal as an independent nation. Akshay Kumar plays Tapan Das, who brings together a match-winning team. For The Indian Express’ Anvita Singh, the film would have been a complete drag had it not been for its supporting cast. “Amit Sadh as Kunwar Raghubir Pratap Singh delivers the goods. He charms as the royal who is not used to letting go of the wheels. His body language, the way he speaks, every little thing ties in neatly with his character. Sunny Kaushal, Vineet Kumar Singh and Kunal Kapoor also give a credible performance,” she wrote.

Based on the life of mathematician Anand Kumar and his programme which trains underprivileged children for the IIT entrance examinations, Super 30 stars Hrithik Roshan, Pankaj Tripathi, Mrunal Thakur and Amit Sadh among others. The film was received well by the audience and became one of the top earners of 2019. 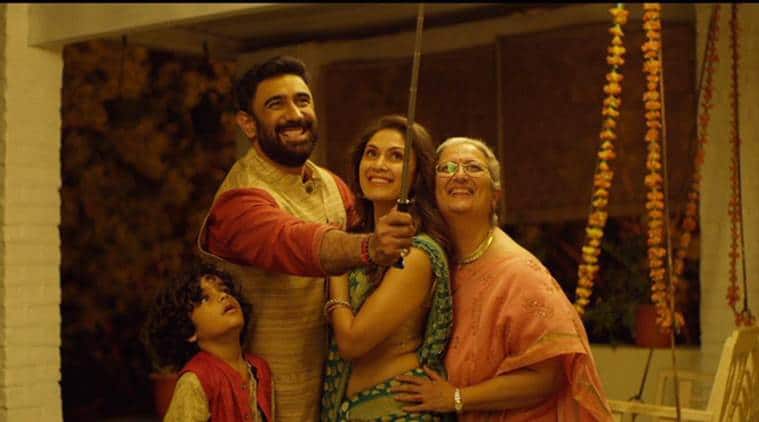 Barot House features Amit Sadh and Manjari Fadnnis, who seemingly play a happy couple. But tragedy strikes when their little girl is murdered. The movie is apparently based on true incidents.

Helmed by Dhoom director Sanjay Gadhvi, Operation Parindey stars Rahul Dev, Amit Sadh, Ameet Gaurr, Kunal Kumar, Aakash Dhaiya and Rucha Inamkar among others. It is a fictional account of one of the most controversial jailbreaks in the history of India.

The first season of Breathe narrated the story of a father (R Madhavan) who is ready to go to any length to save his son from a deadly lung disease. He starts killing the organ recipients who are ahead of his son in a list. Everything goes as per plan until he reaches the last recipient (Sapna Pabbi), who is the ex-wife of Senior Inspector Kabir Sawant (Amit Sadh).

Breathe: Into The Shadows 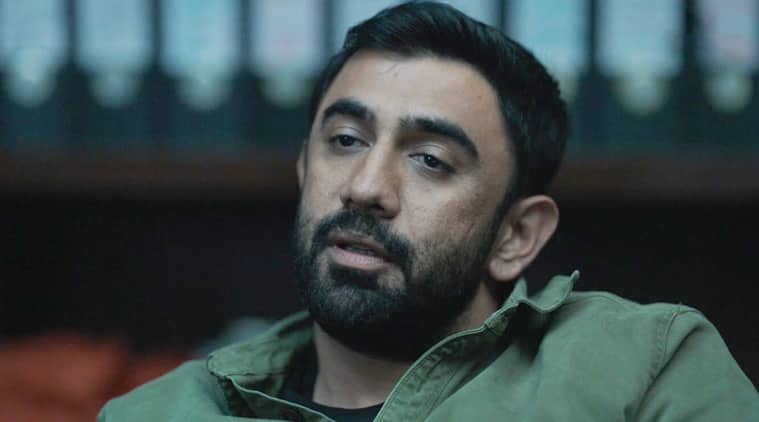 Amit Sadh returns as Inspector Kabir Sawant in Breathe: Into the Shadows. The series also stars Abhishek Bachchan and Nithya Menen in the lead role. This time Sadh’s Kabir is after a father who enters the dark realms of crime to ensure the return of his missing daughter.

When ants ‘starred’ in a Malayalam film

ZEE5 Original Bombers: 19 BTS pictures that prove making the show was so much fun! | Bollywood Life