SS Rajamouli is all praise for Mohanlal film Drishyam 2. The director sent a message to director Jeethu Joseph, describing the film as a masterpiece. 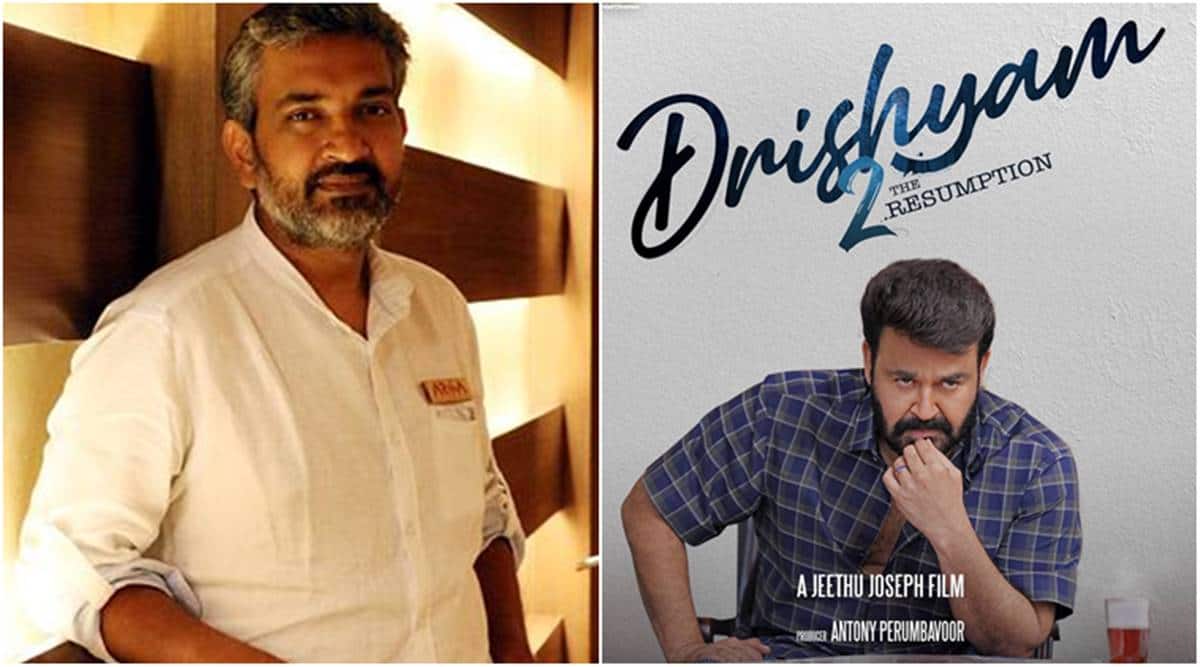 Director SS Rajamouli has called Drishyam 2 ‘nothing short of brilliance.’ The filmmaker sent a personal message to director Jeethu Joseph in which he was all praise for the Mohanlal-starrer.

“Hi Jeethu, this is film director Rajamouli. Watched Drishyam 2, few days back. It lingered so much in my thoughts that I went back to watch Drishyam’s first part. (I only watched Drishyam in Telugu when it released.) I must say the direction, screenplay, editing and acting, every craft is truly amazing. The writing is something else. It is world standard. The first is a masterpiece. But for the second one, to come up with a storyline that seamlessly merges with the first, with the same gripping narration, is nothing short of brilliance. Hoping to see many more masterpieces from you,” the text read.

In response to Rajamouli’s message, Jeethu Joseph wrote, “Thank you Rajamouli sir… I am honored…you made my day.”

Drishyam 2 released in February. The film’s Telugu and Hindi remakes have already been announced. While Telugu will star Venkatesh in the lead role, Hindi film will see Ajay Devgn reprising the role.

At a press event at Kottayam Press Club in Kerala, Jeethu Joseph hinted about the third installment of the thriller film. “I can’t guarantee Drishyam 3 will happen at this moment. If I get a good story, I will definitely do part 3. But, I won’t do it purely for profits. I will only do it if I am convinced that I have a good story at hand,” Jeethu told the media.

The director shared that he has already conceived the ending of the next sequel. “I have the climax of Drishyam 3 but only the climax. When I narrated it to Mohanlal, he also liked it. But, for the film to reach this climax, many things have to fall in place. There is no obligation to make the third film. I will try, if it doesn’t work out, I will let it go,” he said.

Hasmukh review: A matter of laughs and death

On a negative note

Hope to punch above the weight in ‘tricky’ Tokyo qualifiers

Venice Film Festival to go ahead with 2020 edition in September

Coleen Rooney’s son Kai, eight, shows off his back flips in Barbados